Everything was set, he thought. 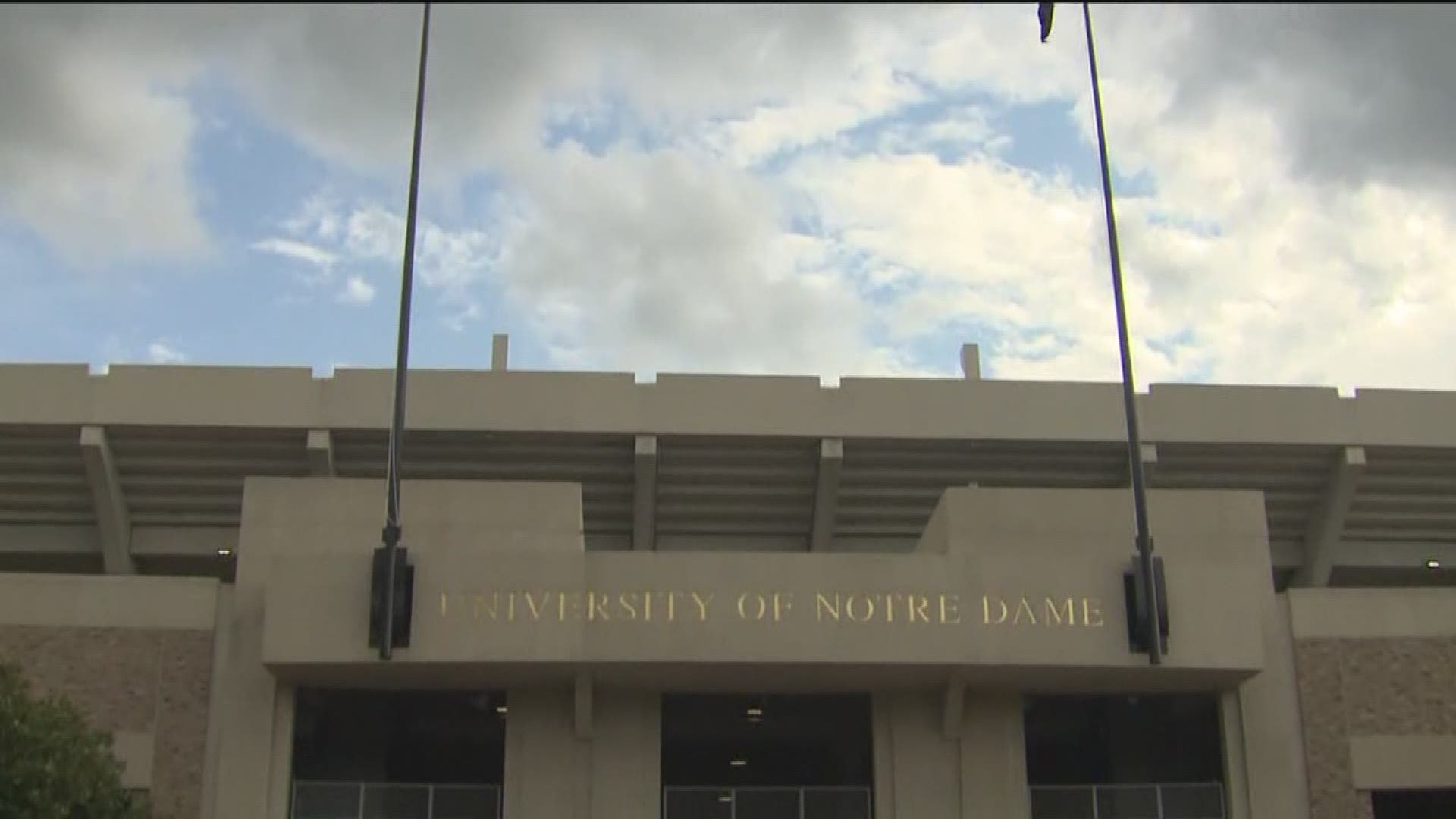 Seth Welch had the car packed and began the pilgrimage he and thousands of other Georgia Bulldogs fans planned for this weekend. His wife and his in-laws came along for the once in a lifetime trip for the Bulldogs' game against Notre Dame on Saturday.

It's the first time Georgia has ever played at Notre Dame Stadium. The two teams haven't met since the 1980 national championship -- the last time Georgia won it all.

Everything was set, he thought. Welch booked his hotel more than a year ago. On Thursday, he drove 13 hours to Indiana only to find out the tickets he thought he had secured in May, he's probably not going to get.

UPDATE: Sheriff says if Jeff Cook if doesn't get UGA fans their tickets: 'I'll throw his *** in jail'

Word has been spreading like wildfire about a ticket broker named Jeff Cook, who runs a ticket site called AllSports. Cook sold tickets to hundreds of Georgia fans, but recently he has begun sending notices that he cannot provide tickets to everyone.

"He kind of oversold our allotment. Myself and a couple other hundred Dog fans specifically got letters in the mail or got notified that he oversold his allotment and weren’t getting tickets," Welch said.

It was during the drive when Welch realized he was probably one of the hundreds that won't be getting a ticket from Cook, although he hasn't been able to get in touch with him to find out.

During the drive, they began scrambling. Calling, emailing, pleading with anyone they could to somehow obtain the most expensive college football ticket this season, which is averaging $1,168 each.

"The late notice was really the worst part. I haven’t heard from the guy," Welch said. "Word on the street is the Notre Dame fans that promised him tickets saw the Georgia fans were paying premiums for tickets and kind of held out, gave him his money back, and decided to sell them on their own on the market for higher dollar amount."

11Alive attempted to reach out to Cook, but he has not returned messages and his voicemail is full. Another fan echoed Welch's description of what happened, and said Cook was getting the tickets from UGA and Notre Dame sellers, but he had more Notre Dame tickets. After promising the tickets in August, the date kept getting pushed back.

People are desperately trying to get in touch with Cook. His address is listed on his website, and people have driven to his house to try and find out if they're getting their tickets.

Gary Wilbourn did just that and found a note on the door written by Cook:

Wilbourn ordered 19 tickets from Cook, but he only received two. He contacted the Putnam County Sheriff's Office, and they were added on to a complaint that was already filed against Cook.

"The sheriff had had a previous complaint and went to his house last Friday. The sheriff said after a while he opened the door and showed the sheriff where he had a stack of about 300 overnight envelopes and a stack of tickets. Cook told him he was getting them out as fast as they came in. The sheriff told us that until the game is played and we don't have our tickets he has not committed a crime," Wilbourn said.

According to Welch, Cook has refunded some fans who won't get tickets. Wilbourn and others have attempted to cancel credit card purchases to get their money back so they can try and find another way to get tickets. They've left reviews on Google and Yelp warning others about him, and one reviewer even said they experienced the same issue with Cook during the Masters in Augusta, Ga.

Welch was lucky, and found a Notre Dame donor who has tickets he's willing to send for $360 each, well below the average.

"Hopefully the guy comes through with us. He’s been honest with us up to this point," he said. "We’re going to Plan B, C and D until we can go into that stadium."