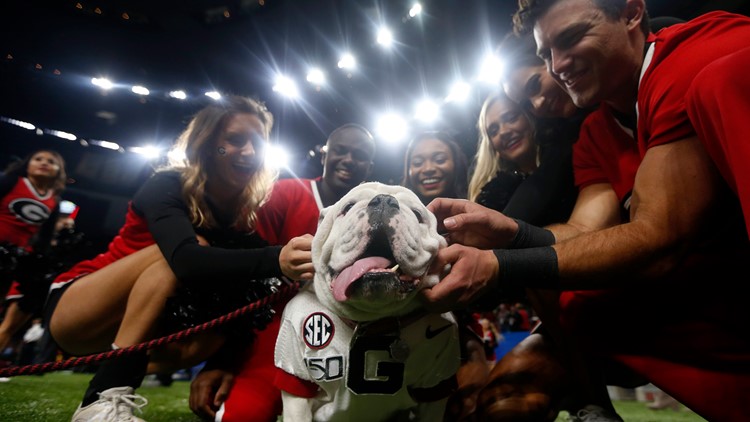 The Bulldog, whose real name is Que, was greeted by Baylor's much nicer mascots. They weren't live bears, so that likely helped. The two mascots sat and pet Uga before the game.

A year prior, Uga went to meet Bevo who became agitated and charged toward the bulldog.

The Sugar Bowl appeared to be an all-around better experience for Georgia. Last season, they lost 28-21 in a game that wasn't as close as it appeared.

Georgia came out this time around against No. 7 Baylor and had a well-balanced attack against the Bears.

Georgia leads 26-7 in the third quarter.

Your donations helped them get to the youth championship game. They won it all.