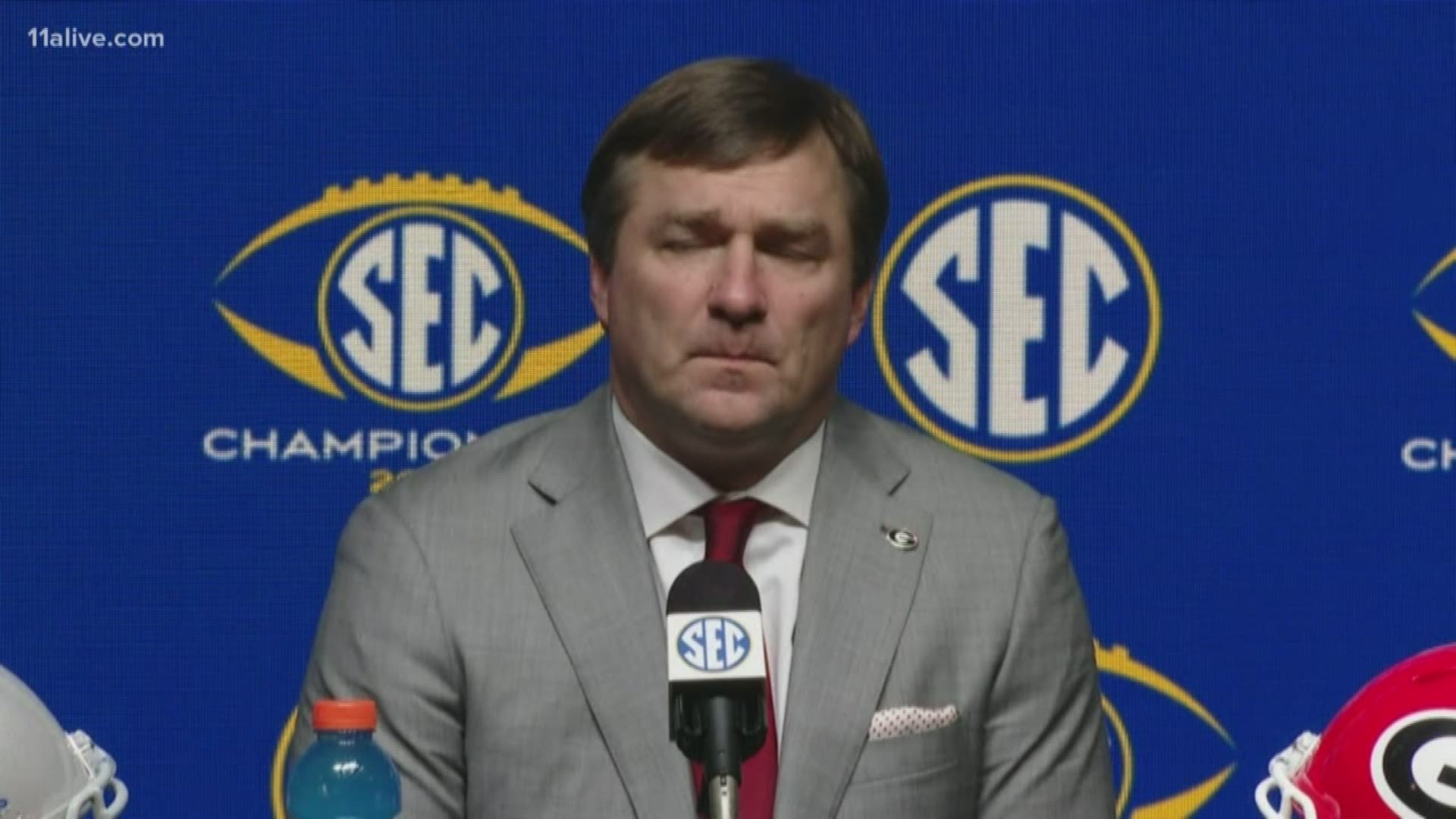 The No. 5 Bulldogs bounced back from their tumultuous Sugar Bowl performance against Texas a year ago and beat the No. 7 Baylor Bears 26-14 in the Sugar Bowl. Any question of whether the Bulldogs would show up to play was quickly squashed.

After a slow offensive start, there were murmurs that there had been no offensive improvement since No. 1 LSU stomped on the Dawgs in the SEC Championship. Then junior quarterback Jake Fromm completed seven consecutive passes to freshman George Pickens including a 27-yard touchdown to put the Dawgs up 10-0.

The touchdown was his eighth of the season, the most by any freshman in the country. Pickens had 12 receptions in the game and finished with 175 yards. He had the most catches by a Georgia receiver in a game since Isaiah McKenzie in 2016 who had 10 catches against Missouri. His performance tied Hines Ward's bowl record for receptions.

"What I love about George is he loves football," Fromm said when asked if he may return for his senior season to play more games with Pickens. "Seeing him do something like he did today, no surprise to us. And he's just going out and playing the game he loves."

It was a season of highs and lows for Pickens, who had many spectacular catches throughout the season. But he also was ejected during the Georgia Tech game for fighting and had undisclosed issues during the season.

When Pickens was asked about his season as a whole, Smart said, "Careful, George."

"It was a great season to be," Pickens said. "You win some, you lose some. I feel like every day, every practice, every walk-through we just fought. I like winning that way instead of winning the easy way out. I like fighting for the win."

When asked if he thought he had matured, Fromm stepped in and interjected a "Yes."

How's that for leadership.

RELATED: Uga gets along with Baylor mascots at Sugar Bowl

Before halftime, Fromm was able to get more receivers involved. He threw a dart to Matt Landers who made a diving catch to put the Dawgs up 19-0 after a failed two-point conversion.

The offense continued in the second half and even included a successful fake field goal. The holder, Jake Camarda, ran for a first down. Freshman Zamir White scampered for a 13-yard touchdown.

The Dawgs had 133 rushing yards and found holes despite an inexperienced line missing Andrew Thomas and Isaiah Wilson, both out getting ready for the NFL.

RELATED: LIVE BLOG: These are the players signing to Georgia teams on National Signing Day

D'Andre Swift played minimal snaps despite nursing a shoulder injury he suffered in the SEC Championship. Head coach Kirby Smart had a long hug with the junior running back after the game. Swift is likely headed to the NFL.

White got the start and rushed for 92 yards on 18 carries. Running back James Cook left in the first half with a rib injury.

Georgia's defense held Baylor to just two touchdowns despite the Bears averaged 35.2 points per game and more than 400 yards per game in the regular season. The Bulldogs were able to put pressure on quarterback Charlie Brewer, even with started Tyler Clark out, thanks to the likes of Devonte Wyatt, Azeez Ojulari and Adam Anderson. Richard LeCounte III had two interceptions.

Brewer and the Bears came out firing in the second half and scored their first points on their first drive. Brewer threw to Denzel Mims in the corner who was able to stay out in front of Eric Stokes. He scored on the ground in the third quarter.

While trying to help the Bears rally in the fourth quarter, Brewer left the game after taking a late hit by Travon Walker. Brewer hit his head against the turf. He did not return. The Bulldogs defense was able to shut down the Bears who continued to swap out backup quarterbacks without Brewer.

Now with the off-season beginning, the attention will turn to Fromm and his future. He said before the game that he had received his NFL Draft grade and would discuss his future with his family. He could return to Georgia to use his final year of eligibility.

Fromm threw for 250 yards, but still had occasional accuracy issues on Wednesday. He underthrew a would-be touchdown that was dropped by Demetris Robertson in the fourth quarter.

Questions about the offensive scheme will continue, but Georgia will be inspired by its young group of receivers who stepped up. Kirby Smart has continued to put pressure on the receiving corps and has suggested they are to blame for the offensive woes this season.

But another football season is gone for the Bulldogs. Georgia wins its first bowl game since 2018 when it staged a dramatic double-overtime victory in the Rose Bowl against Oklahoma.

It's not as sweet as a Playoff berth or playing in the game in the Mercedes-Benz Superdome next Monday.

But all in due time.