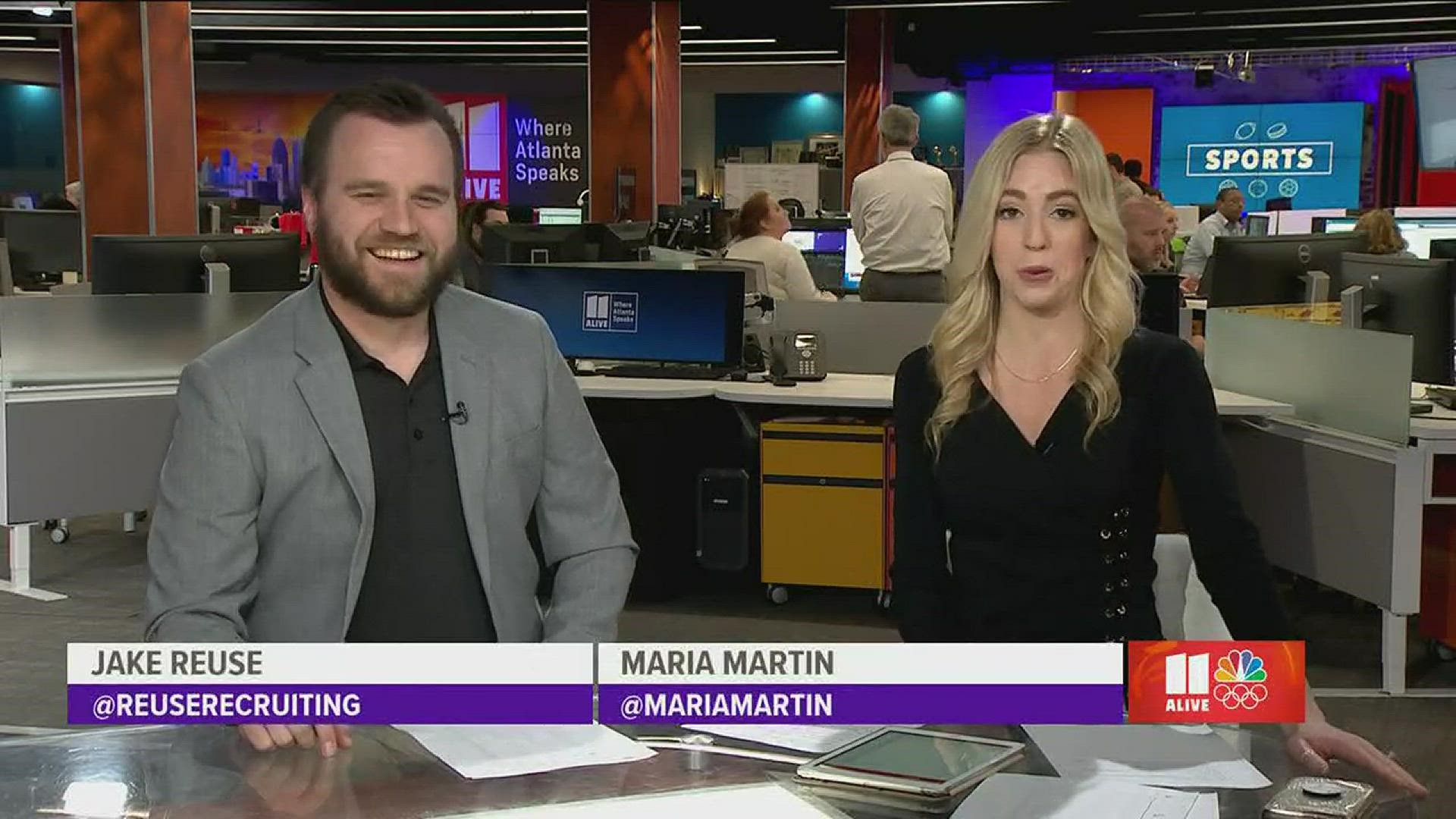 ATLANTA — It was a productive Wednesday for the Bulldogs where National Signing Day was concerned, as both Broderick Jones, the nation's No. 1 offensive tackle, and Sedrick Van Pran, the nation's No. 1 center, both held true to their commitments and officially signed with Georgia.

Jones, from Lithonia High School, is Georgia's longest-tenured commitment of the Class of 2020, originally announcing his pledge in April 2018.

Since then, he's taken visits elsewhere, but has seemingly remained steadfast in his decision.

While Auburn looked to be the main competition for the 6-foot-6, 300-pound lineman, Jones eschewed a final official visit to see the Tigers last weekend.

Arkansas and Illinois also earned official visits in January, but new offensive line coach Matt Luke was able to ensure that the Bulldogs were the final destination with an official visit and late in-home visit.

Van Pran, of New Orleans' Warren Easton High, committed to the Bulldogs in mid-August of 2019 and had received late pushes from both the Florida Gators and LSU Tigers.

In the end, however, it was his relationship with Luke that helped to assure the Bulldogs would be the ultimate destination.

The two were connected during Luke's tenure as Ole Miss head coach, and the relationship carried over easily when Luke was hired to lead Georgia's offensive line.

Both Jones and Van Pran spent their official visits to Georgia during the weekend of January 25.

By Rivals rankings, the day gave the Dawgs their third straight No. 1 recruiting class.