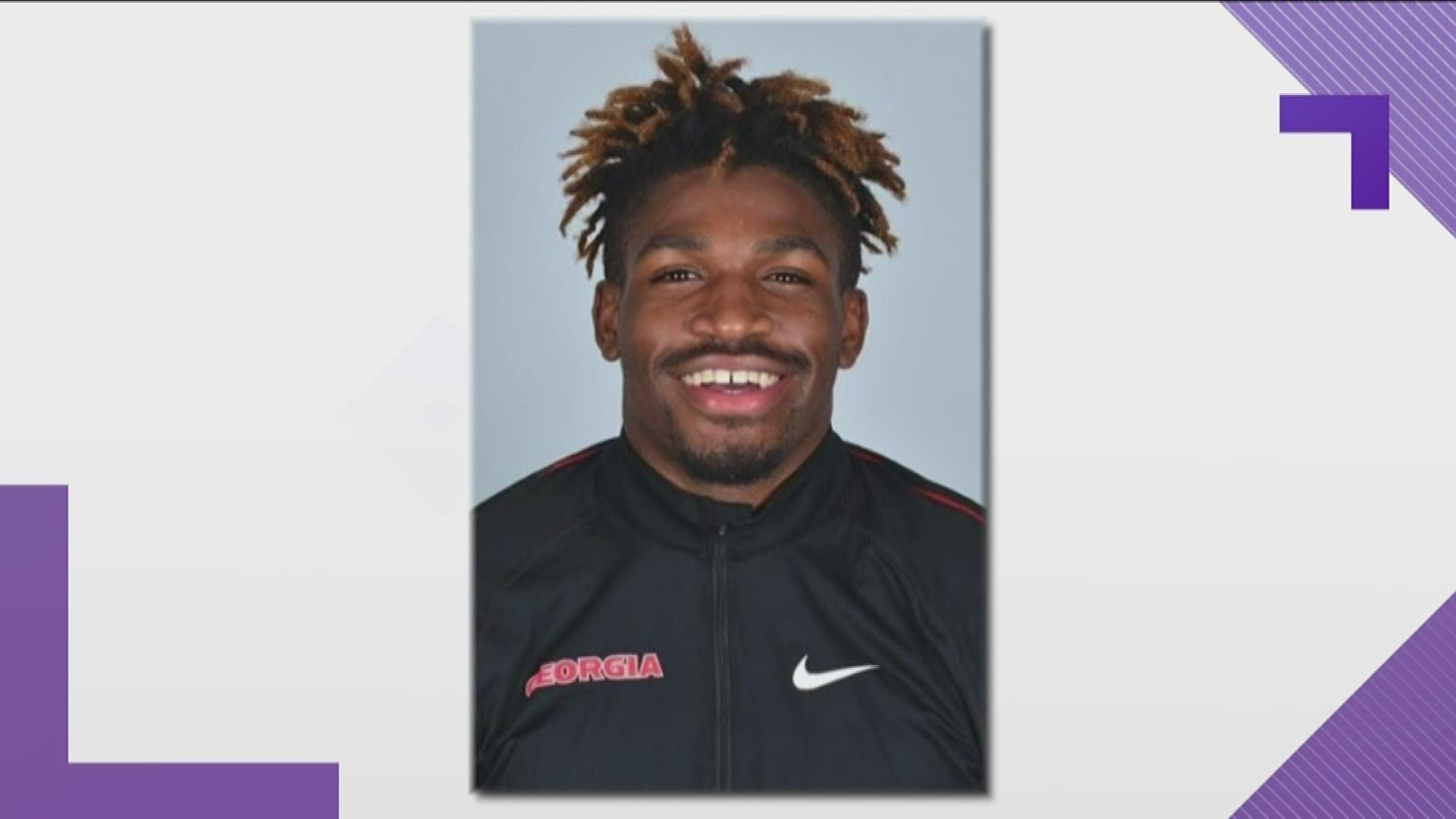 ATHENS, Ga. -- A University of Georgia sprinter from Covington was impaled while he was running a drill Tuesday afternoon, according to the student’s mother.

Elija Godwin, who is a freshmen sprinter on the team, was doing a backwards sprint drill on the infield and accidentally backed into a javelin.

11Alive UGA Insider Radi Nabulsi learned about the incident earlier in the day.

A statement from university said the javelin was sticking out of the field at an angle.

It went through Elija's back and punctured his lung. He immediately went down and his teammates packed the area with gauze until he could be rushed to a hospital for emergency surgery, according to the police report.

Medical personnel had to saw off the piece sticking out of his back to get him into the ambulance, but the front piece of the javelin was still in his chest.

Godwin successfully made it through surgery at Piedmont Athens Regional Medical Center. 11Alive's Kaitlyn Ross spoke to his mother who said he is out of surgery, off of oxygen and breathing on his own.

Ginger Luby, his mother, said her son has a collapsed lung and will likely be out for the rest of the season. Luby said she is so thankful that he's doing okay.

“We would like to express appreciation for all those who acted so quickly and efficiently in coming to the aid of Elija,” said Courson. “Special thanks to our sports medicine staff, UGA Police Department, Athens-Clarke County Fire-Rescue, National EMS, and Piedmont Athens Regional Medical Center.”

Attorney for alleged victims of UGA professor: 'They should never, ever have had to deal with this'