After being impaled by javelin, UGA sprinter said athletic training kicked in

Elija Godwin said that his mental strength is what got him through the trauma of the freak accident. 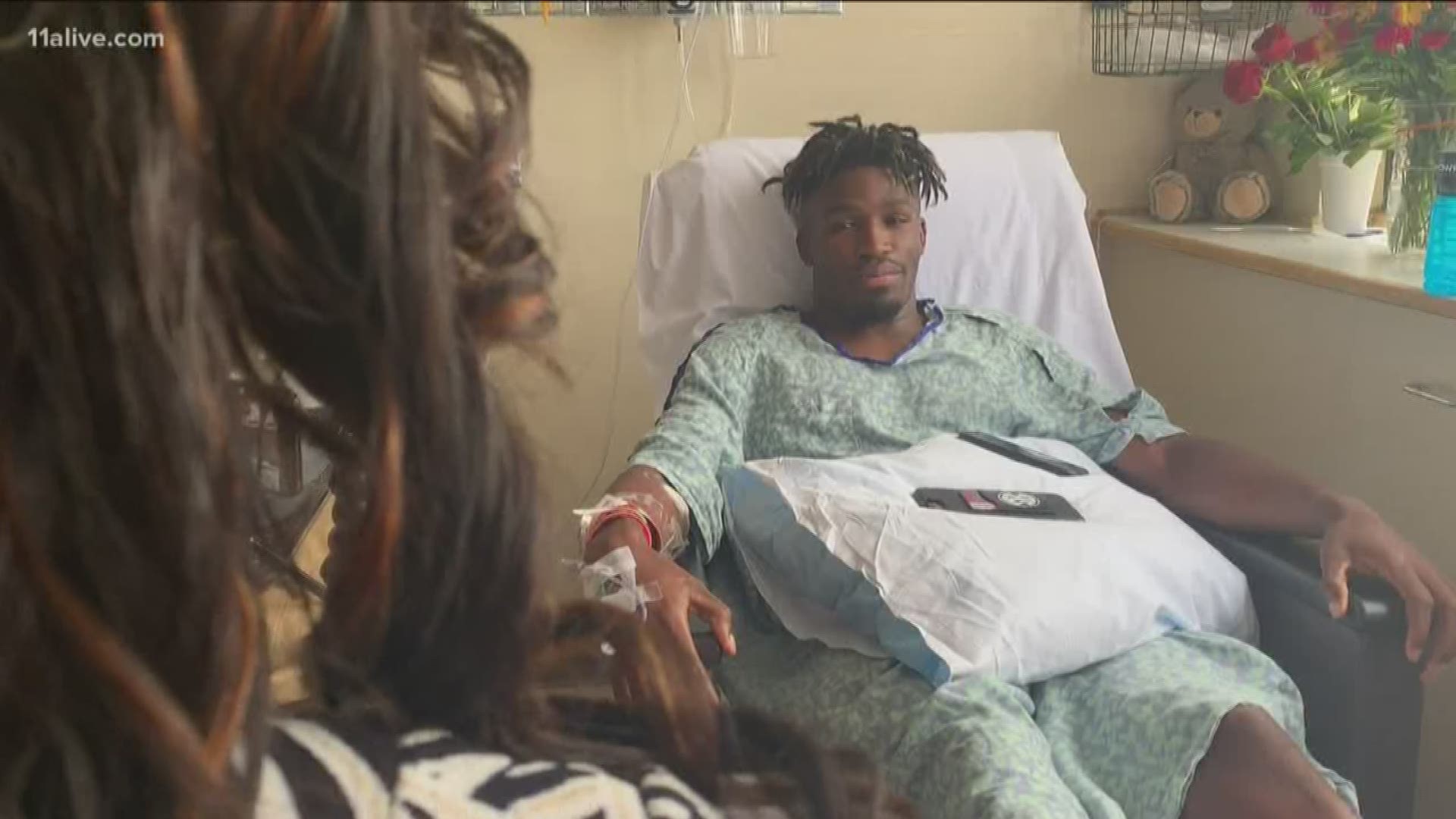 ATHENS, Ga. — When UGA freshman Elija Godwin was impaled by a javelin during track practice Tuesday, he said his body went into shock.

“Everything in my body just stopped abruptly,” Godwin said from his hospital bed at Piedmont Athens Regional Medical Center. His room is filled with flowers, balloons and cards from Dawgs well-wishers and family.

Godwin is lucky to be alive after the freak accident, which happened while he was running a backwards sprint drill and accidentally backed into a javelin.

“It’s (a drill) we do on a regular basis,” Godwin said. When his teammates saw the javelin piercing through his back, the trainers jumped in to help.

“They started doing everything they could … they just told me to be calm and stay alert and that’s what I did,” he said.

Laying down, he said he could feel the weight of the pole – but Godwin told 11Alive’s La’Tasha Givens that he never felt pain.

“I thought it was a poke … I could feel the weight of the pole,” he said.

Credit: WXIA
UGA freshman Elija Godwin is expected to make a full recovery after he was impaled by a javelin during track practice.

While the idea of a javelin sticking out of a body is a horrifying image, Godwin said something kicked in to help him survive – his mental training as an athlete. While his teammates packed the area with gauze until he could be rushed to the hospital, Godwin said he was able to compartmentalize the trauma – even though the front piece of the javelin was still lodged in his chest.

“I don’t feel like it was physical strength that got me through, it was mental strength … I get that through experience,” Godwin said. “I just focused on recovery immediately. I immediately wanted to start recovering.”

Godwin underwent surgery for a collapsed lung and will likely be out for the rest of the season, but UGA Director of Sports and Medicine Ron Courson said he’s expected to make a full recovery.

“I’m feeling fine, I’m feeling a lot better than I was before,” he said.

While cards and flowers from fans and friends tug at his heart – his mother, Ginger Godwin, has been his rock. While they will likely spend Mother’s Day at the hospital, he said he is nothing but thankful – for her, and the Dawg nation.

Credit: WXIA
Ginger and Elija Godwin at the hospital after Elija survived a freak accident during track practice.

“She made the surgery. She was here afterwards and she hasn’t left my side,” Godwin said. “I just want to thank everyone for the support that they gave me.”