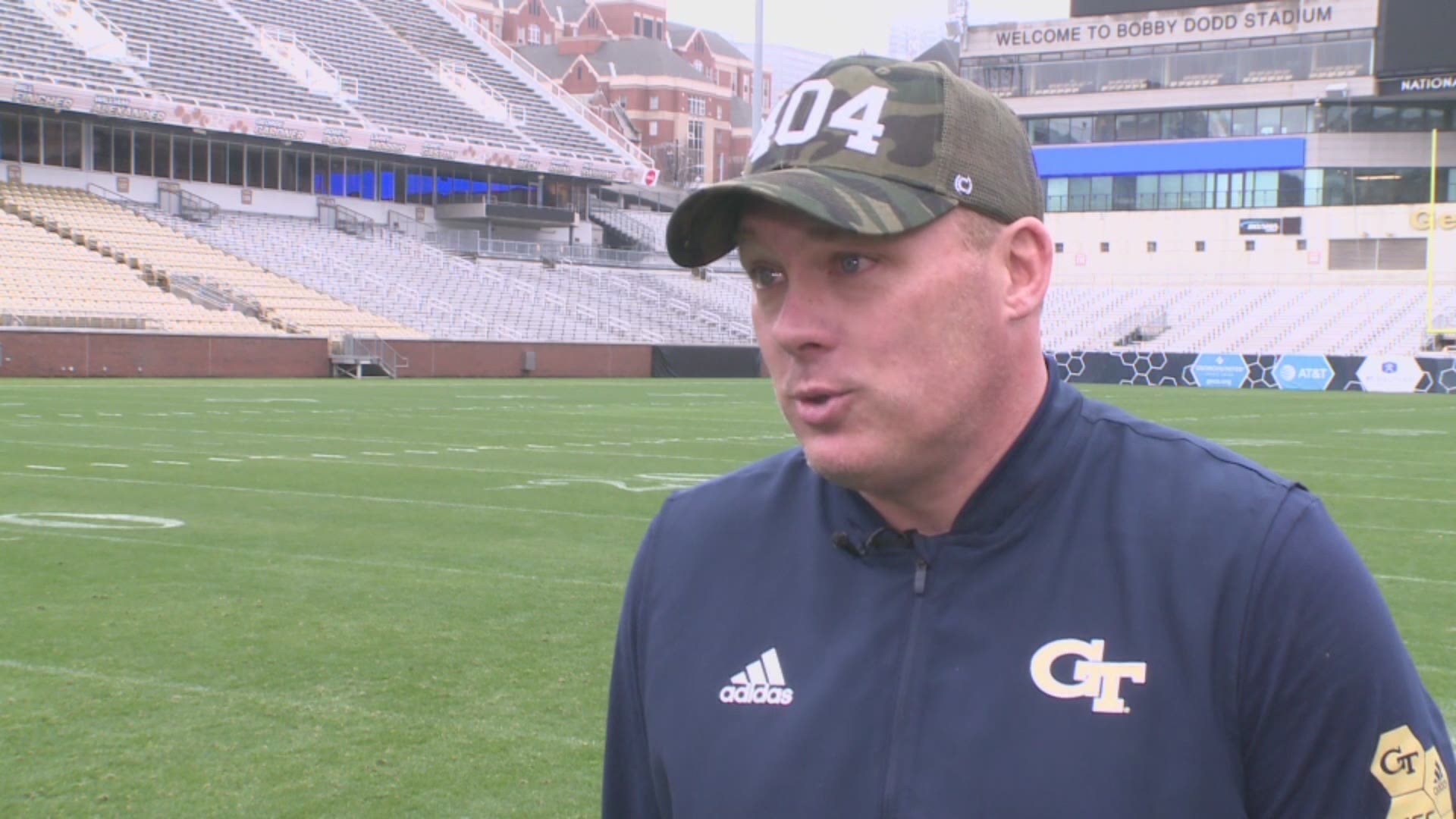 The man practices what he preaches.

For Exhibit A, when the Georgia native (nearby Conyers) finally landed his "dream job" in early December, Collins estimates his first nine breakfast-work sessions were spent at Waffle House, along the periphery of Georgia Tech's campus (Northside Drive).

For Exhibit B, good luck finding the coach during the workday without his ubiquitous souvenir coffee cup from Waffle House.

The sturdy white cup, adorned with the chain restaurant's renowned black-and-yellow logo, serves as a constant companion and energy source for Collins, who essentially spent the first two weeks on the job as the only coach on-site.

"It was a one-man show," laments Collins, when speaking to 11Alive Sports on National Signing Day (Feb. 6), momentarily forgetting his trusty WH cup.

During that crucial alone time, though, the Jackets were able "to hit the ground running" with recruiting and eventually land five notable prospects – including Rome tailback Jamious Griffin, a 4-star prospect and the 20th-ranked running back from the Class of 2019 (source: Rivals.com).

As part of Tech's long-term plan, Collins wants to recruit All-American blue-chippers and athletic prospects with NFL-caliber bodies (particularly in the trenches).

He also wants the school to step up with marketing and branding efforts – perhaps taking a cue from Waffle House, an iconic, billion-dollar operation that exists primarily on volume (heavy presence in the South and mid-Atlantic states), friendly service, loyal customers and perpetual word of mouth.

"This is a new era (of Georgia Tech football). It's such a great place. We're in Atlanta, the center of college football and home of the College Football Hall of Fame," beams Collins, who has coached at 11 different colleges.

"The Super Bowl just played here ... and Mercedes-Benz Stadium is just 0.9 miles away – one of the greatest places to play in college football. ...

"The conversation with college football should be here in Atlanta," says the 47-year-old Collins, who came to Georgia Tech after a successful two-year stint at Temple (15-10 record). 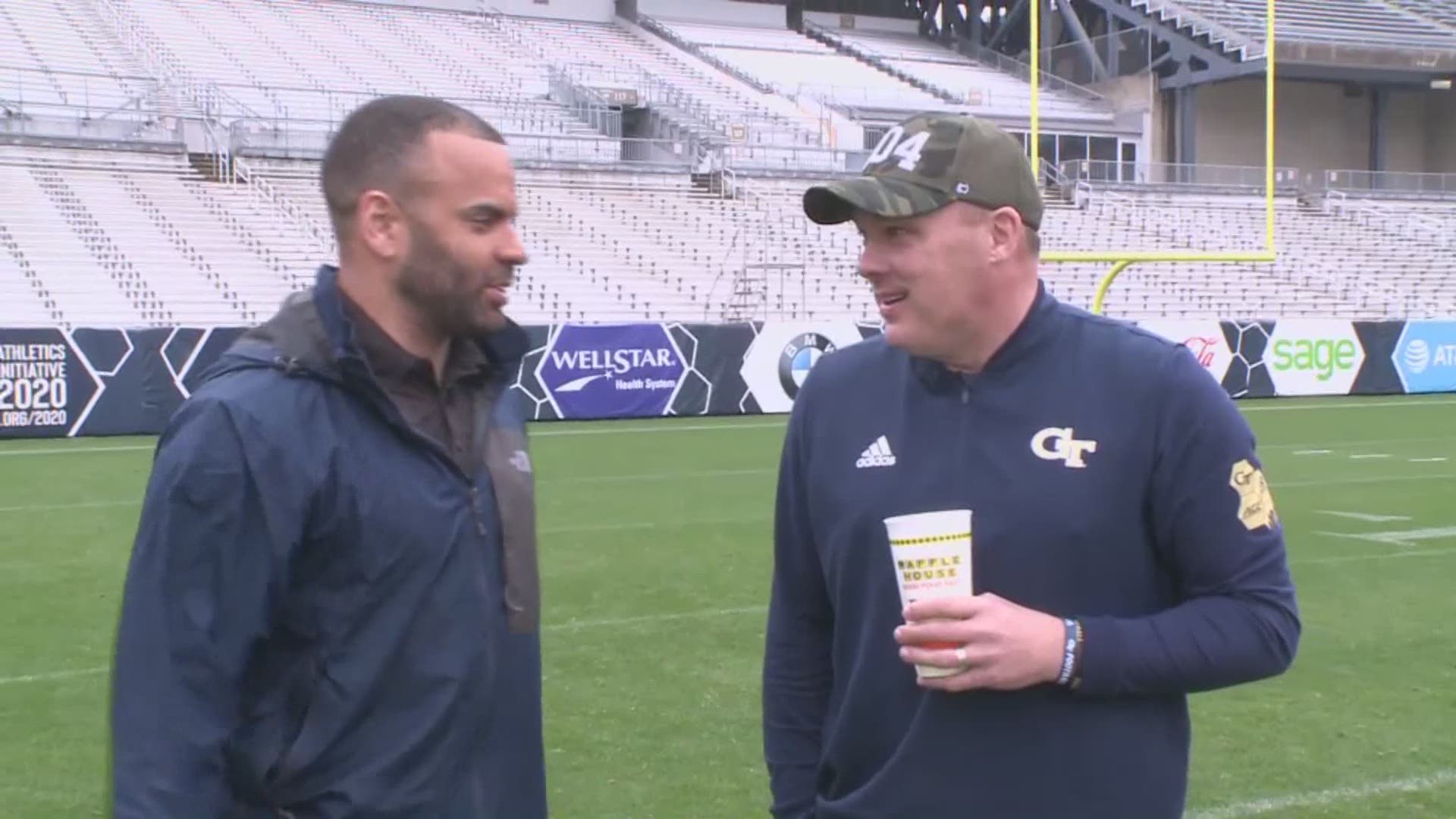 When perusing Collins' resume, which includes two assistant stints with Georgia Tech (1999-2001, 2006), the one-year apprenticeship under Nick Saban (2007 at Alabama) immediately stands out, along with the two-year run at Florida (under Jim McElwain).

And from a personality standpoint, it's easy to compare the charismatic Collins to his former boss at Mississippi State, Dan Mullen, who now presides over Florida's major overhaul.

But here's why Georgia Tech fans might pledge their full allegiance to Collins, sooner than later:

He's not shy about the ambitious task of competing with Alabama, UGA, Clemson, Miami, Florida, Ohio State, Florida State ... or any other heralded program that harbors plans of raiding metro Atlanta's fertile grounds for college-bound talent.

a) Georgia Tech now has a helicopter for the coaches' disposal, the first time in school history.

"I made sure it was a big thing for us," says Collins, wearing a wide smile.

Simply put, Collins "wants to send a message" that Georgia Tech will be a power.

b) Taking a page from Jim Harbaugh's playbook, Georgia Tech coaches will soon appear everywhere on the first day of open recruiting windows – showing up on doorsteps no later than 12:02 a.m.

"We must let everyone know that Georgia Tech is for real," reasons Collins.

c) The former players at Georgia Tech have already embraced Collins' vision of a brighter future.

"The fan base is excited, the former players are so excited about this (new) brand," says Collins, who played collegiate ball at Western Carolina (1989-92).

"They played great games (Bobby Dodd Stadium) ... their engagement in wanting to be back with the program means so much to me."

Around this time during Collins' interview with 11Alive Sports, the coach made a point of tilting his Waffle House souvenir cup toward the camera, even though filming breaks almost always hit the cutting room floor.

But Collins doesn't live in such a pessimistic bubble. He's always spinning things toward the positive.

Even when coaching at Temple, Collins found a resourceful way to hearken back to his southern dining roots.

But alas, eggs-over-easy salvation could be found in nearby Wilmington, Delaware ... a drive of only 40 minutes from the Philly city line.

"Being from the South, you tend to miss those things." 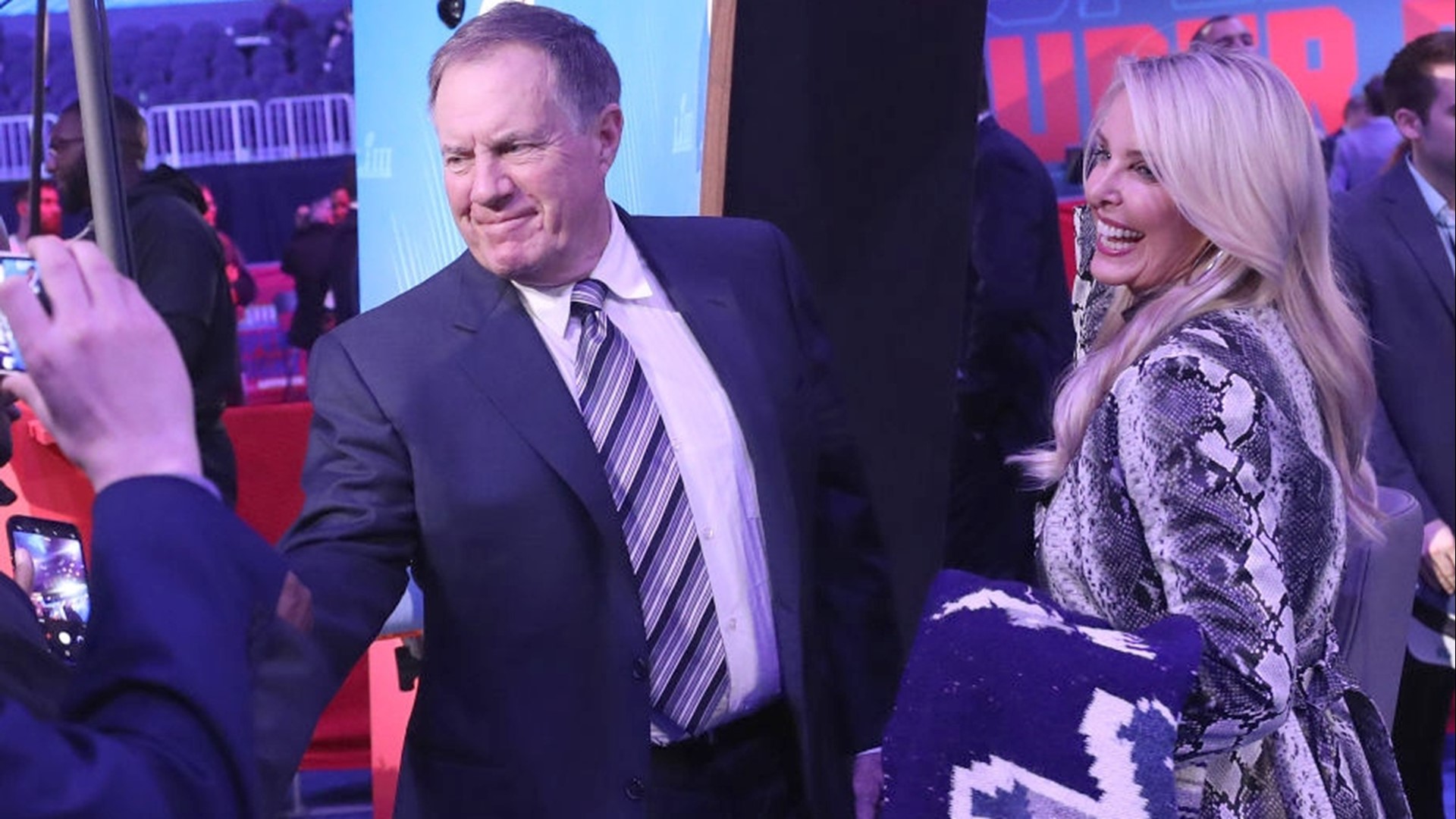