The former Falcon's running back is a recipient for SI's Muhammad Ali Legacy Award for his long-term efforts and philanthropy. 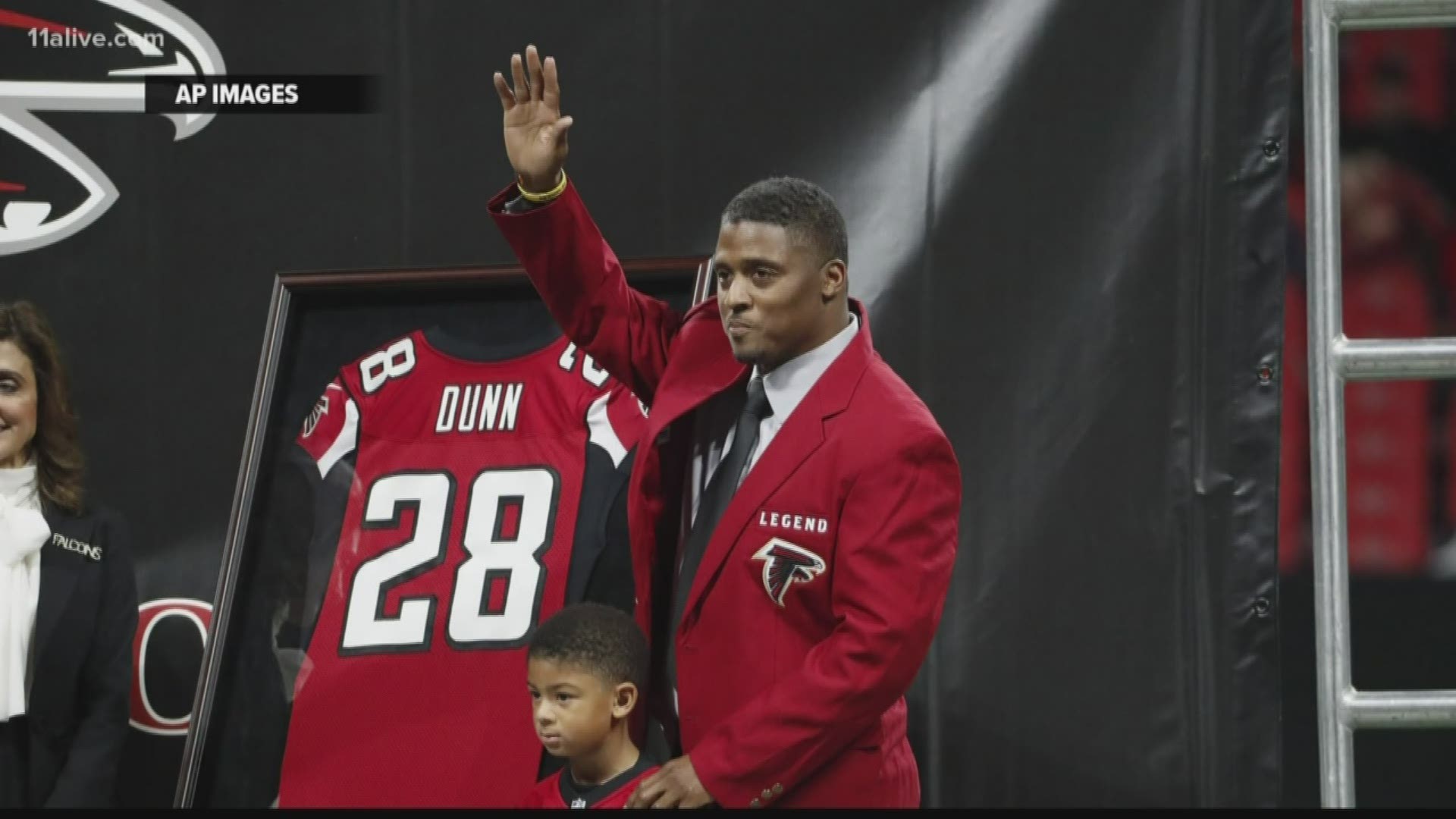 ATLANTA — Warrick Dunn will be presented with the Sports Illustrated Muhammad Ali Legacy Award for his long-term charitable efforts and philanthropy.

Dunn was drafted in the first round of the 1997 NFL Draft and spent 12 seasons in the NFL with the Falcons and the Tampa Bay Buccaneers.

At age 22, during his rookie season, Dunn started the Homes for the Holidays program as a tribute to his late mother Betty Smothers, a Baton Rouge police officer who was a single-mother of six killed in the line of duty.

The program provides economically disadvantaged single parents and their families with the opportunity to become homeowners.

In 2002, Dunn started Warrick Dunn Charities to increase his efforts, creating three additional programs that tackle poverty and increase improvements on the quality of lives for families academically, socially, and economically.

The standout has provided more than 170 homes through his charity, according to its website.

The Sports Illustrated's Muhammad Ali Legacy Award celebrates and recognizes the ideals of sportsmanship and athletes who use their platform to have an impact on the world.

Dunn will be presented at SI's Sportsperson of the Year event on Dec. 9 at the Ziegfeld Ballroom in New York City, according to the magazine.