The series will determine whether Atlanta or Milwaukee head to the NBA Finals. 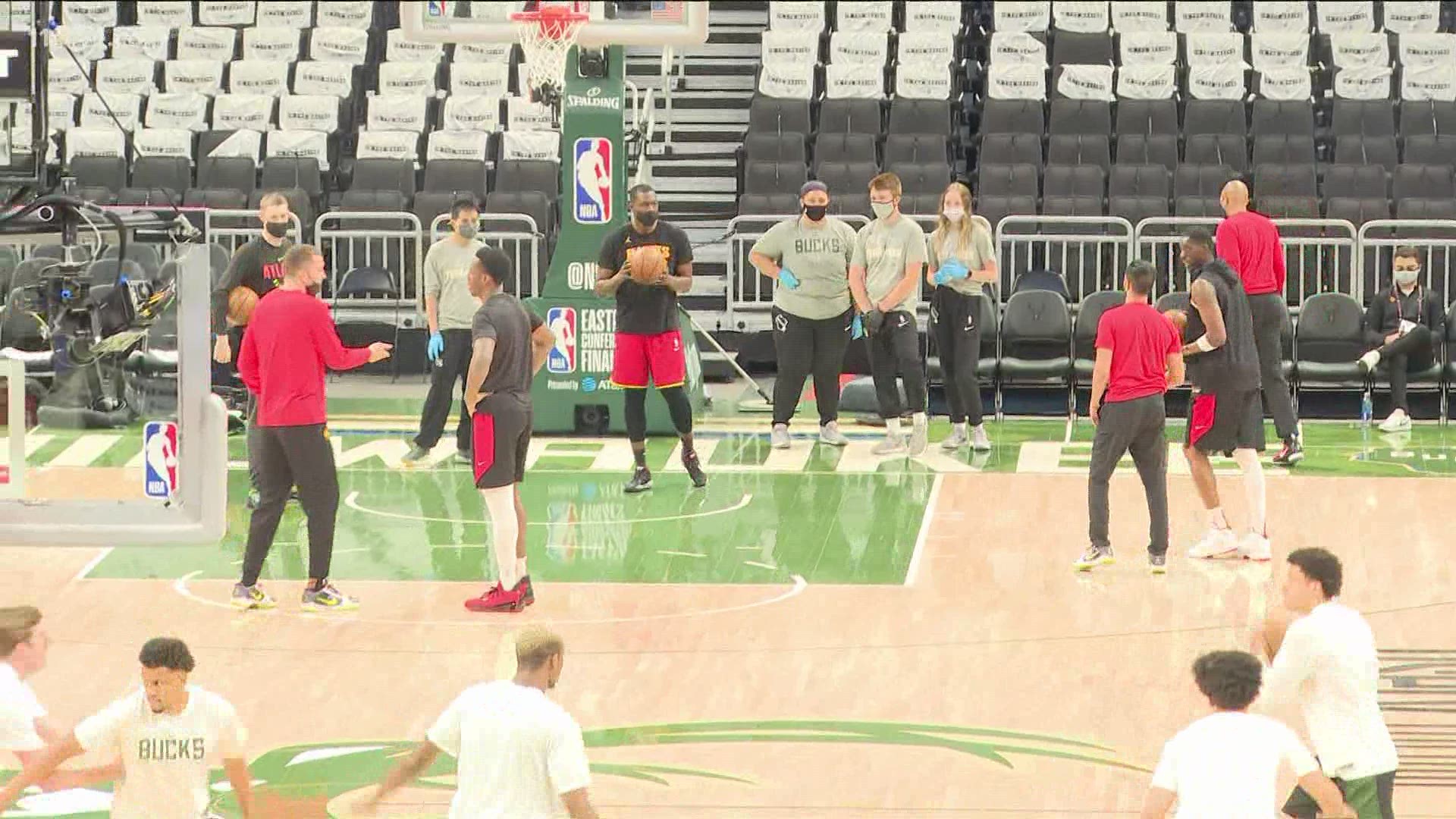 ATLANTA — Update: The Atlanta Hawks defeated the Milwaukee Bucks in the first game of the Eastern Conference Finals. The final score is 116-113.

The victory was won on the road.

The Hawks tip off the Eastern Conference Finals tonight in Milwaukee, a series that will give them the chance to advance to the NBA Finals for the first time since 1961 - when they were the St. Louis Hawks.

Atlanta last reached this stage in 2015 - but there's a bit more buzz about the team this time. Back then, they were up against the LeBron James-led Cavaliers, and were swept out of the series 4-0.

This time, the team's motto - "Believe" - reflects the why-not-us? swagger that has carried the Hawks past two favored opponents in the playoffs so far, including the top-seeded 76ers in the last round.

Here are some things to watch out for:

The Bucks were one of the best three-point shooting teams in the NBA this year (ranking fifth in percentage on eighth-most attempts), but they've gone seriously cold in the playoffs - shooting just 31.2% on threes, nearly eight percent worse than their regular season figure.

This is where the injury to De'Andre Hunter, who's probably the best perimeter defender on Atlanta, really hurts.

The Hawks for their part have allowed opponents to shoot 37.7% from three so far in the playoffs, which isn't great, but they found ways to win against the 76ers even in games where Philly was hitting their threes.

On their own end, the Hawks have shot threes a bit worse than they did in the regular season, though not nearly to the extent the Bucks have. Bogdan Bogdanovic is clearly the guy Atlanta needs to get in a rhythm - he's hit just one of his last 14 three attempts across the last three games of the Philly series.

Hawks center Clint Capela is as well-positioned as anyone to try to do that, as one of the league's most reliable rim protectors and inside deterrents as a defender.

Likewise, Trae is of course Atlanta's most important offensive player, and Holiday is considered one of the best on-ball point guard defenders in the game.

Despite pretty ugly Game 7, Young has mostly been consistently excellent for the Hawks in the playoffs, averaging over 29 points a game in the playoffs so far. He hasn't been very efficient (41.3% shooting), but he tends to make up for that by getting to the free-throw line.

The one time he faced off with Holiday, he shot just 3-17 and scored 15 points in an 11-point loss in April.

How have they done against each other before?

The teams played three times - with the Bucks winning twice and the Hawks winning one of them.

Obviously, as everyone knows by now, the Hawks flipped a major switch after interim coach Nate McMillan took the reigns at the beginning of March. So the April split of two games suggests at the least that the Hawks can play Milwaukee tough.

There's not a whole lot else that's immediately instructive from those games, though - Trae Young didn't even play in the April 25 victory, and in the April 15 loss Atlanta actually outshot Milwaukee from three, 41.2%-37.2%.

Just as with Giannis having a better game against Atlanta when the Hawks actually beat the Bucks, both of those would seem a bit counterintuitive.