Brian McCann will throw to Evan Gattis. Both players were on the Astros in 2017. 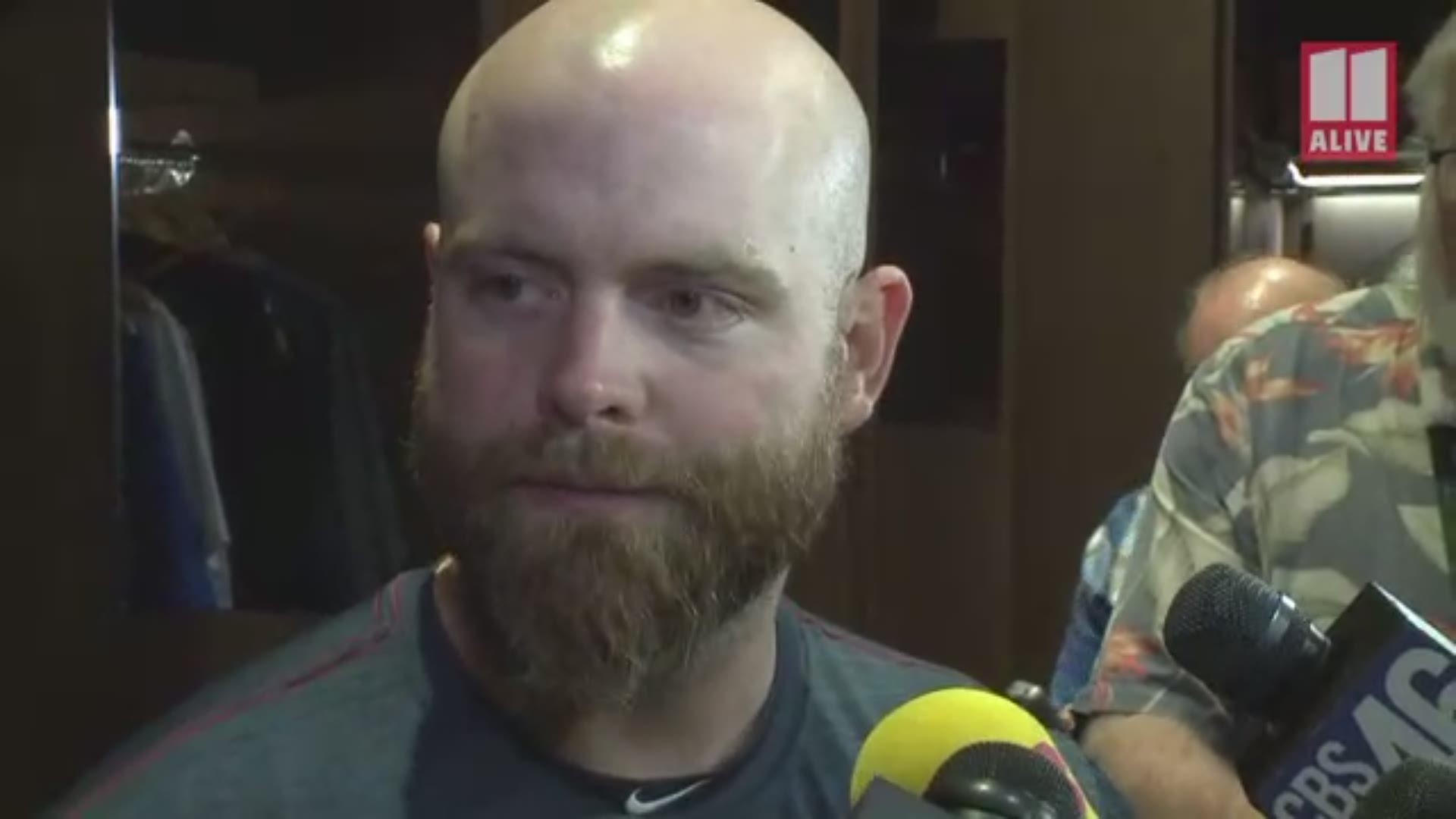 The Braves aren't in the World Series (as Atlanta knows all too painfully), but they'll have a presence at it as Game 1 gets set on Tuesday night in Houston.

Brian McCann, who announced his retirement after the Braves' Game 5 loss in the NL Division Series to the Cardinals, will throw out the first pitch to former Atlanta and Houston teammate Evan Gattis.

McCann and Gattis were the Astros' primary and backup catchers when Houston won the World Series in 2017.

The two were teammates in Atlanta before that, during the 2013 season.

McCann is getting something of a hero's send-off following a 15-year career that saw him hit collect 1,590 hits, knock 282 home runs and appear in seven All-Star Games.

"I grew up watching the Atlanta Braves, we all did, and I was fortunate enough to watch his career,” Brave star Ronald Acuña said through an interpreter after McCann announced his retirement. “What else is there to say about him? Veteran, superstar, the tremendous seasons he had. Just a perfect career. He has a tremendous impact for your organization."

According to MLB, superstar gymnast Simone Biles will throw out the first pitch before Game 2 of the World Series.