Anthony Tillman came from Korea to surprise his daughter at her high school graduation. 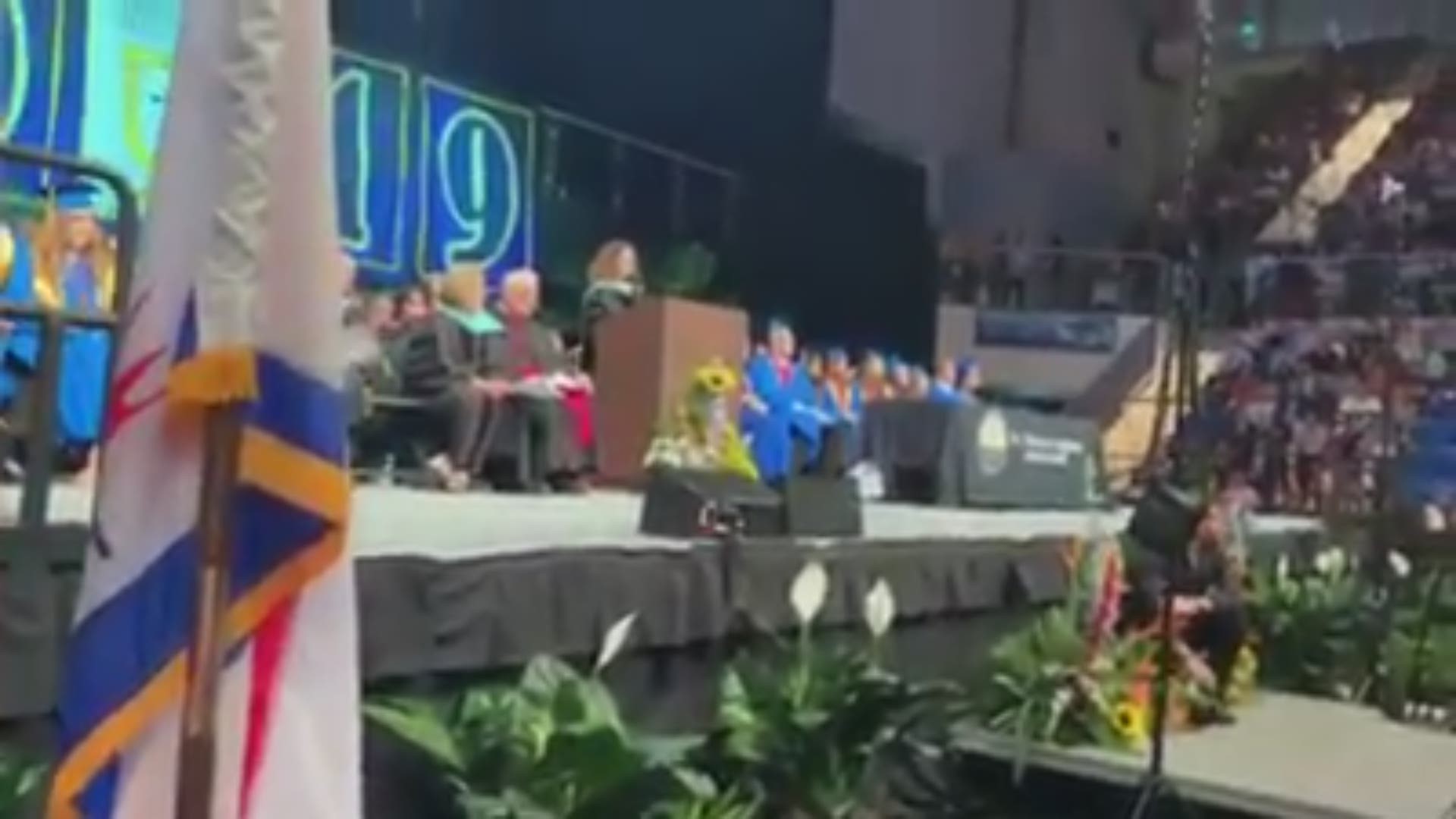 As if graduation day isn't monumental enough, senior Kayla Tillman had the surprise of a lifetime Sunday when her dad traveled from Korea to surprise her during the ceremony.

Kayla, who was graduating from St. Thomas Aquinas High School in Fort Lauderdale, Fl., was called to the stage for the special moment. As she was about to return to her seat, a school administrator stopped her.

"Kayla, we thank you and your family for the sacrifices you have made to defend our freedom," she said.

Anthony walked onstage, to Kayla's shock. The room burst into applause as father and daughter shared an emotional hug. The two hadn't seen each other in 10 years, and have communicated over FaceTime as Anthony has served overseas, according to St. Thomas Assistant Principal Margie Scott.

Anthony, a tank commander, surprised school officials when he showed up on Sunday prior to the ceremony and asked to execute the special reunion. School officials quickly planned the surprise.

"It was rough on her and I’m proud that she finished school while dealing with the fact that her dad was in the Army and not there like her friends’ dads were. For the situation we were in, I’m so proud of her,"  Anthony told Good Morning America.

Kayla and her younger sister Lena are enjoying spending time with their dad after the emotional surprise.

HeartThreads are the best stories about the best of us. Want more? Follow us!