County officials warn several of their digital systems are offline as they attempt to get to the bottom of the problem. 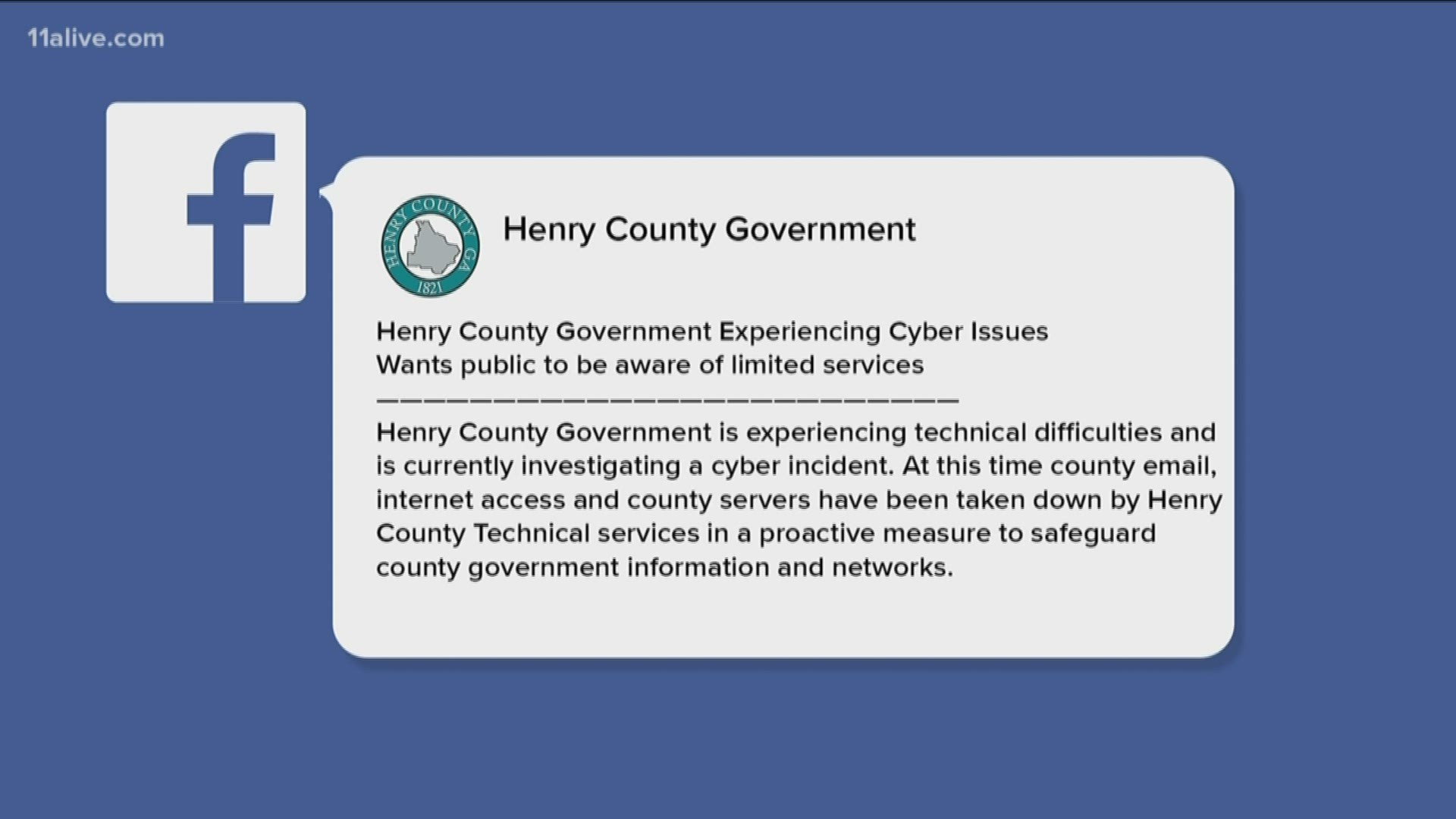 At around 7:59 a.m., the Henry County Tax Commissioner reported being unable to collect payments for property or business licenses. It was one of the first public notifications that something was awry in the county's computers.

By 8:32 a.m., Henry County reported on social media that it was experiencing technical difficulties that were leaving the internet, email and some phone services unavailable.

The damage report at 9:33 a.m. still referred to the problem as "technical difficulties" impacting services but said that the Motor Vehicle office was still open for tag registrations. Courts were also open, but copies of court records were unavailable.

But by 3:04 p.m., the phrase "cyber incident" was used in an update that added that county servers were included among services taken down as a "proactive measure to safeguard county government information and networks."

"The Henry County Technology Services Department is working with government partners including the Georgia Technology Authority and the FBI to identify the issue and rectify any persistent issues," the county said on one of the handful of digital services that was still available to them - Facebook.

Several records were reported unavailable but the county said public safety wasn't impacted by the problem.

By 8:29 p.m., the county warned that services would likely be unavailable on Thursday, referring locals to a handful of numbers that were still functional.

The county has stopped short of calling the incident an all-out cyberattack, though the symptoms match other cities - including Atlanta - who have been the target of them in years past. The FBI was also called in during some of those investigations.

11Alive is working to gather more information. Check back for updates as they become available.

DJJ board votes to remove commissioner weeks after 11Alive investigation

Pigs loose on interstate after semi overturns on I-65S ramp