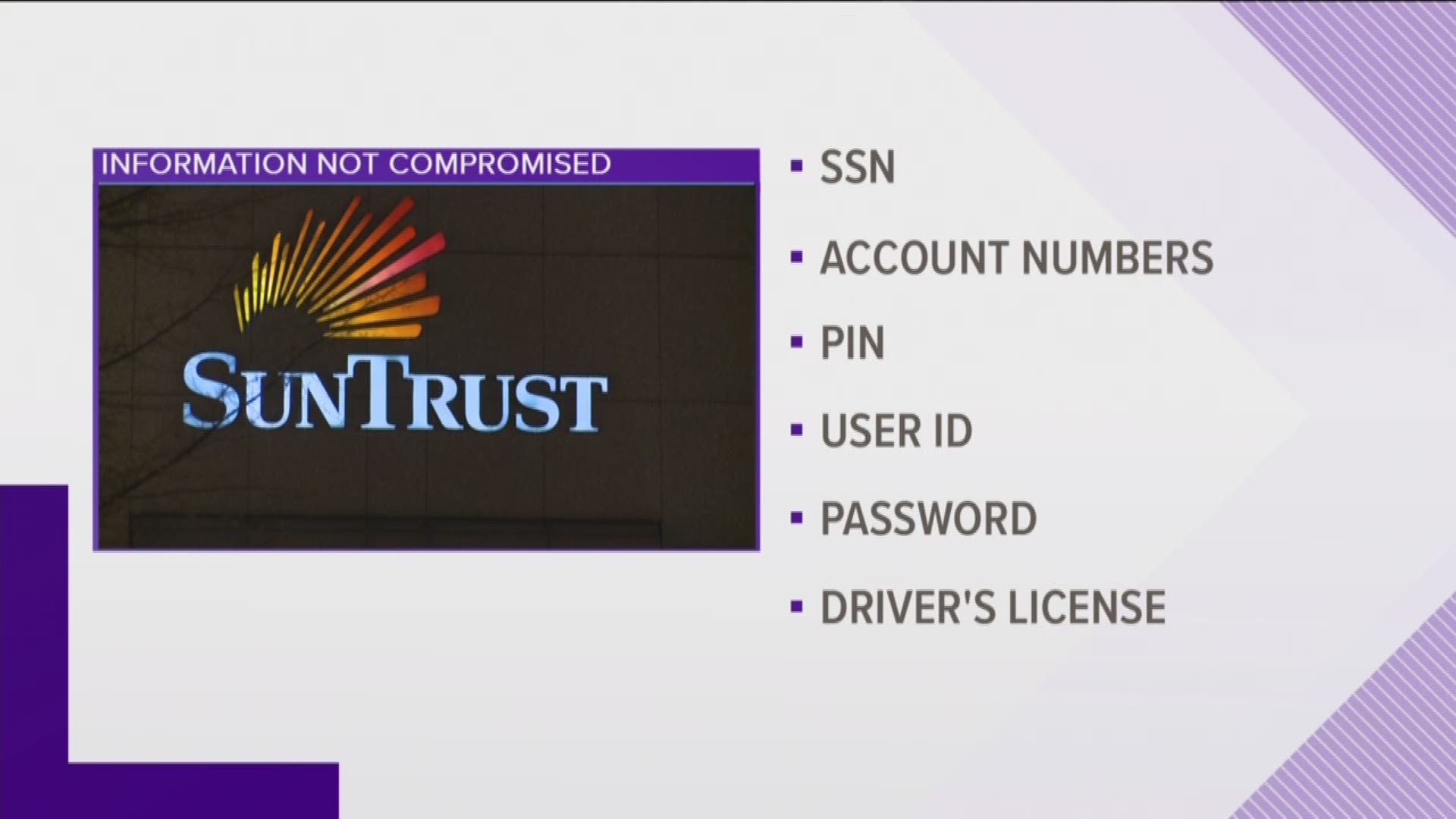 ATLANTA -- A lawsuit has been filed against SunTrust Bank after the company revealed a potential data theft may have compromised the private information of 1.5 million customers.

The lawsuit was filed Thursday by Morgan & Morgan in the U.S. District Court for the Northern District of Georgia on behalf of Angelica LeRoy, Curtis Smith, and Loretta Smith, as well as all others impacted.

The lawsuit alleges that if SunTrust had taken security more seriously, the theft of its customers’ data would have been prevented.

On April 20, SunTrust said a former employee had gained access to the names, addresses, phone numbers, and account balances of 1.5 million customers. The bank said this employee may have printed the information and/or sold it to a third party.

In addition to damages, the lawsuit seeks to force SunTrust to implement stronger security measures to protect the private and confidential information of its customers.