Images were released by NASA Friday, less than 24 hours after the Perseverance rover successfully landed near an ancient river delta to search for signs of life. 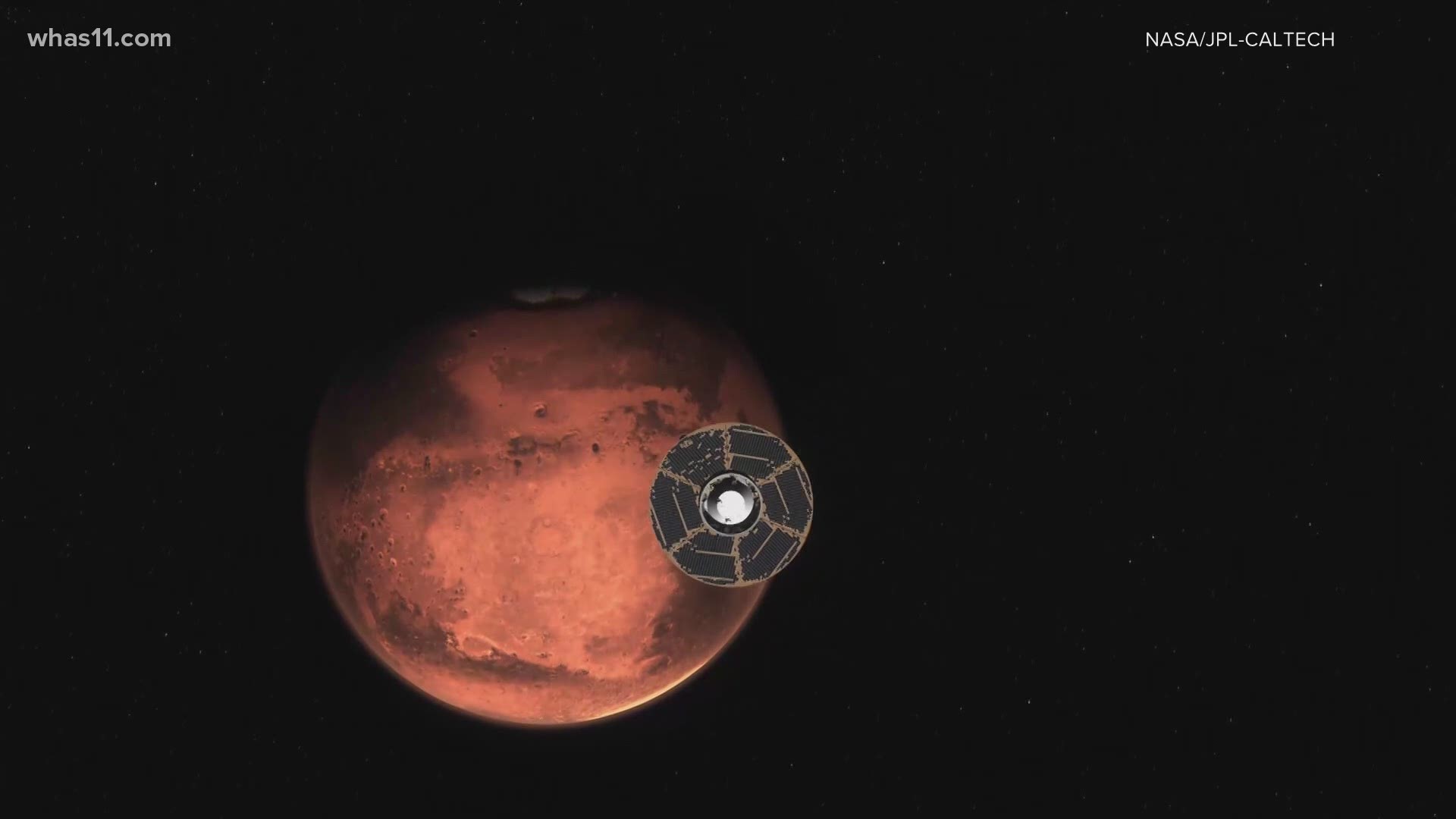 The world got its first close-up look at a Mars landing on Friday, as NASA released a stunning picture of its newest rover being lowered onto the dusty red surface.

The photo was released less than 24 hours after the Perseverance rover successfully touched down near an ancient river delta, where it will search for signs of ancient life and set aside the most promising rock samples for return to Earth in a decade.

NASA equipped the spacecraft with a record 25 cameras and two microphones, many of which were turned on during Thursday's descent.

Credit: NASA
Photo dated Thursday, Feb. 18, 2021, but released by NASA Friday Feb. 19, 2021. The Perseverance rover is lowered towards the surface of Mars during its powered descent. (NASA)

The rover is shown in stunning detail just 6 1/2 feet (2 meters) off the ground, being lowered by cables attached to an overhead sky crane, the red dust kicked up by rocket engines. NASA promises more photos in the next few days and possibly also an audio recording of the descent.

"This is something that we've never seen before," flight system engineer Aaron Stehura noted at a news conference. "It was stunning, and the team was awestruck. There's just a feeling of victory that we were able to capture these and share it with the world."

Chief engineer Adam Steltzner called the picture "iconic," putting it right up there with photos of Apollo 11's Buzz Aldrin on the moon, Saturn as seen by Voyager 1, and the Hubble Space Telescope's "pillars of creation" shot.

A number of thumbnail images have been beamed down so far, too many to count, said Pauline Hwang, strategic mission manager for surface operations. "The team went wild" at seeing these first pictures, she said.

"We were just kind of like on cloud nine .. this weird dreamlike state, we can't actually believe this is what we're seeing," she said.

The spacecraft is healthy, according to officials, after landing on a flat, safe surface in Jezero Crater with just 1 degree of tilt and relatively small rocks nearby. For now, the systems still are being checked. It will be at least a week before the rover starts driving.

While the team has been busy with data coming back from @NASAPersevere related to descent and landing, they were able to open the Hazcam pipeline today: https://t.co/RQPNYAmqsQ Join us tomorrow at 2pm ET for more images and video from the #CountdownToMars: https://t.co/ZlJ2xHNI0a pic.twitter.com/S1iKD3FjEV

The Associated Press Health and Science Department receives support from the Howard Hughes Medical Institute's Department of Science Education. The AP is solely responsible for all content.