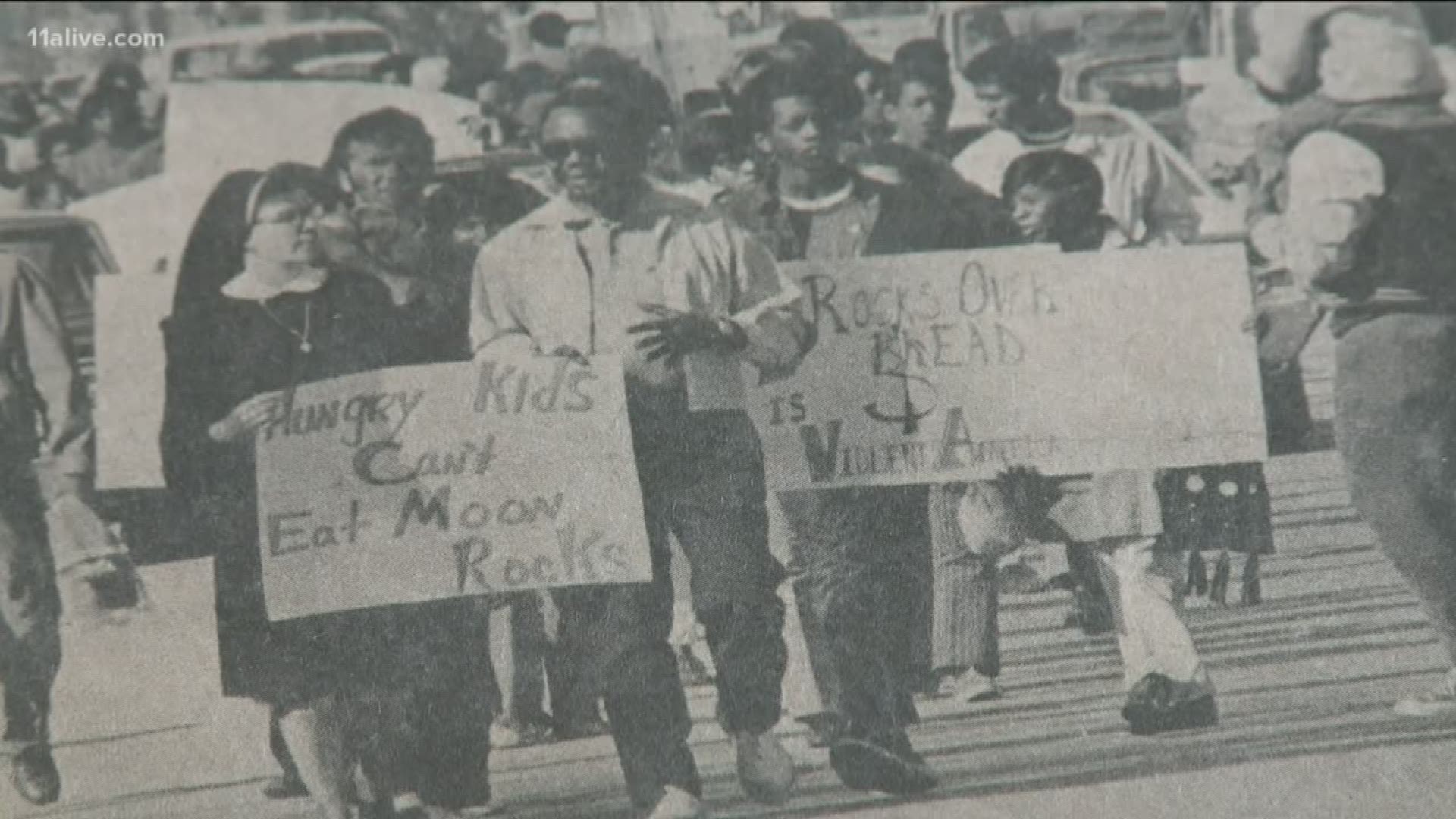 ATLANTA — This week America is celebrating the 50th anniversary of the first moon landing.  What many may forget is that the space program had its critics in the 1960s – and some of them were prominent Atlantans.

As the Apollo 11 astronauts prepared for launch, a bus on the grounds near the Kennedy Space Center emptied – and Atlanta civil rights figures Ralph Abernathy and Hosea Williams emerged to lead a protest against the space program.

“I think he was, as many of those men on the inner circle of Dr. King (were), still out of his mind (with grief)," said Elizabeth Omilami, daughter of the late Hosea Williams.

Abernathy and Williams' NASA protest came 15 months after the murder of Dr. King. Williams, Abernathy and other King lieutenants had struggled to keep the civil rights movement energized in King’s absence.

"So what a better thing to get the issues of poverty and hunger on a national scale than to march on the moon launch?" Omilami said last week in an interview with 11Alive.

When President John F. Kennedy challenged America in 1962 to reach the moon, NASA had already launched five manned rockets, and the government was spending $5.5 billion a year on space.

"A staggering sum! Though somewhat less than what we pay for cigarettes and cigars every year," Kennedy told a crowd at Houston's Rice University, where he gave his "before this decade is out" speech about reaching the moon.

Even in 1960s money, the cost was staggering – $25.8 billion by the time the Apollo program ended.

"On the eve of one of man’s noblest ventures, I am profoundly moved by a nation’s scientific achievements in space," Abernathy said during the protest.

Abernathy recognized the historic moment while decrying what he called “an inexcusable gulf between America’s technological abilities and our social injustice.”  NASA responded by inviting some of the protesters to watch the Apollo 11 launch in the VIP section.

"Not to say the moon launch was a bad thing. But your priorities, America-- let’s take a look at your priorities," Omilami said, adding that her father and Abernathy were right to protest the cost.

It took years, but politicians kind of came around to Williams and Abernathy.

After he was re-elected, President Richard M. Nixon cancelled the final Apollo launch for budgetary reasons.

And NASA is all-but out of the business of launching astronauts into space because of cost.