Highest pollen count day of the year so far in Atlanta

It's the first time this allergy season it's surpassed 3,000. 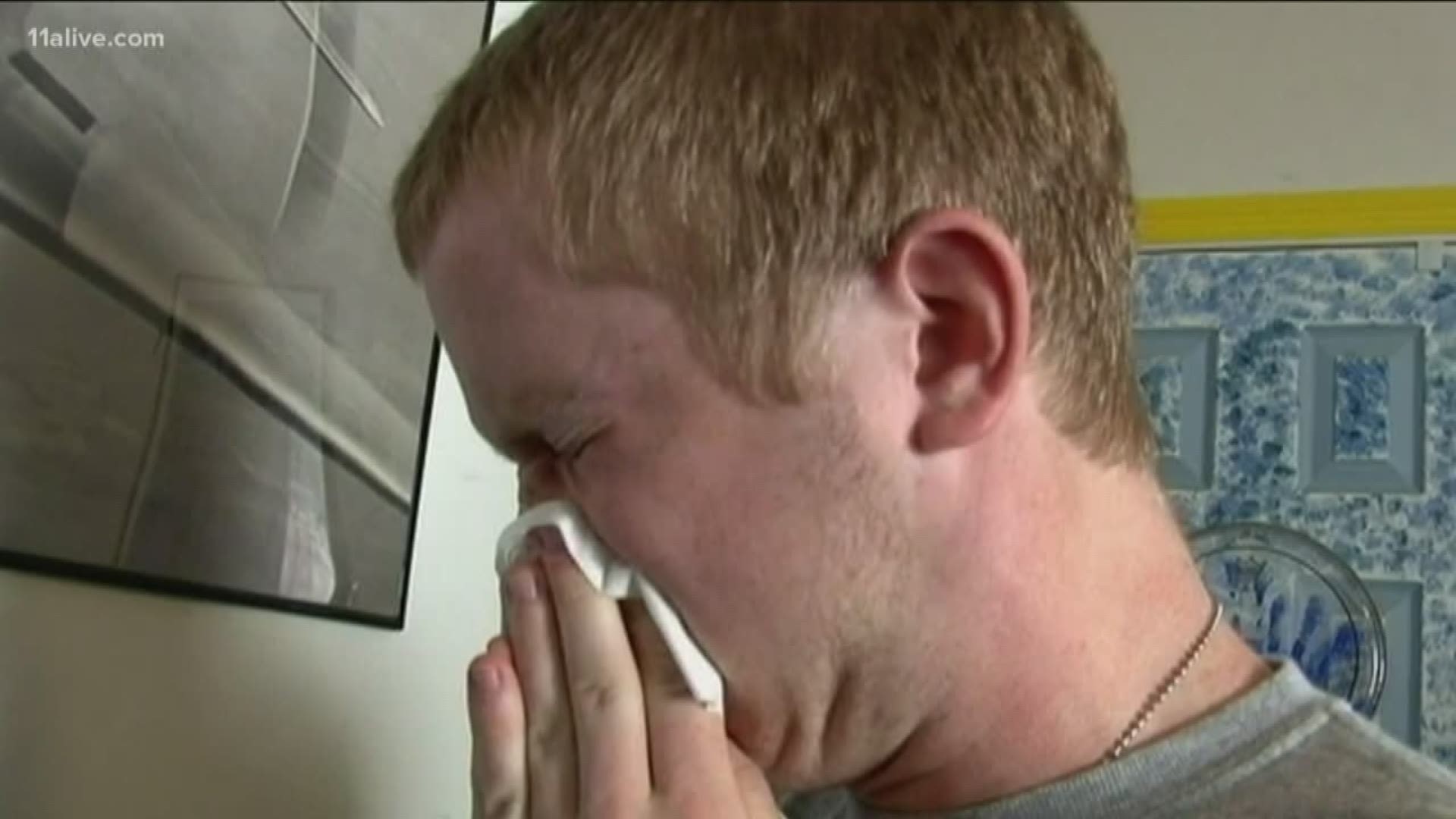 ATLANTA — If your eyes are itchy and you're especially sneezy today, don't get too paranoid about coronavirus - it's the worst pollen day of the year so far.

According to Atlanta Allergy & Asthma, which tracks daily pollen counts in the area, today's count has soared to 3,697.

That's the worst day yet this year, and would have been the fourth-highest count last year. According to Atlanta Allergy & Asthma's figures, most of it is coming from trees - oak, pine, hackberry, juniper, mulberry and so on.

RELATED: Know the difference between COVID-19, flu and allergies

Grass pollen is also between moderate and high, while weed pollen is very low. Mold activity is on the high end.

The pollen has returned with a vengeance after rain largely suppressed it earlier in the week.

11Alive StormTracker Wes Perry said it was a record high for the year.

It's easy in some respects to mistake seasonal allergic responses to coronavirus symptoms - the biggest thing to remember is that more prominent coronavirus symptoms include fever, cough, shortness of breath and difficulty breathing, rather than, say, the sneezing or runny nose that can come with allergies.

Coronavirus has likely been in Georgia since last year, governor tells 11Alive

Tuesday's pollen count second highest of the year, so far