The protest was in conjunction with other demonstrations around the world. 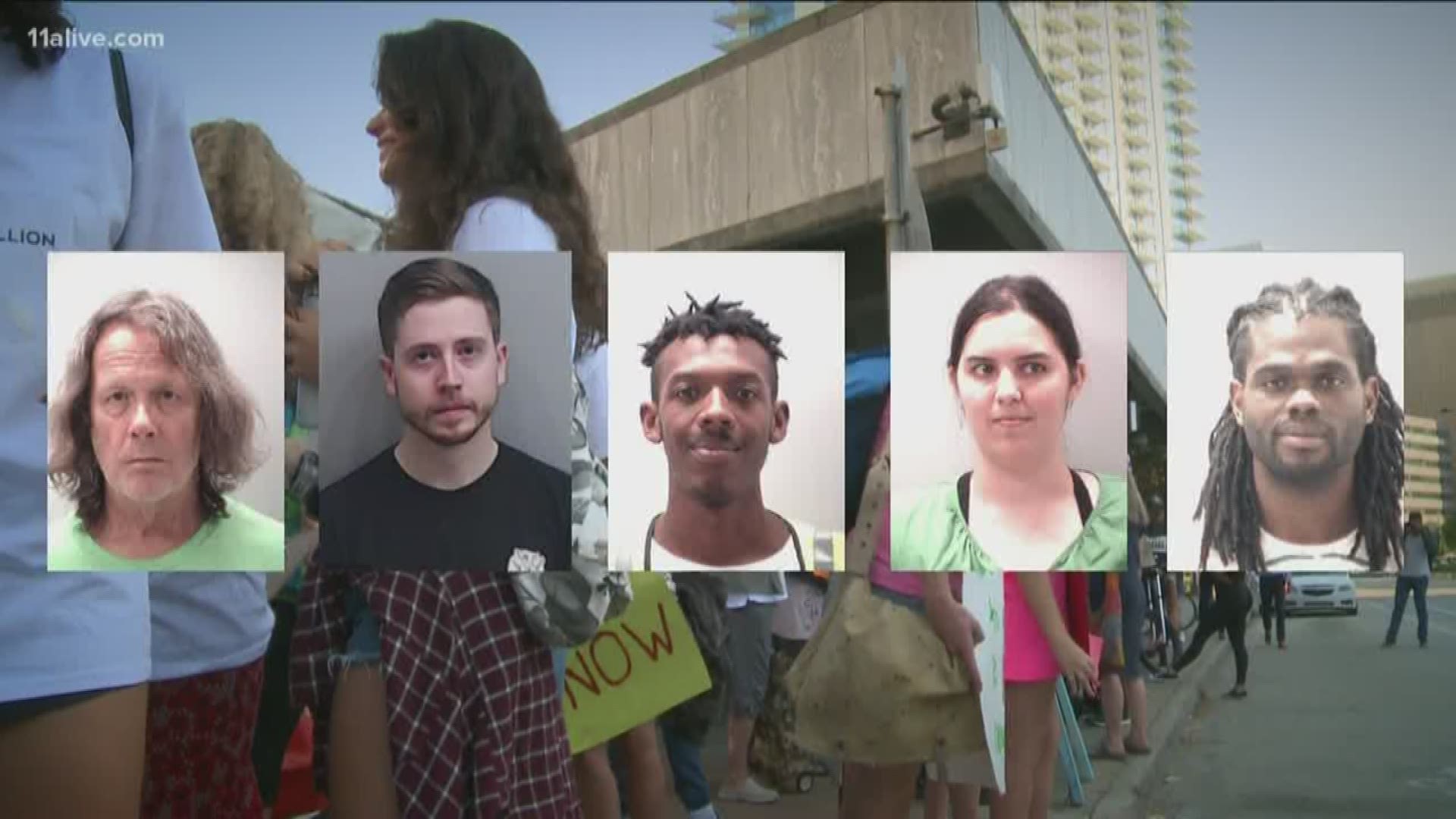 ATLANTA — Police say 19 people were arrested in climate protests in Atlanta on Friday, nine people at an original Buckhead site as well as "additional arrests" in Midtown and Piedmont Park as the protest moved on.

Atlanta Police said in a tweet the demonstrators were arrested for blocking traffic in the area around the Buckhead MARTA station, where the protest was being held. A later tweet said more arrests were made in Midtown after protesters attempted to block streets there, as well.

"I'm out here because I believe that we have an imminent climate catastrophe," one protester, Chelsea Allen, said.

She said without action, she believed "all life on earth is in peril."

"We want to be on the right side of history, and to be able to say that we did everything we could," she said.

"Obviously they have a right to peaceably assemble," he told 11Alive. "We just wanna be here and make sure everybody stays safe, and not create a dangerous situation by getting in the street."

One protester said the police response was "very predictable" as the Buckhead action slowly broke up.

"We have a few hundred people and an entire police department came out and shut us down," he said.

"There were a lot of cameras out today, and the more cameras out the more video we have of police arresting kids just fighting for a planet to live on," another protester said. "That's the point why we're out here today. We're raising awareness, but we're also showing what happens when you try to raise awareness in a carceral system like this."

Allen explained that the Buckhead area was chosen for the protest so it could "get the attention of folks in power."

"This is a very powerful area, you know, lots of upper class business folks commute here and live here," she said. "So we wanted to get folks' attention that might not otherwise know what a big deal it is and how action needs to be made now."

A climate protest is being held outside the Buckhead MARTA station Friday morning, police say.

Atlanta Police Public Affairs Director Carlos Campos confirmed the protest, which is set to begin at 9:30 a.m., is related to climate change.

It comes on the heels of a global climate strike last week that drew dozens of people in Atlanta to the steps of the Georgia Capitol Building. Another round of climate strike demonstrations was expected today.

The latest round of protests was inspired by Swedish teenager Greta Thunberg, the AP reported. The 16-year-old spoke gained global attention with her impassioned rebuke at the United Nations this week of world leaders for being passive on climate change.

Thunberg said she planned to attend a protest in Montreal.

Atlanta Police advised in a Facebook post that the "gathering may have an impact on traffic flow" and asked drivers and pedestrians in the area to "please be mindful of the participants and our police presence."

The Buckhead MARTA station is located at 3360 Peachtree Rd., NE. The stretch of Peachtree Road around that spot is expected to be impacted by the protesters.

"Officers will be in the immediate area to ensure everyone's safety and assist with traffic flow," the APD's Facebook post said.

Climate anxiety: Many young people wonder if they have a future