A Marietta couple says their dog died from exposure to the toxic algae after they went swimming at the lake last weekend. 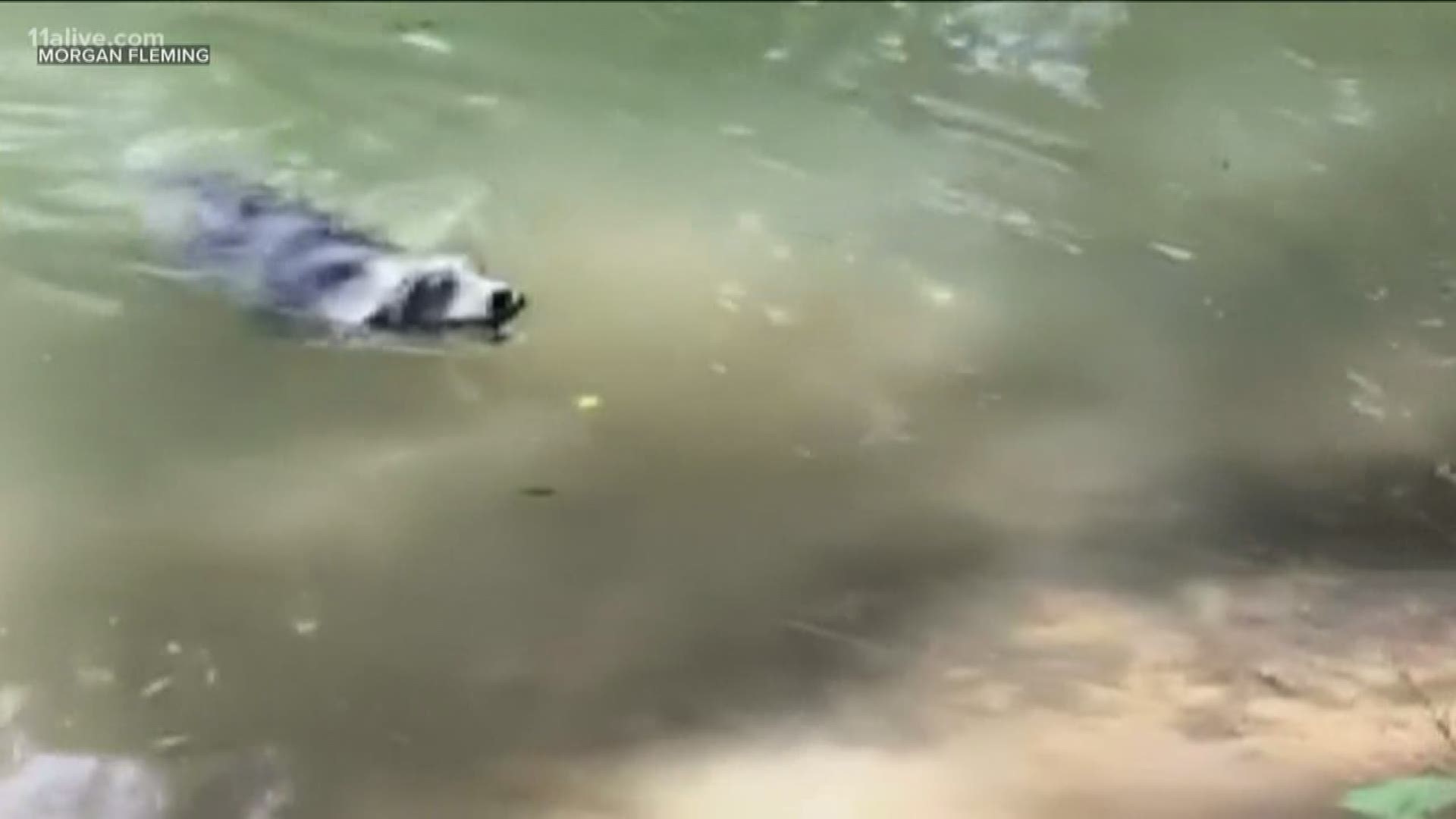 The Georgia EPD told 11Alive that it learned of the reports of algal bloom in Lake Allatoona on Monday, and collected samples from the site where the dog a is believed to have gotten sick and later died.

The agency said the tests were shipped overnight to Georgia College and should be available either later Tuesday or Wednesday.

Dog owners around the state have been concerned since a couple shared the story of their border collie’s death last weekend. Morgan and Patrick Fleming said their dog, Arya, began vomiting on the way home after having “the best day playing ball and swimming around” at Lake Allatoona.

The dog died shortly after that. No autopsy was performed, but the Flemings said they believed blue-green algae was the cause.

Another case last weekend, in North Carolina, saw three dogs belonging to the same owner die after contact with the algae.

Blue-green algae: 3 tips from a vet to keep your pet safe

The algae “blooms” are really a bacteria, cyanobacteria, that’s highly toxic to dogs and causes sudden liver failure. It’s most easily spotted by the thick, greenish muck it clumps together in at the surface of standing bodies of water like lakes and ponds.

The EPD said it had never before been notified of blooms in Lake Allatoona.

“However, we are aware that algal blooms have been observed in a couple of other lakes. In these lakes, the lake managers watch the bloom, kept EPD informed, but levels were not nigh enough to warrant swim advisories,” the agency said.

The agency said the results in all those tests were normal.