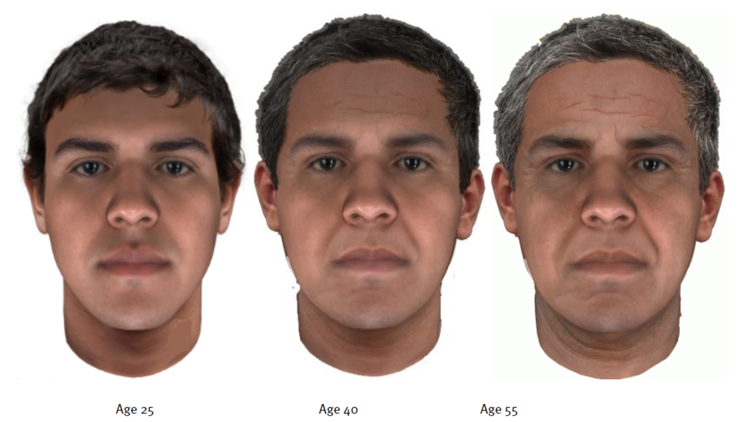 Photo by: Fairfax County Police Department
A DNA technology company is using unidentified DNA evidence to predict the physical appearance of a suspected killer in a 2006 cold case.

FAIRFAX COUNTY, Va. — When two women in their 70s, both named Marion, were murdered within four months of each other in 2006, police were stumped. The women lived just two miles apart in Springfield and shared a remarkable number of similarities, but police had nothing connecting the two women -- except their killer.

Fairfax County Police have been investigating the murders of Marion Newman and Marion Marshall for 13 years. Though police do not believe the Marions knew one another, they both lived alone and did not have children or spouses at the time of their deaths, which were both caused by strangulation and blunt force trauma.

DNA evidence collected from both crime scenes is the only true link between the women, proving both women were sexually assaulted before being killed and that the attacks were committed by the same suspect. Police have not received any hits on the DNA in the nationwide offender database, and now they are turning to new technology to see if their luck may shift.

Parabon NanoLabs, a DNA technology company in Restong, was able to use DNA phenotyping and genetic genealogy analysis from the unidentified DNA samples collected at the crime scenes to predict the appearance of the suspect.

Since the age of the suspect at the time of the murders is unknown, composite sketches of what the suspect may look like at 25, 40 and 55 years old were generated.

Marion Newman (L) and Marion Marshall (R) were both sexually assaulted and killed by the same man in 2006.
Fairfax County Police

Marion Marshall was last seen on Aug. 14, 2006, when video surveillance cameras showed her grocery shopping in the Bradlick Shopping Center in Annandale around 11 a.m. She was found dead in her home by a friend later that evening. Police believe she was unloading groceries when she met her killer, but they do not know the circumstance of that meeting. There were no signs of forced entry into her home.

Marion Newman was last seen alive on Nov. 19, 2006, visiting her mom at a senior living facility in Springfield. She was supposed to visit her mom again the next day but never showed. She was found dead inside her home by a friend on Nov. 21.

Despite more than 1,000 tips on the cases over the course of 13 years, without witnesses in either case, DNA is the strongest lead the police have. Police said it can't be expected that the suspect will look exactly like the photos, but they can confirm that the killer is Latino.

"The murders of Marion Marshall and Marion Newman are two of our nearly 100 unsolved homicide cases in Fairfax County," Major Ed O’Carroll, Commander of Major Crimes Bureau, said. "We are committing countless hours and all available resources to close these cases and provide long-awaited answers to victim’s families."

This is an ongoing investigation and detectives are asking for anyone with information about these events to contact the Major Crimes Bureau at 703-246-7800.

RELATED: ‘It just illustrates how important it is for every kit to be tested’ | Testing of rape kit backlog leads to criminal case in Virginia