The cause of the accident is still under investigation. 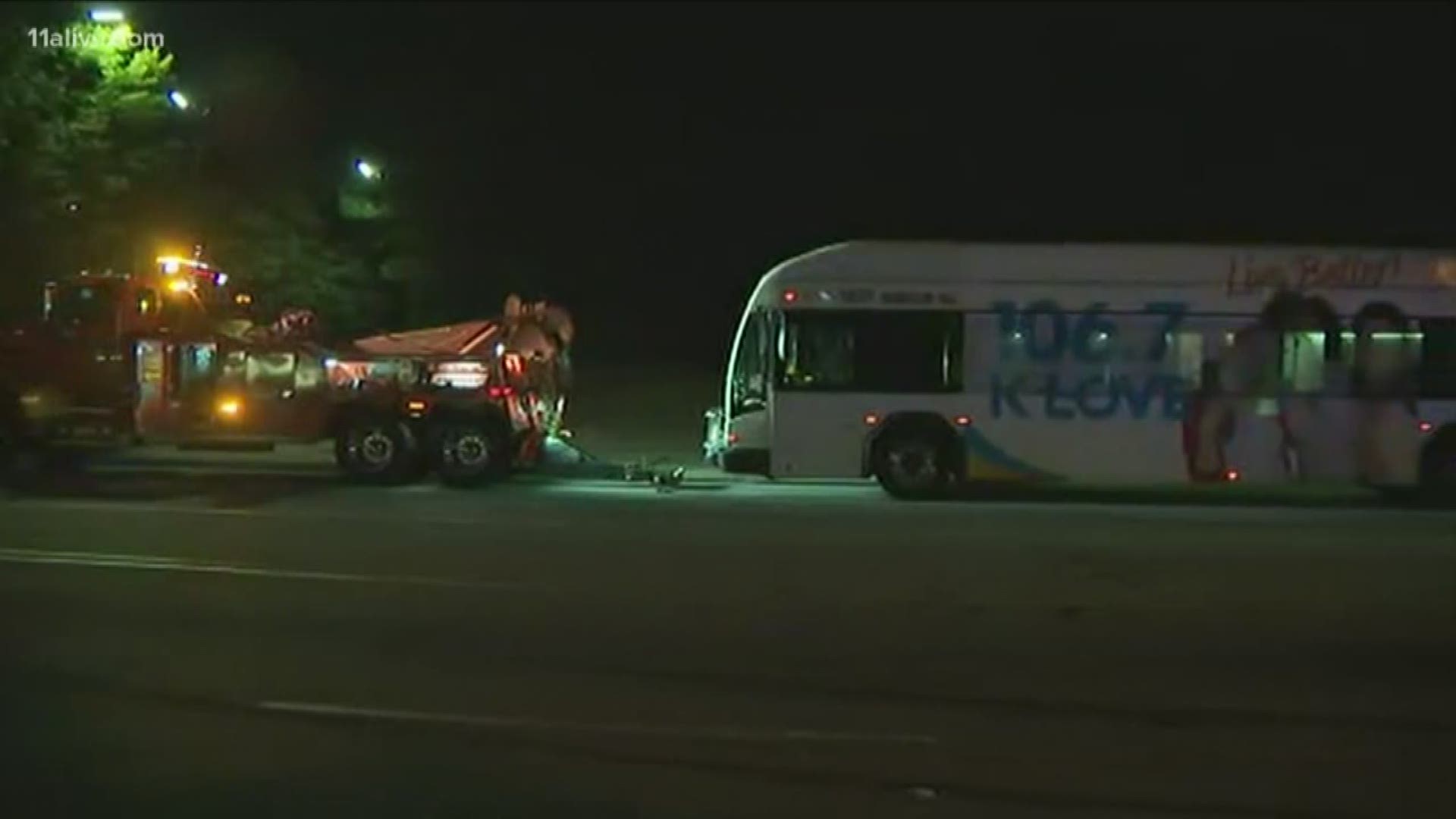 ATLANTA — Atlanta Police said more than a dozen people are reporting injuries after an accident involving a MARTA bus and two other vehicles.

Police said that around 9:15 p.m. on Friday, police were called to the intersection of Delowe Drive SW and Campbellton Road to reports of the accident.

Police said there were 12 people on the bus that complained of neck and back pain who were being treated at the scene. Two people in another vehicle were taken to Grady Memorial Hospital for treatment but were "alert, conscious and breathing" upon leaving the scene. Their exact injuries haven't been released.

The cause of the accident is still under investigation. Check back for updates as they become available.