After FedEx packages spill onto interstate, here is what customers should know

The crash happened Monday along I-75 at Barrett Parkway. 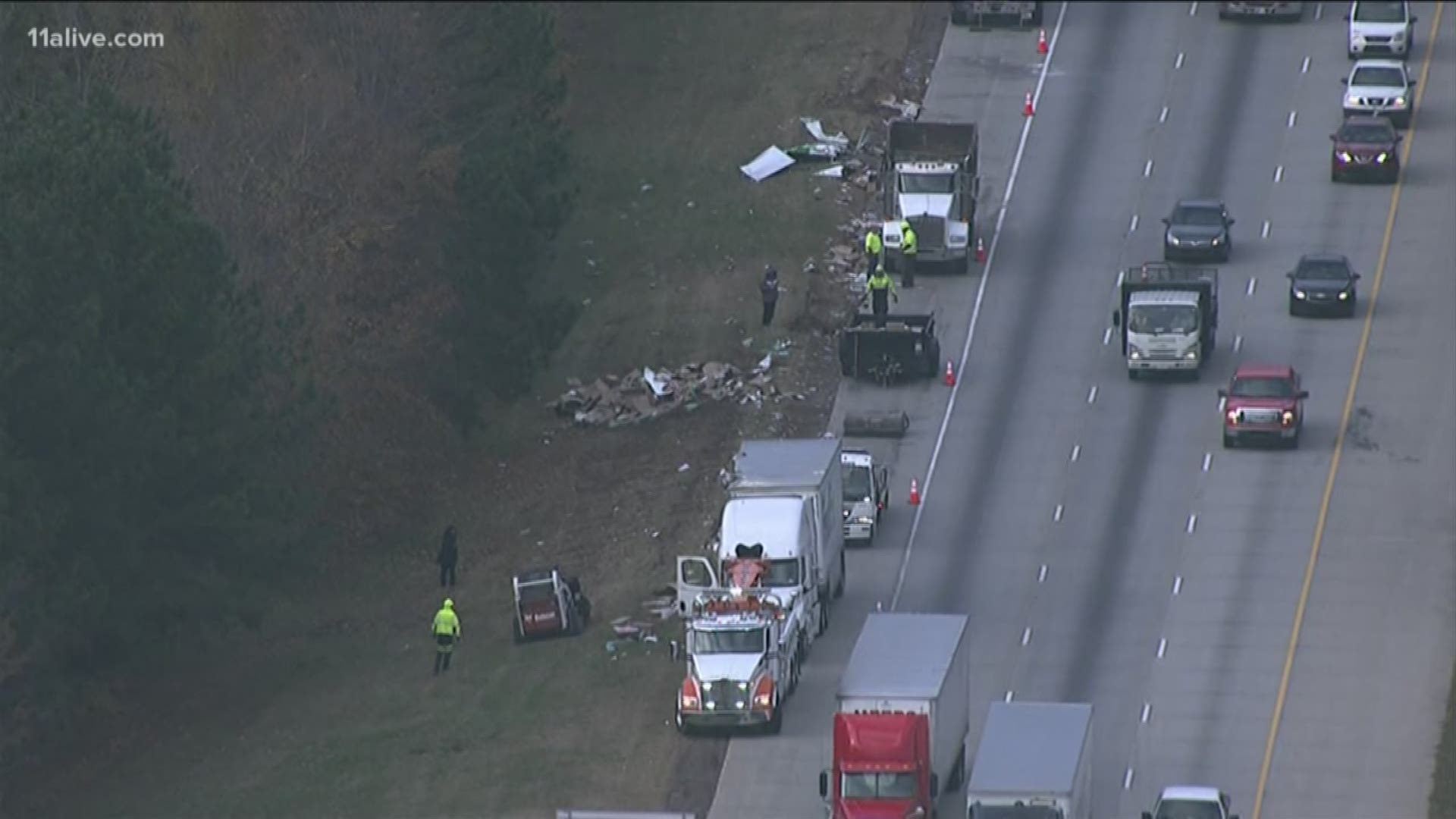 The crash happened Monday along I-75 at Barrett Parkway. According to the Georgia State Patrol, a FedEx truck and a U.S. Express truck were involved in the accident.

Officials said the crash happened after the FedEx truck veered onto the right shoulder of the interstate where a U.S. Express truck was stopped. The FedEx truck hit the other truck, causing extensive damage to the side of the trailer.

11Alive reached out to FedEx to find out what customers could do if they had items on the truck.

"We are taking steps to recover and transport affected packages," said a representative from FedEx. "Customers with questions about their shipments can track their packages on http://www.fedex.com or call 1-800-GO-FEDEX."

Crews shut down the right lane of the Interstate as they worked to clean up the mess. There were no injuries reported.