Here is the latest traffic news for Wednesday, April 28. 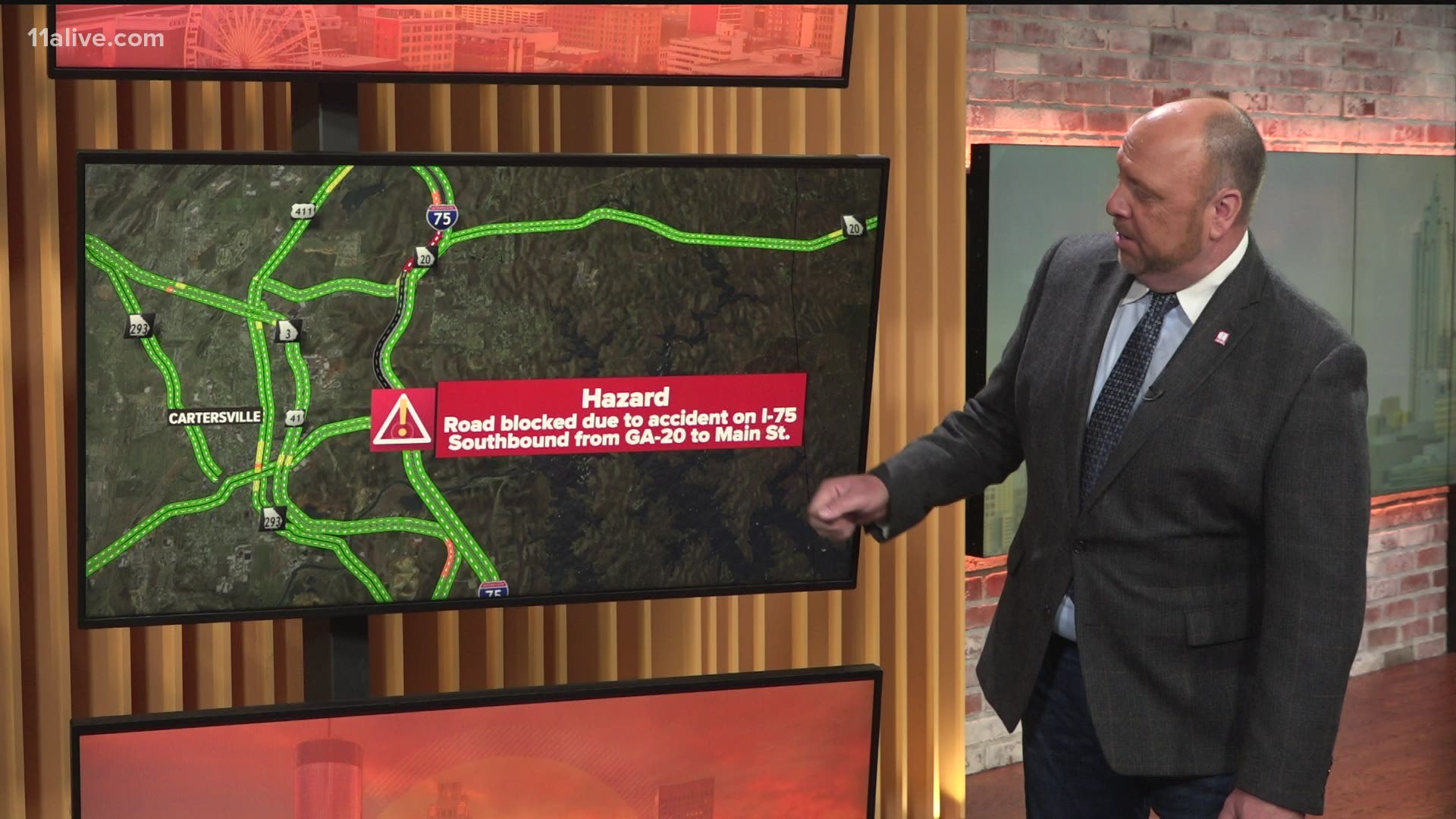 ATLANTA — It was a rough start to the Wednesday morning commute as Interstate 75 southbound was blocked for a couple hours due to a crash involving a truck in Cartersville near State Route 113/Main Street, the Georgia Department of Transportation said.

They lanes reopened just before 6 a.m.

RED ALERT CARTERSVILLE: All lanes blocked I-75 SB at Hwy 113 in Bartow Co. Use Hwy 41 as an alternate. #MorningRushATL #11alive pic.twitter.com/4kkhjHIrkN

Return to 11alive.com for updates.