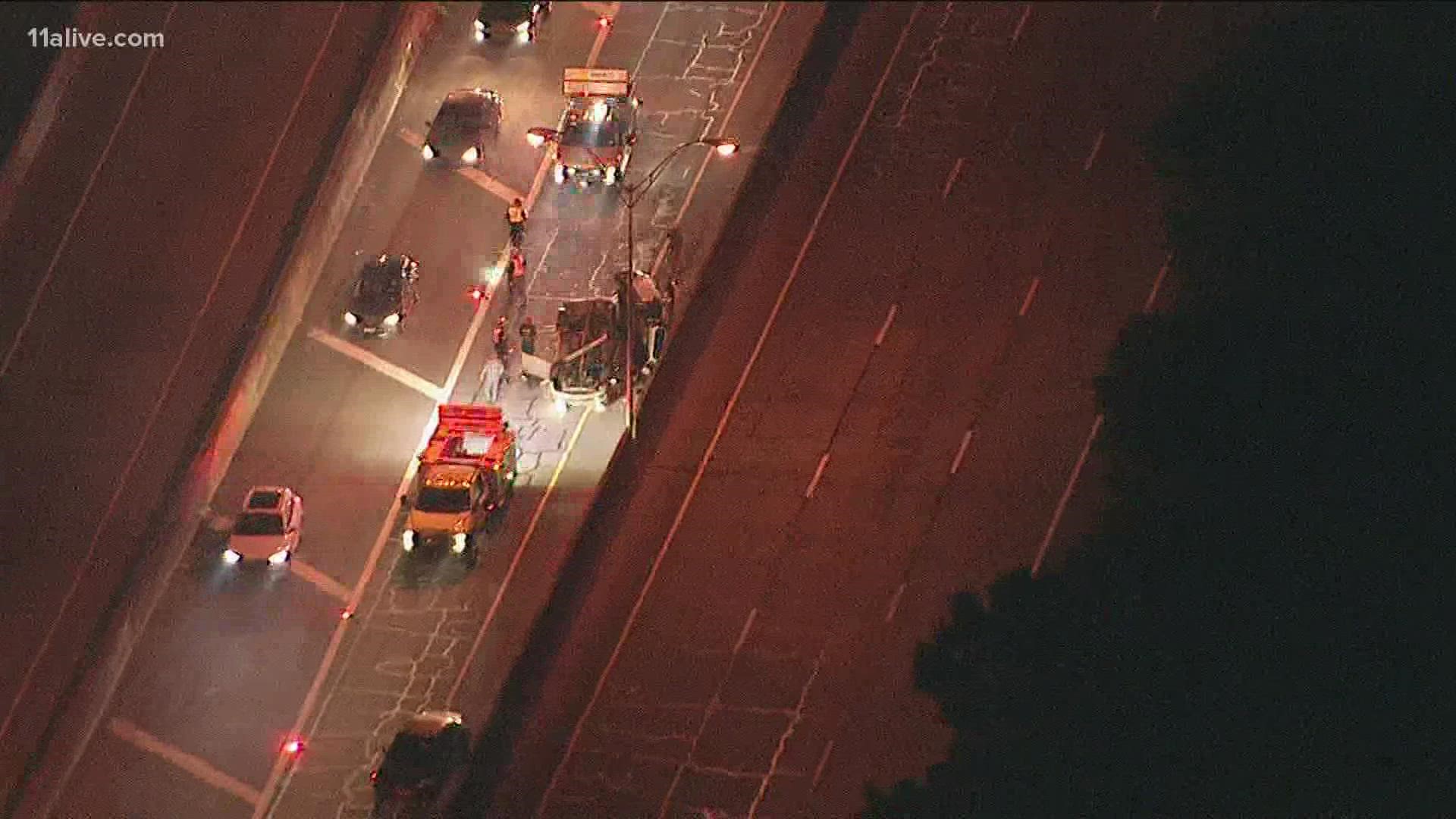 All lanes were at least temporarily blocked at one point with firetrucks responding to the scene. It was not clear if there were significant injuries involved in the wreck.

11Alive Traffic Tracker recommends those looking to get into Midtown just stick with I-85 straightaway.

Additionally, a wreck on I-75 South has caused major backup in Stockbridge, blocking multiple lanes.