Here's how things are developing this morning. 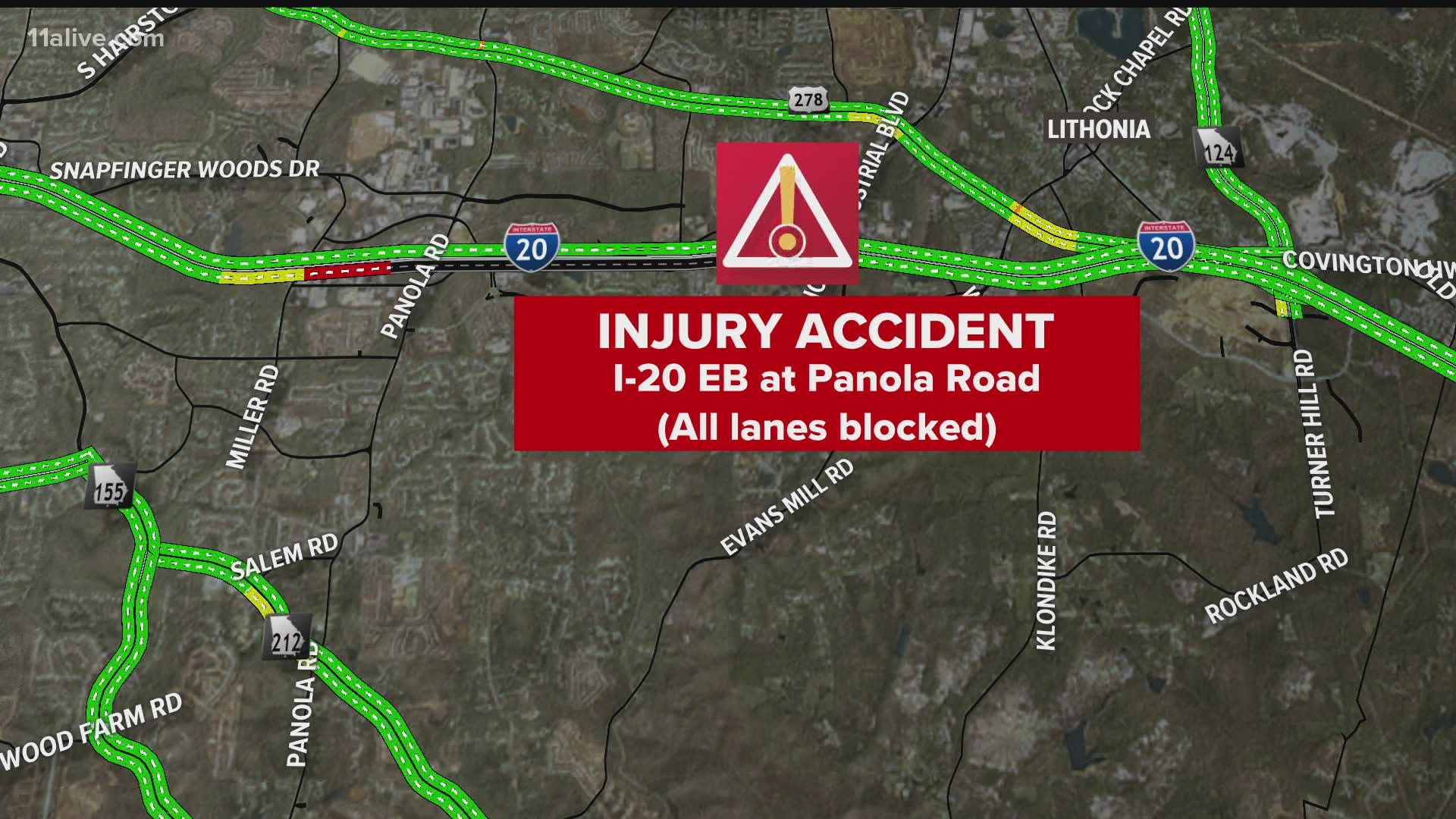 The rains have mostly moved past the area, but the wet roads remain.

I-85 North at Cleveland Ave. south of the city was completely stopped with two firetrucks blocking lanes, though lanes have now reopened.

One serious situation developed on I-20 East, which shut the interstate for hours before it reopened around 8 a.m.

The interstate was completely shut down after a wreck near Panola Road, and traffic was diverted off the interstate at Exit 71 there.

Here’s a shot over the median wall of a wreck that has all lanes of I20 EB closed just past Panola Rd in Dekalb Co. #MorningrushATL pic.twitter.com/poLF0Efh3l

When choppers can't fly the THUNDER TRUCK and @jcarnes11alive is all over these RED ALERTS all morning. Please be safe out there. Also have alerts I-85 SB at Flat Shoals and I-20 EB past Panola Road. Messy Friday Eve, @11AliveTraffic @11AliveNews #MorningRushATL #11alive https://t.co/GoBkOsWAiY

In DeKalb County, Buford Highway's northbound lanes are closed at Beverly Hills Dr., apparently due to a structure fire.

GDOT issued this alert around 7:30 a.m.: "There is a structure fire on State Route 13 Northbound at Beverly Hills Drive in Dekalb County. All northbound lanes are closed between Beverly Hills Drive and Chamblee Tucker Road. Emergency personnel are on scene. Motorists are urged to use an alternate route to avoid delays. For more information, please continue to check Georgia 511 or www.511ga.org."

There also appears to be an issue on I-75/85 North just before they split in Midtown, with police lights visible on traffic cameras on the right shoulder.

11Alive's Maura Sirianni says she's seeing a lot of water on the roadways:

Seeing a LOT of water on the roadways! Take it easy! @11AliveNews #MorningRushATL https://t.co/bqHUpU2mnY

Additionally, there was a wreck on I-285 West near Hwy. 41 that had all lanes blocked and was having traffic diverted. That appears to have since opened back up.