TRAFFIC | Wreck causes stoppage on I-285 East in DeKalb County

All lanes were at least temporarily blocked just before Flat Shoals Rd. 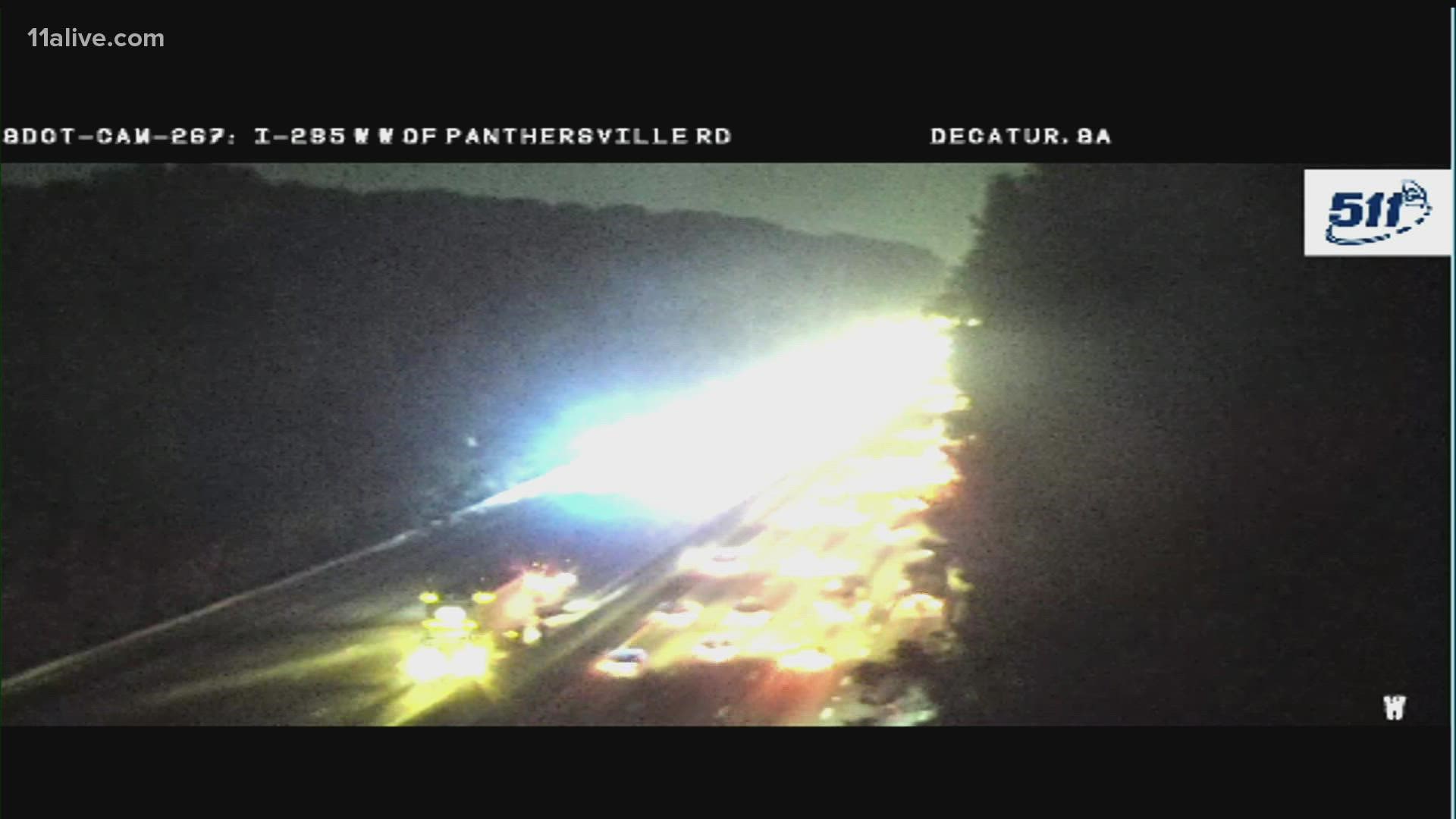 DEKALB COUNTY, Ga. — A wreck has caused a stoppage on I-285 East in DeKalb County early Friday morning, stopping all lanes at least temporarily just before Flat Shoals Rd.

11Alive Traffic Tracker Crash Clark reports there is debris on the road, requiring cleanup between Exit 52 to US-23/Moreland Ave. and Exit 48 to GA-155/Flat Shoals Rd.

It's unclear how many vehicles were involved or when the situation might be cleared.

Crash recommends I-20 East as an alternate to get back to I-285.

RED ALERT: A wreck and debris cleanup I-285 EB before Flat Shoals Road has all lanes blocked. Hopefully they can clear the lanes and reopen this but in the meantime use I-20 East back to I-285 in DeKalb Co. #11alive pic.twitter.com/OytZN57c8o