Multiple wrecks cause major backup on I-75/85 through Midtown

This is a developing traffic story. 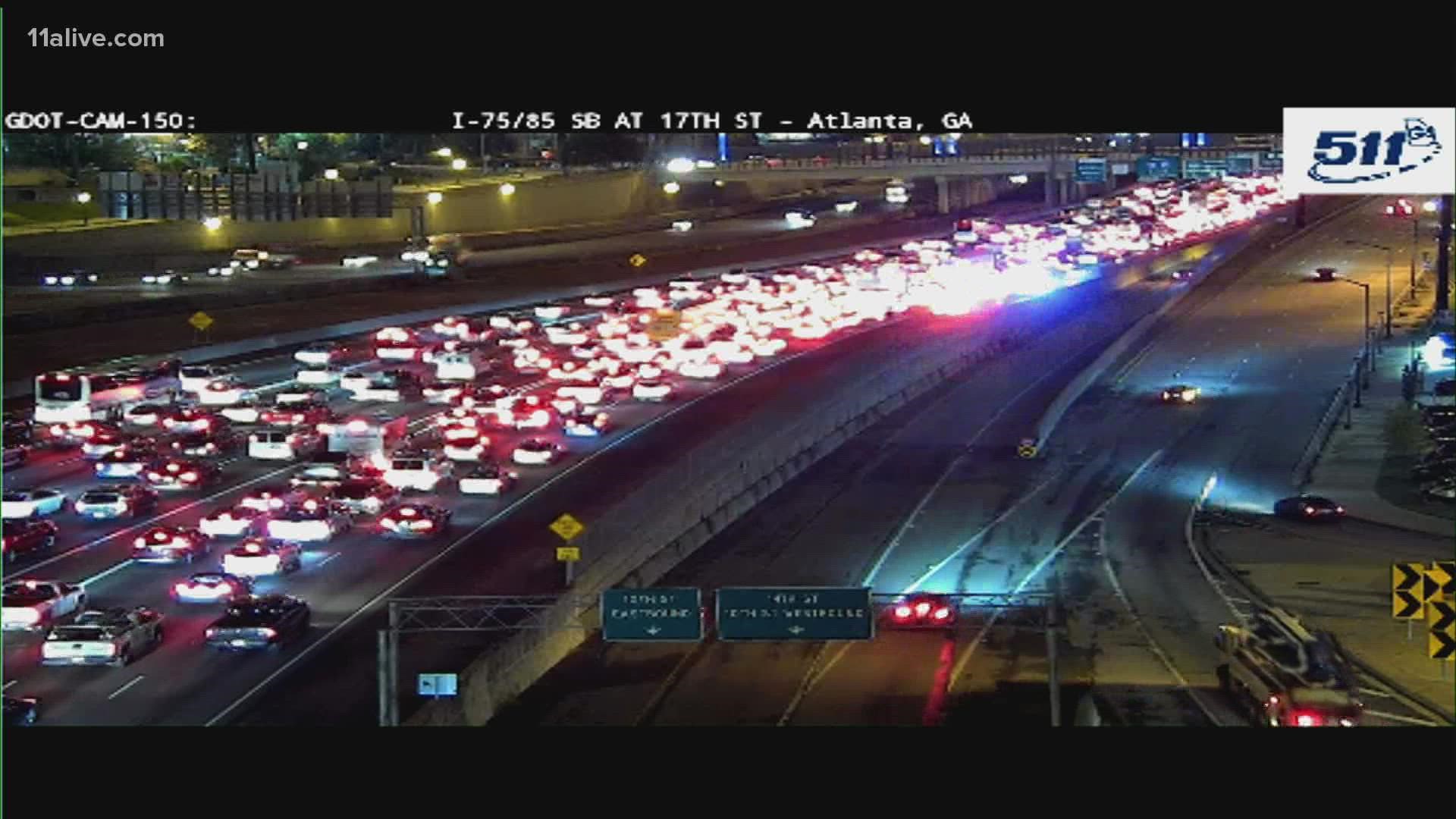 Lanes reopened following a wreck on Interstate 75/85 at Williams Street early Thursday morning, but now trouble has resumed with three separate wrecks along the connector.

Drivers can add crashes near 17th Street and Courtland to the list.

Morning commuters should still expect delays back to Brookewood.

Traffic Tracker Crash Clark said it's best to use Northside Drive, Peachtree, and Spring Street to get through Midtown. For those traveling to the airport use Interstate 285 to avoid major delays.

Absolute frustration through midtown. THREE separate wrecks along the connector, I-75/85 SB starting at Williams Street, then 17th Street and then courtland. When police hold all lanes and then restart traffic you can't accelerate like a NASCAR race. #11alive pic.twitter.com/F27ORA6TeY

At this time, we do not know the extent of the injuries.