I-85 South reopens after 1 dead, 1 injured in shooting that closed interstate for hours

The interstate has reopened after the hours-long closure. 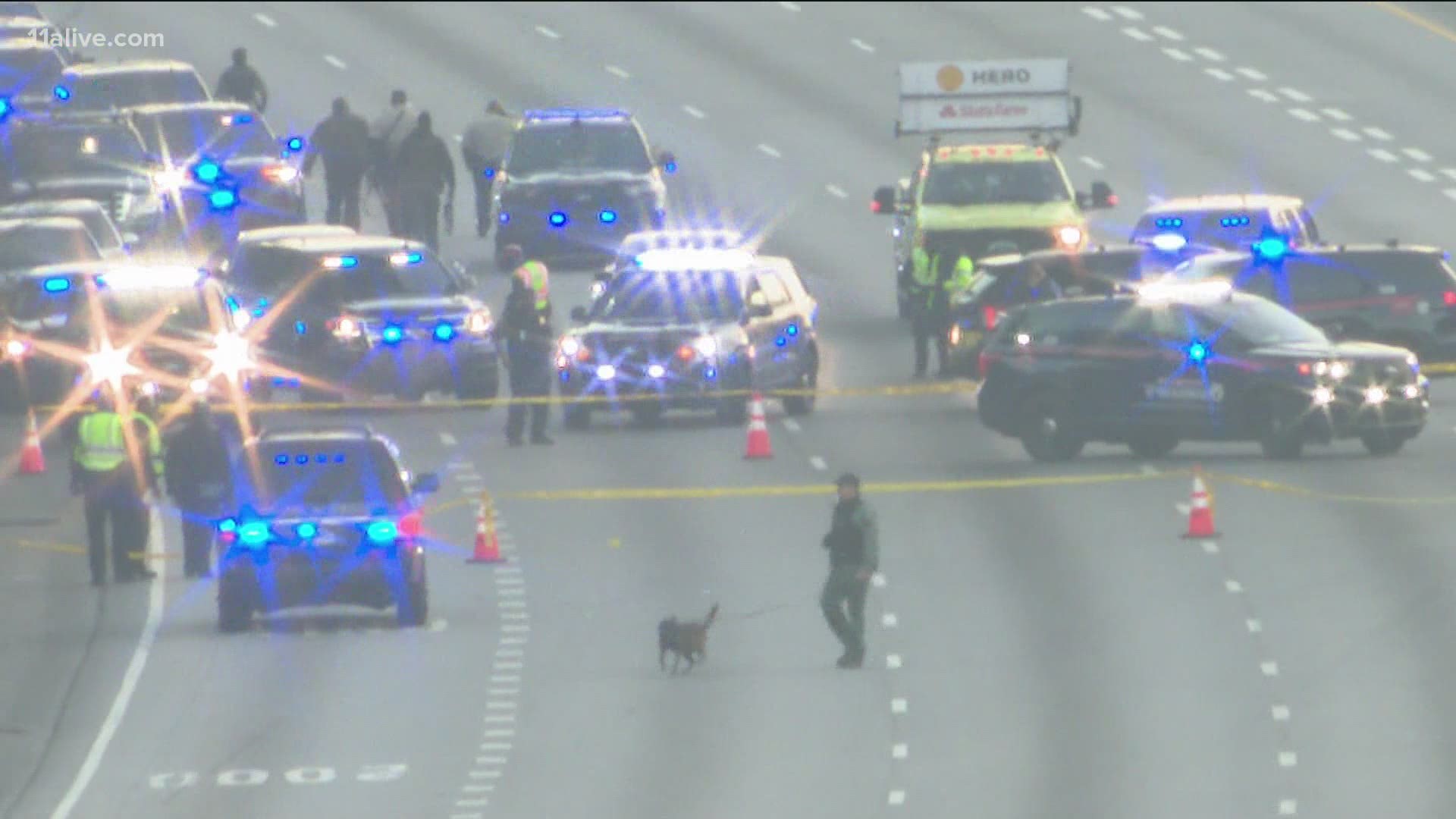 ATLANTA — The interstate has reopened after an hours-long closure following a shooting. All lanes were stopped early Wednesday morning on I-85 South just before where it connects with I-75.

Just after 9 a.m., 11Alive's Christie Diez tweeted a video of cars being able to use the interstate again.

Atlanta Police confirmed a fatal shooting occurred, which kept the interstate closed for an extended period.

Drivers were encouraged to use Buford Spring Connector or Peachtree as alternates to access Midtown from Buckhead. GA-400 southbound traffic was also diverted at Sidney Marcus Blvd.

Atlanta Police said officers first responded to a call of a person shot in the area around 5:15 a.m.

There they found two victims with gunshot wounds, according to a statement provided by Atlanta Police. One of the victims was taken to a hospital in stable condition while the second, later identified as Jarmel Jowers, 28, from New York state, was pronounced dead at the scene.

Capt. Jason Smith told 11Alive an off-duty Jonesboro officer is the one who pulled up and called it in, thinking it was initially just an accident. However, they then realized they were dealing with a shooting.

Smith said officers are trying to interview the person at the hospital.

The state's alert system sent a message out to people in the area Wednesday morning over the situation, though it was well after the traffic jam had already begun.

Talk about late to the party. About TWO HOURS later, Georgia’s Emergency Traveler Assistance Program pushes out this alert to cell phones re the fatal shooting along I-85S and subsequent highway closure #MorningRushATL pic.twitter.com/6uhnCr6doM

A Georgia Department of Transportation bulletin noted: "This is a major travel alert from Georgia 511. All lanes are currently blocked for police activity on Southbound I-85 just before Exit 85, Northbound I-75 near the Brookwood Interchange. Police also have SR 13/Buford Highway Southbound Entrance ramp to I-85 Southbound blocked for traffic. Motorists traveling southbound on Interstate I-85 inside the perimeter heading to the Downtown Connector must consider an alternate route to avoid extreme delays. This also affects Georgia 400 to Southbound Interstate 85. Please continue to check with Georgia 511 for updates."

A view from the chopper of the police investigation that has all lanes of I-85 closed just south of Ga 400. Police confirm this is a fatal shooting. #MorningRushATL pic.twitter.com/qRYxUZUGHm

RED ALERT: DO NOT USE I-85 heading into midtown, police investigating a possible shooting before the I-75 NB merge in the Brookwood Split. Use Buford Spring or Peachtree as an alternate. #MorningRushATL #11alive pic.twitter.com/oQNgi4cru9

🚨 TRAFFIC ALERT ‼️
I-85 SB below 400 is SHUT DOWN for a shooting investigation.

All lanes shut down.. and could be for a while.