Since the beginning of the year, there have been five reported shootings along major highways in the Atlanta area. 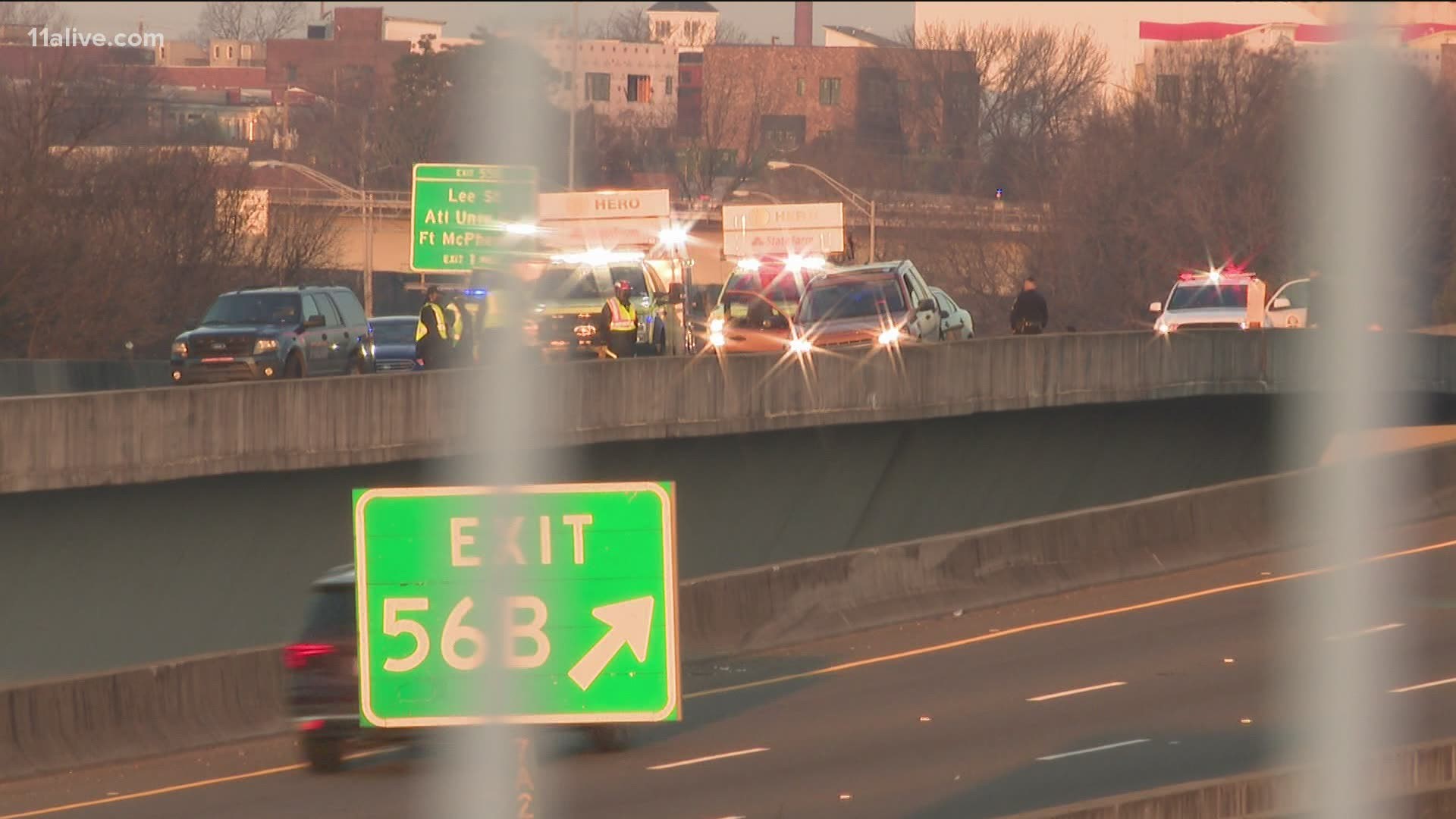 ATLANTA — I-20 East was fully stopped at I-75/85 in downtown Atlanta, causing a serious traffic situation early Thursday morning, after a person was shot and killed on the interstate.

Police confirmed the shooting death, saying that they responded to what appeared to be a single-vehicle crash near the I-75/85 ramp at 5:20 a.m.

"Officers checked the vehicle and found a deceased male with a gunshot wound inside the vehicle," a police statement said. "Homicide investigators are working to determine the circumstances that led to the incident."

There was no information about a possible suspect.

Thursday's shooting is just the latest in a string of similar incidents on the city's Interstates in the last two months.

Since the beginning of the year, there have been five reported shootings along major highways in the Atlanta area.

The number of shootings has prompted the question: Why?

Police said they don't really have an answer. But they don't believe they're all connected.

"It's kind of an anomaly as to what has happened recently on the highway itself, but we do not believe they are related," said Major Eddie Smith with the Atlanta Police Department's Major Crimes Unit.

Due to their locations, and, sometimes, lack of witnesses, APD admitted that these types of investigations come with some unique challenges.

"But we do our best on the investigations side," Smith said.