According to the Georgia State Patrol, two contractors working along I-20 in Douglas County were struck by a truck as part of a chain-reaction wreck. 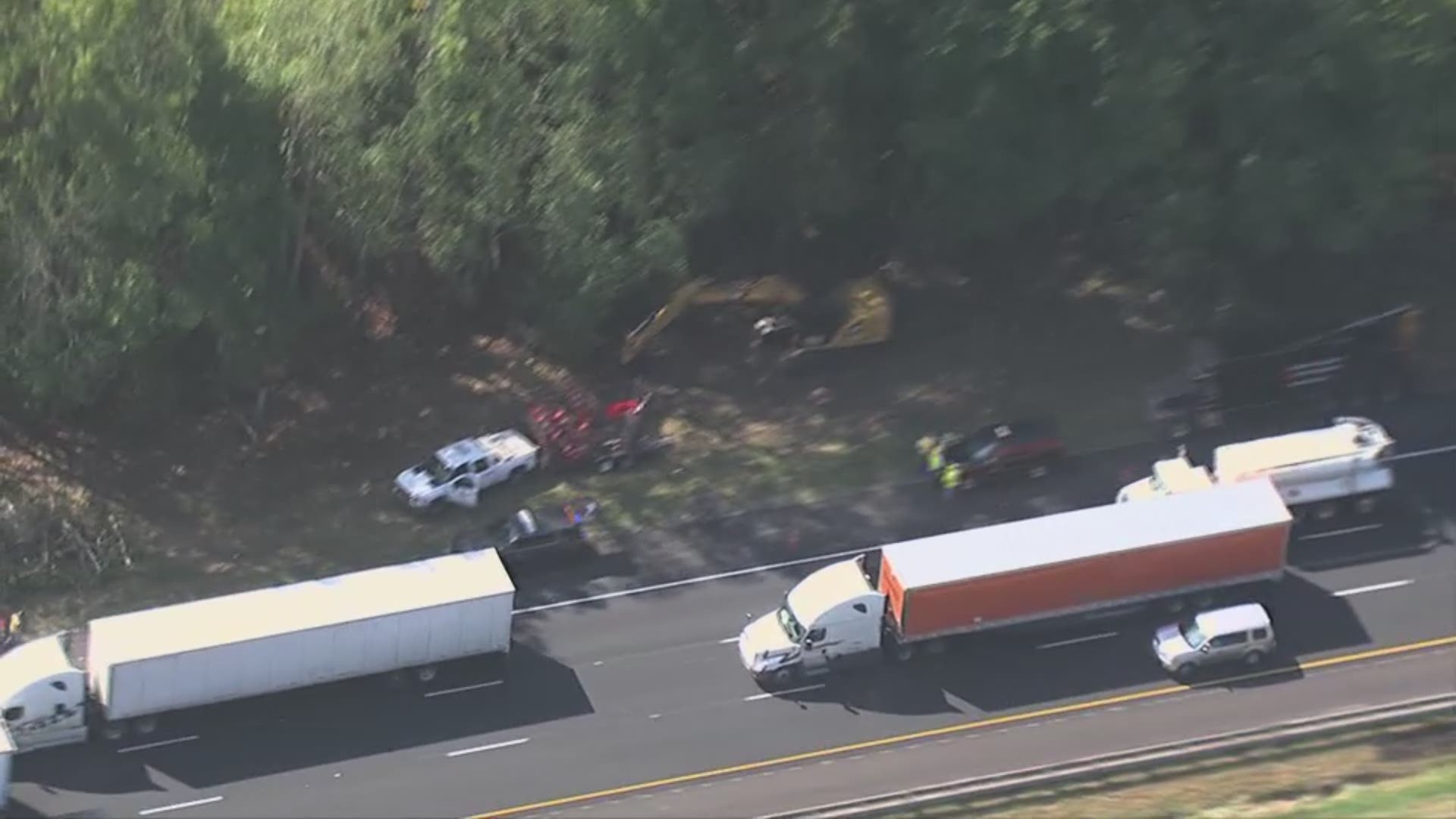 DOUGLAS COUNTY, Ga. — A stolen truck caused a chain reaction wreck in Douglas County Friday morning that sent two contractors working along Interstate 20 to the hospital -- one of them in critical condition, according to the Georgia State Patrol. Two others were also hurt in the incident.

According to the GSP report, a stolen Ford F-150 truck was in the left lane of I-20 headed eastbound west of the Lee Road exit when it struck the rear of a Toyota Tundra pick-up. It then hit the guardrail in the median.

The Tundra swerved across all lanes of the interstate before it struck a GMC Sierra 2500 truck.

The GSP said that the two contractors were on the shoulder of the interstate, picking up construction cones when they were struck by the Tundra, which was swerving off of the roadway. It finally came to rest after it struck a tree.

According to the Georgia State Patrol, the driver of the Ford was considered at-fault for the wreck and has been charged with DUI, two counts of serious injury,  following too closely, distracted driving and theft by receiving.

Self driving vehicles hit the street in Peachtree Corners