Bus burst into flames on I-285

The bus was fully engulfed in flames. 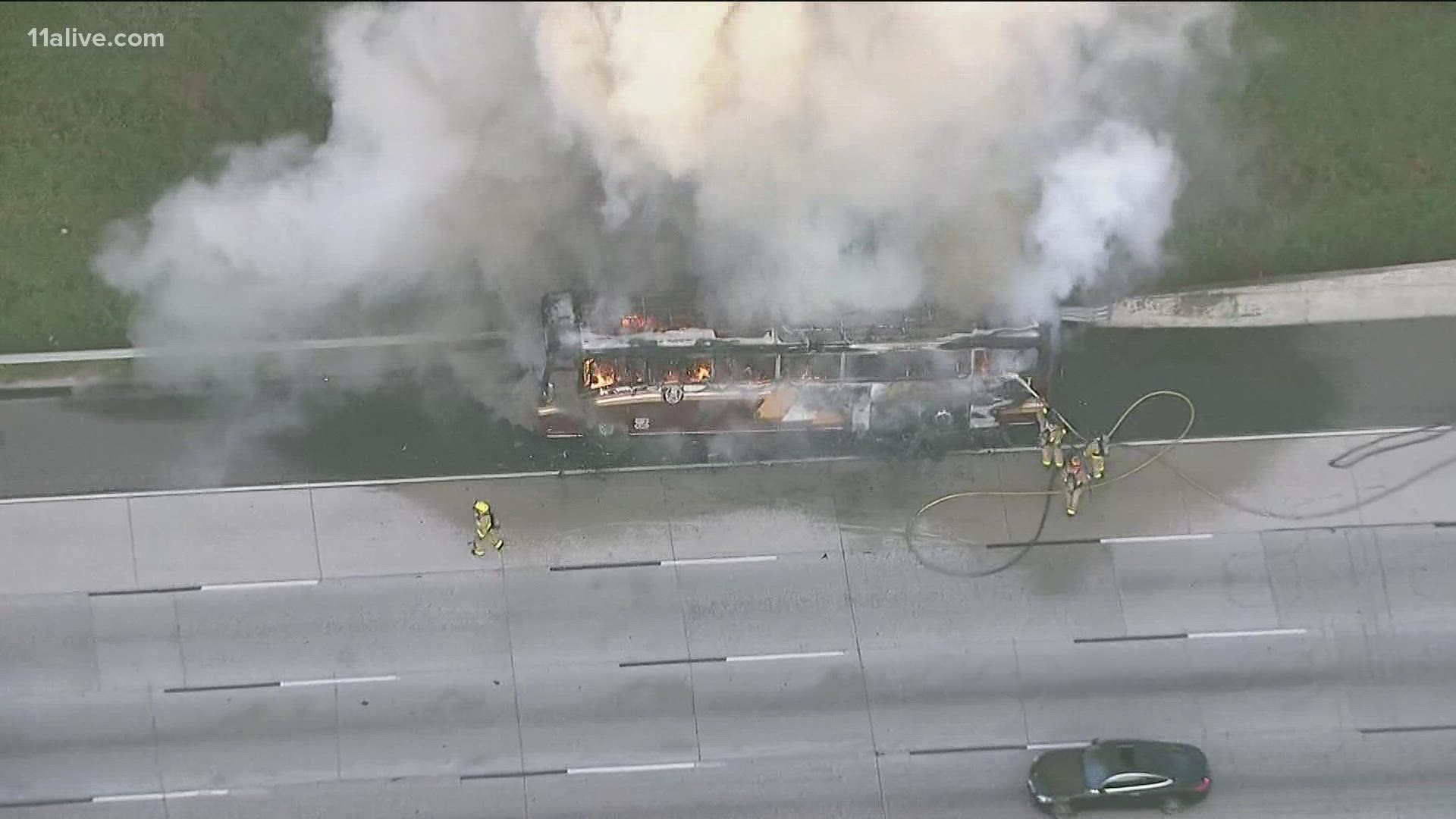 VININGS, Ga. — A bus was fully-engulfed in flames on Interstate 285 southbound at Paces Ferry Road in Vinings, impacting the morning rush in both directions.

The 11Alive SkyTracker showed heavy fire and a crew of firefighters working to extinguish it just before 8 a.m. on Wednesday.

Motorists are urged to avoid the area. 11Alive's Crash Clark suggests using I-75/85 southbound into town to access the west wall or airport. The northbound lanes were backed up due to onlookers.

TRAFFIC RED ALERT: A bus fire has all lanes blocked I-285 SB past Paces Ferry Road in Vinings. Use I-75/85 SB into town to access the west wall or airport. Northbound delays from onlookers. #11alive pic.twitter.com/E5YnjY44en

By 9 a.m., the fire was out, but only two lanes were getting by the cleanup. GDOT estimated that all lanes would reopen at 10:30 a.m. Traffic delays could linger though.

A spokesperson for the Cobb County Fire Department says there were no occupants on board and the driver made it out safely.

"Interstate fires are challenging especially with traffic due to congestion and water access," they said.

It appears the bus belongs to Kingsmen Coach Line.

Return to 11Allive.com for updates.

Photos: Bus burst into flames on I-285