It happened a little before 7 a.m. on Monday morning. 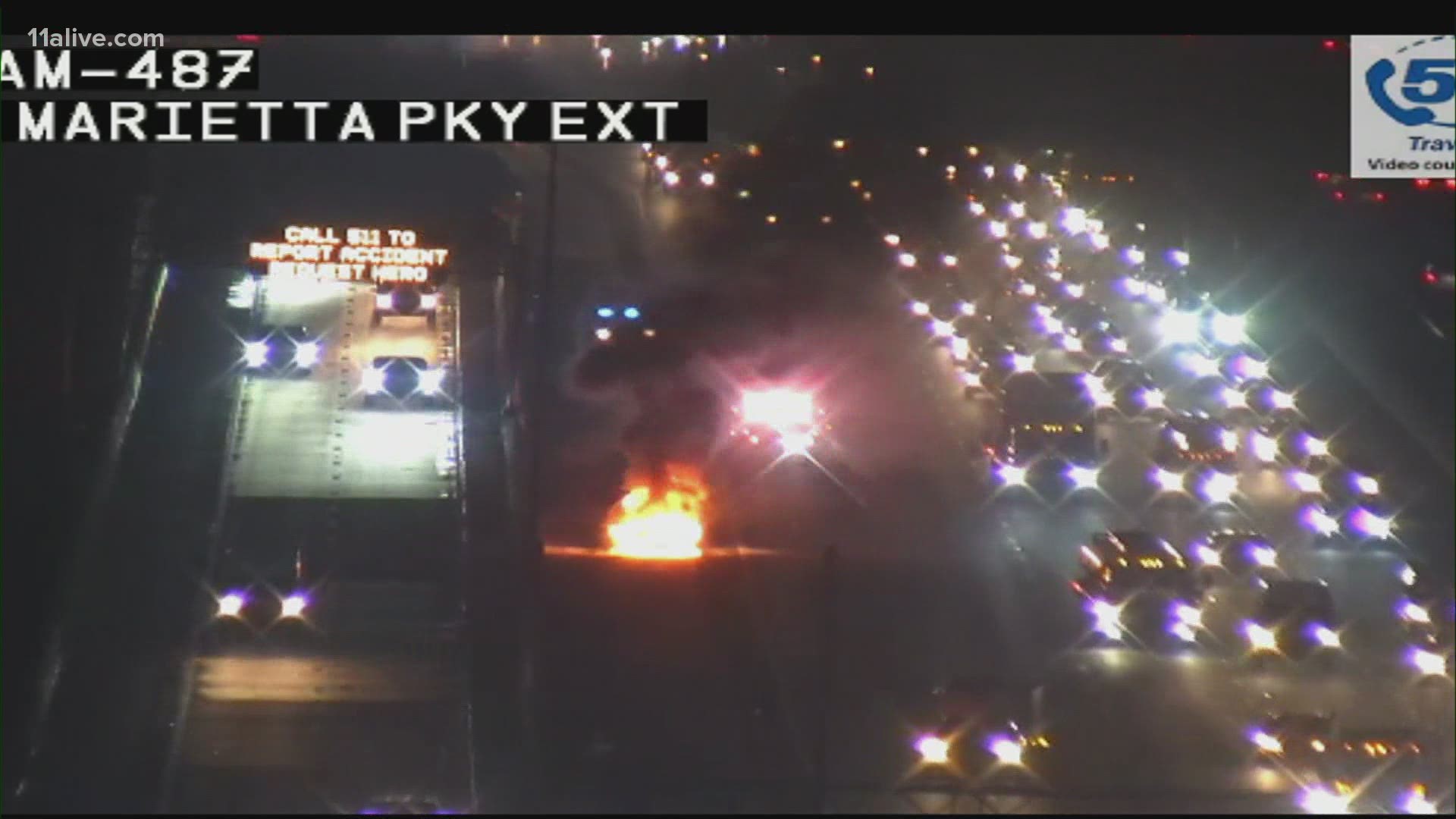 MARIETTA, Ga. — UPDATE: Lanes reopened around 7:45 a.m., according to the Georgia Department of Transportation.

A car fire has blocked a number of lanes on I-75 South in Marietta on Monday morning.

11Alive Traffic Tracker Crash Clark reports it happened near the North Loop in Marietta and recommends Cobb Parkway as an alternate.

A Cobb County Police spokesperson said there were no injuries reported, and that the people who'd been in the car were outside it when the fire began.

It happened a little before 7 a.m.

CRAZY scene along I-75 South before the south loop in Marietta. @CrashClark and I just watched this car explode. Just a couple lanes open. I sincerely hope the driver made it out alive 🙏🏽 #MorningRushATL pic.twitter.com/JHFcuFNwX6