It happened on Highway 42 in Rex, Georgia. 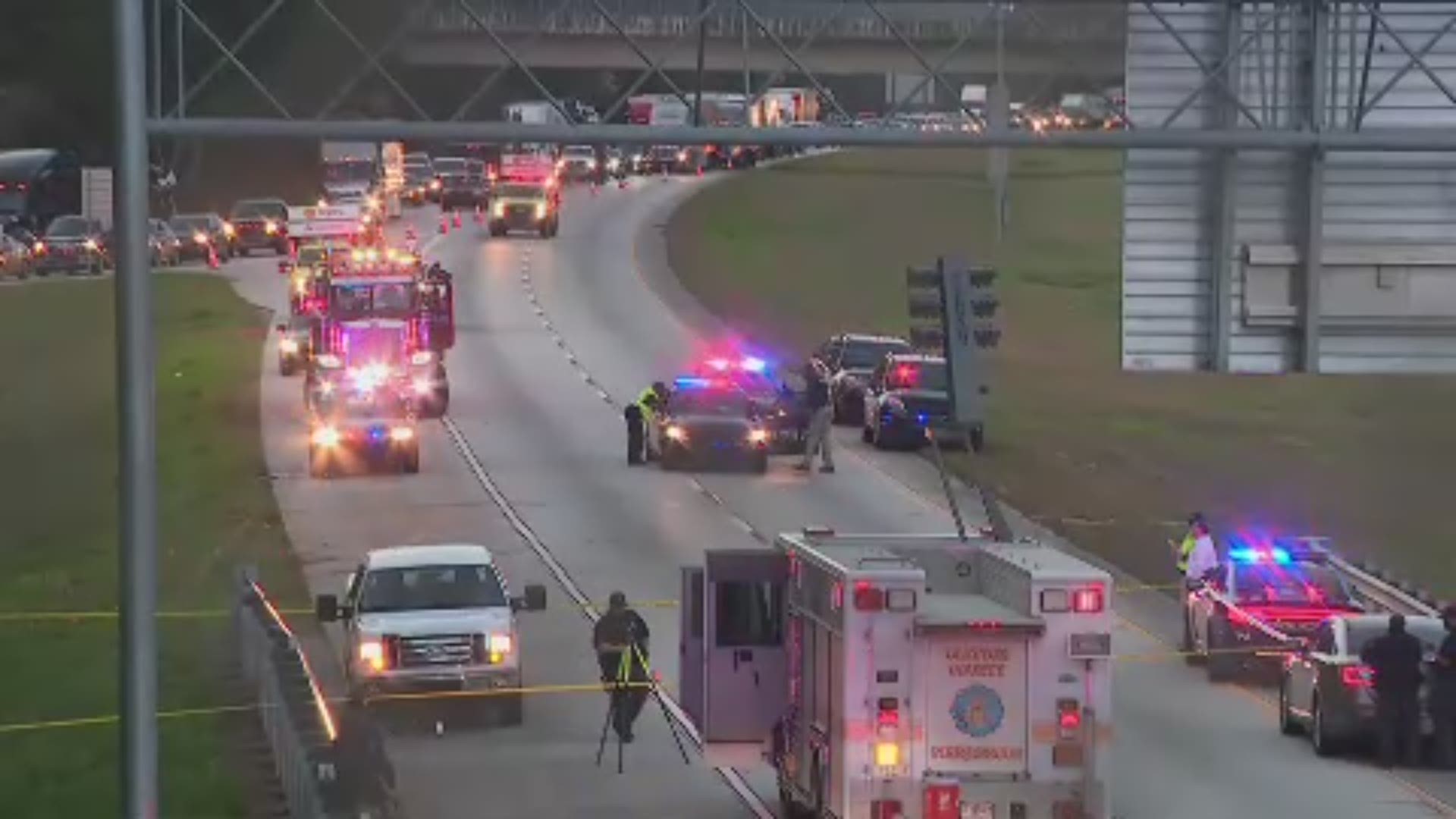 CLAYTON COUNTY, Ga. — A hit-and-run driver who left another motorist to die along I-675 in Clayton County on Tuesday is still on the run.

According to Clayton County Police, the crash happened near Highway 42 in Rex, Georgia around 3 p.m. on Tuesday. The investigation that followed shut down lanes in the area for several hours.

Authorities said that two vehicles, a sedan and a pickup truck, left the roadway and went into the woods. The end-result left the sedan trapped under the truck and one person died as a result.

However, the truck ultimately left the scene, according to Clayton County Police. During the investigation, all lanes of southbound I-675 were shut down.

Authorities are not identifying the victim in the case until they notify family members.

Clayton County police said the investigation is ongoing. Police also stressed that this was not a pursuit and that Clayton County Police were not involved in the accident in any way.