CAUGHT ON VIDEO: Flagger nearly run over by motorist in construction zone

'Maine's been a mellow place, so I'm surprised by what happened,' the man who captured the video said. 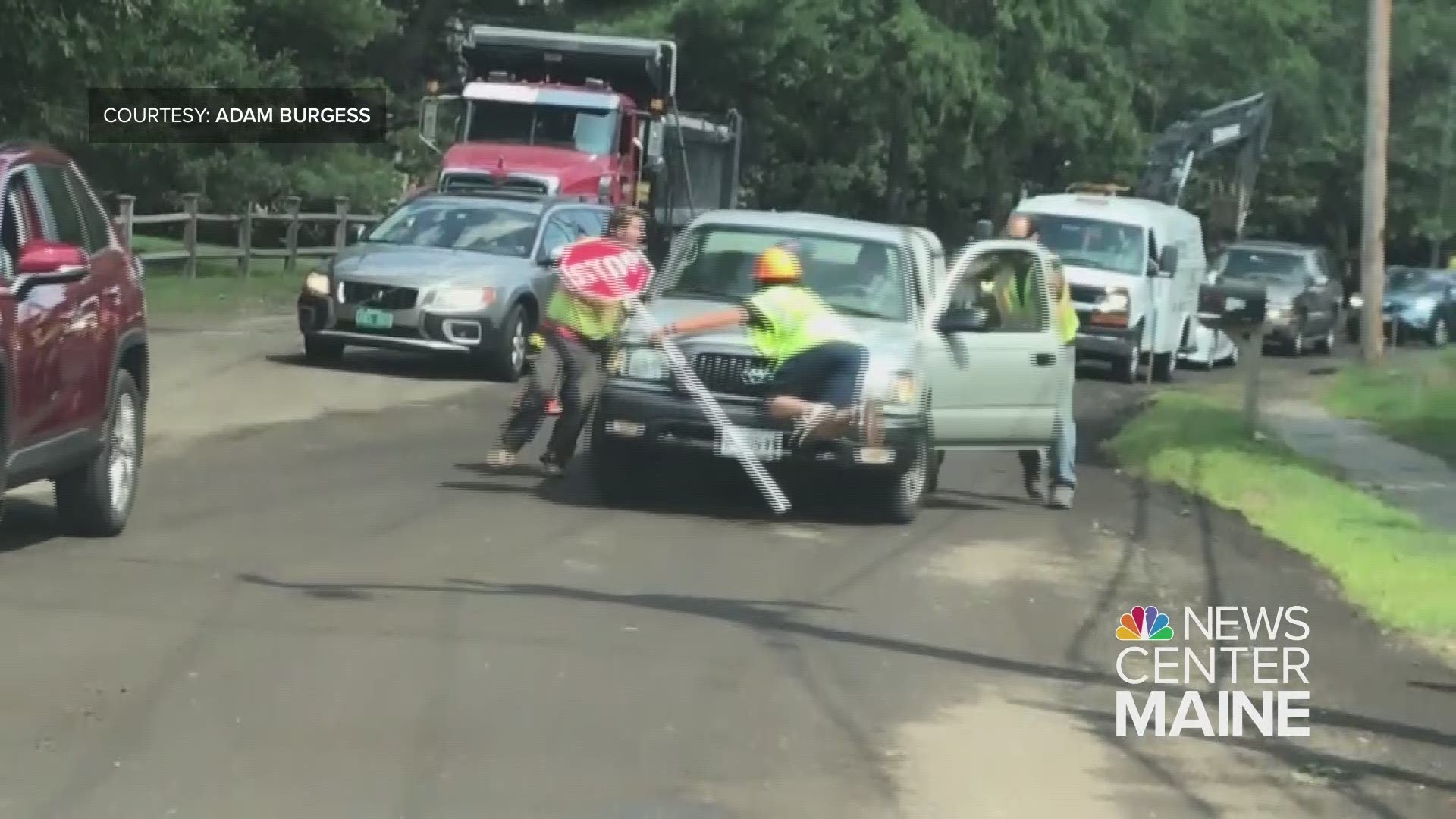 KENNEBUNK — It was Thursday afternoon, just before 3 p.m. Adam Burgess was on his way to pick up his kids from school when he came upon a construction zone on Summer Street in Kennebunk.

What happened next, is something this California transplant never thought he'd see in Maine.

"Maine's been a mellow place," says Burgess. "I'm surprised by what happened."

He says he was waiting for his turn to pass, when he heard yelling. He saw a flagger blocking the path of a truck. On instinct, Burgess grabbed his camera and videoed the scene.

As he held his lens steady, the driver of the truck began to drive -- with the flagger in the way. As you can see in the video, the driver refused to stop while the flagger held on to the hood of the vehicle.

Burgess, a West Coast native, had moved to Maine just months ago when he witnessed this.

NEWS CENTER Maine reached out for comment from the Kennebunk Police Department on Friday afternoon, but the agency's patrol commander tasked with releasing information to the press wasn't immediately available.

This story will be updated as details come into our newsroom.