Chemical reaction at plant in Conyers shuts down I-20 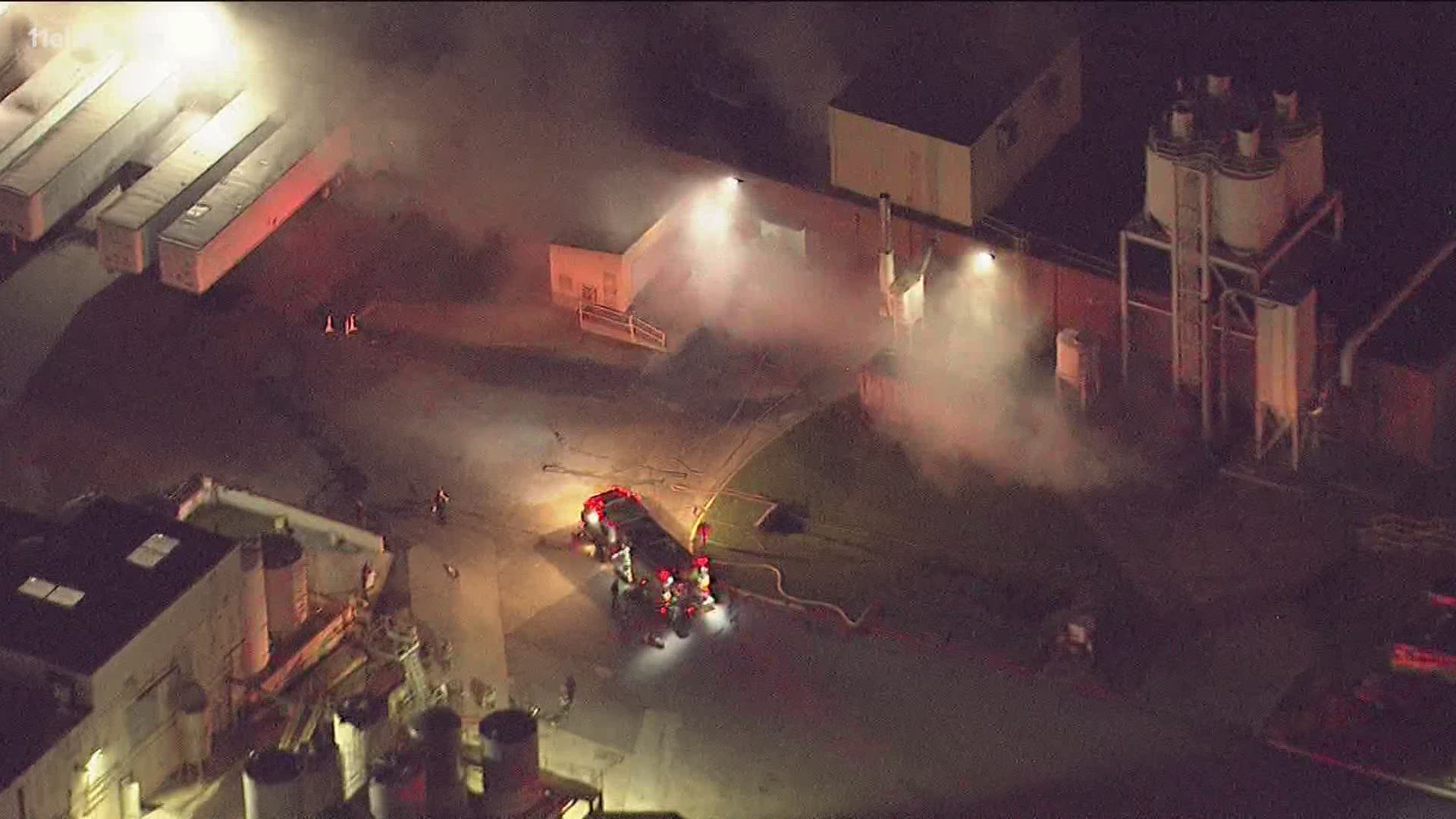 CONYERS, Ga. — The Rockdale County Sheriff's Office said they responded to a reported chemical incident sent smoke over parts of I-20 in Conyers on Monday morning.

A spokesperson for BioLab, located on 1700 Old Covington Highway, told 11Alive the incident was a chemical reaction and not a chemical fire as previously reported by law officials.

The reaction created a plume of smoke over the Conyers portion of I-20 -- mainly between Highway 138 and Sigman Road.

Traffic Tracker Crash Clark told commuters to avoid the area and seek alternate travel lanes. As of noon, that area of I-20 east and west were still closed.

According to Captain Kim Lucas with Conyers Police, the smoke and chemical are a "major" concern. Local businesses in the immediate area were told to evacuate, according to the Rockdale County Public Information Officer. Officials also said residents were encouraged to shelter in place at the time.

Firefighters being very careful approaching this chemical fire 1700 Old Covington Hwy in Conyers. Both sides on I-20 East & West are closed between Hwy 138 and Sigman Road. @11AliveNews @11AliveTraffic #11Alive pic.twitter.com/NYUIvdlPEL