All access to the bridge will be restricted through the end of construction in 2022. 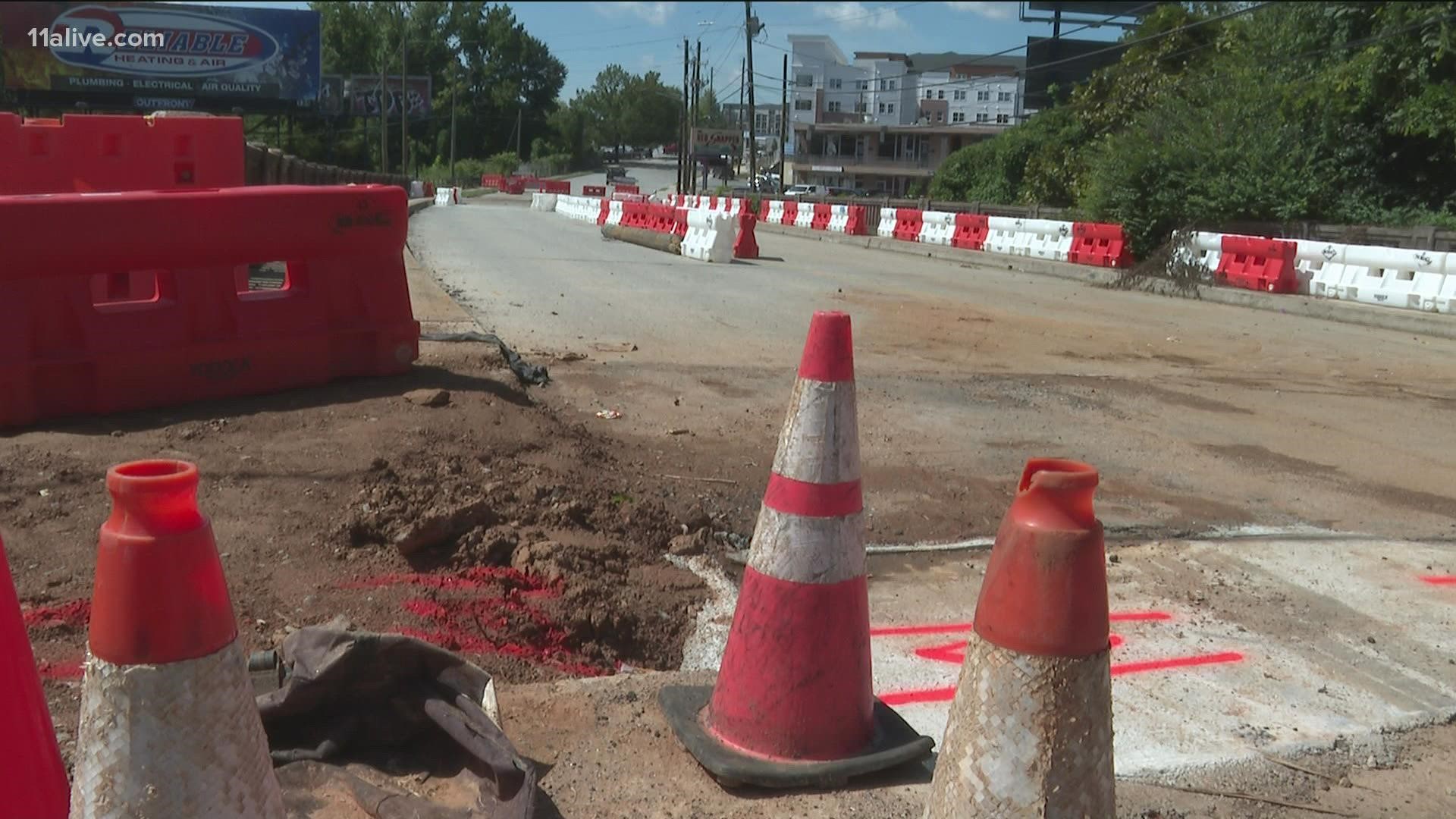 ATLANTA — Demolition work on the fire-damaged Cheshire Bridge is set to begin next week.

The City of Atlanta Department of Transportation (ATLDOT) said it has finished utility relocation work on the bridge over South Fork Peachtree Creek, making way for demolition work to begin the week of Nov. 8.

Cheshire Bridge closed after a fire broke out in early August. The initial fire damaged a 4-inch natural gas line, which caused the pipe to burst into flames.

According to ATLDOT, a demolition contractor was chosen in late September. Workers have been relocating power, water, gas, cable and phone lines off of the bridge and around the construction zone.

Final preparations for the demolition will finish on Sunday, with major demolition work starting later in the week. All access to the bridge will be restricted through the end of construction in 2022.

“We are grateful for the patience and continued support of the local community in the face of the tremendous inconvenience caused by the Cheshire Bridge closure,” ATLDOT Commissioner Josh Rowan said. “Issues encountered during the utility relocation process have delayed the start of demolition, but work should progress well from this point.”

ATLDOT said a designated contractor will work seven days a week, 24 hours a day to finish the demolition.

“We are currently preparing a bid package for design and construction and expect to have a contractor on board soon after demolition is complete,” Rowan said. “We remain committed to getting the bridge demolished and replaced as safely and quickly as possible.”

Businesses impacted by the fire have banded together to form the Cheshire Bridge Business Coalition. They previously sent a formal letter to the city to ask for help. Some business owners have said that they barely survived the pandemic and the fire, and construction on Chesire Bridge was another setback.