Chick-fil-A drive-thru lines are already blocking traffic. Why it's going to get worse at 2 locations

We love Chick-fil-A. But our love of waffle fries is leading to even bigger traffic woes on busy Charlotte roads. 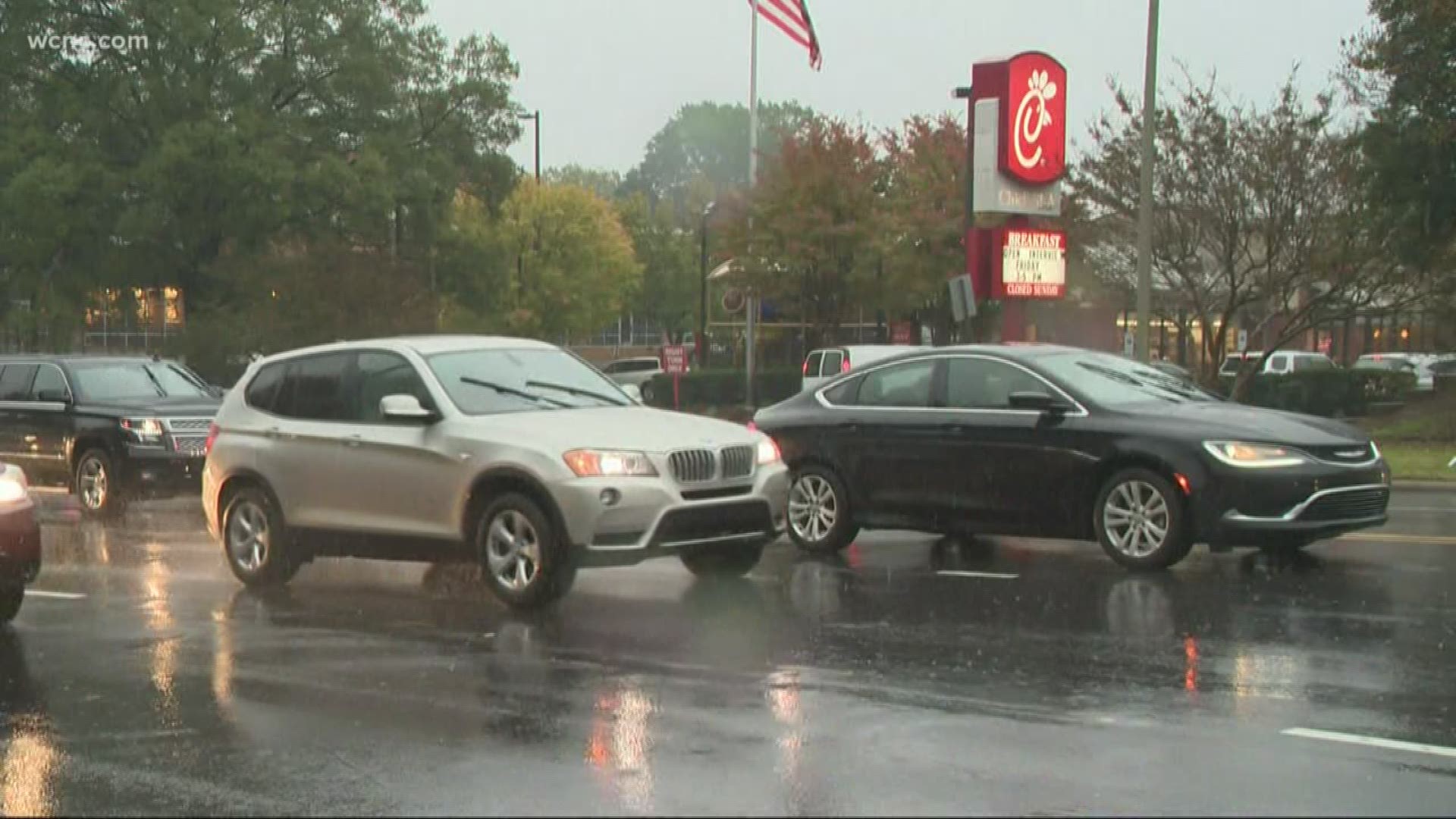 CHARLOTTE, N.C. — Let's face it, a lot of people love Chick-fil-A. And when you eat more chicken, there's going to be more traffic.

So even though the Queen City loves nugs and waffle fries, the traffic backups that come along with the busy drive-thrus are driving people crazy. Whether you're stuck in bumper-to-bumper traffic waiting for your fix or you're just trying to avoid it, you're in a jam.

During breakfast and lunch hours, seemingly every Chick-fil-A in Charlotte has long lines that snake onto main roads and block lanes.

One viewer wrote in, saying she's tired of the mess on Randolph Road created by the Chick-fil-A. A survey on NBC Charlotte's Facebook page shared that sentiment: We love Chick-fil-A, but we hate Chick-fil-A traffic. The Woodlawn Road and South Boulevard locations also received complaints for the long lines.

That's going to change soon for the Woodlawn location. In February, the Charlotte City Council approved a change they believe will keep the traffic on restaurant property. By next August, that location will be drive-thru only with some outside seating. As for Cotswold and South End, managers say they're looking at ways to alleviate traffic but there are no plans to change the design of the buildings or parking lots.

RELATED: You can soon get Chick-Fil-A at the Spectrum Center

RELATED: Does Chick-fil-A have the slowest drive-thru? One study says so

And it could get worse. A manager at the South Boulevard location said they expect to get most of the Woodlawn customers once construction crews break ground on the remodel. Which means even more traffic and delays on one of Charlotte's most crowded roads.