The teens were taken to the hospital to be treated for their injuries. 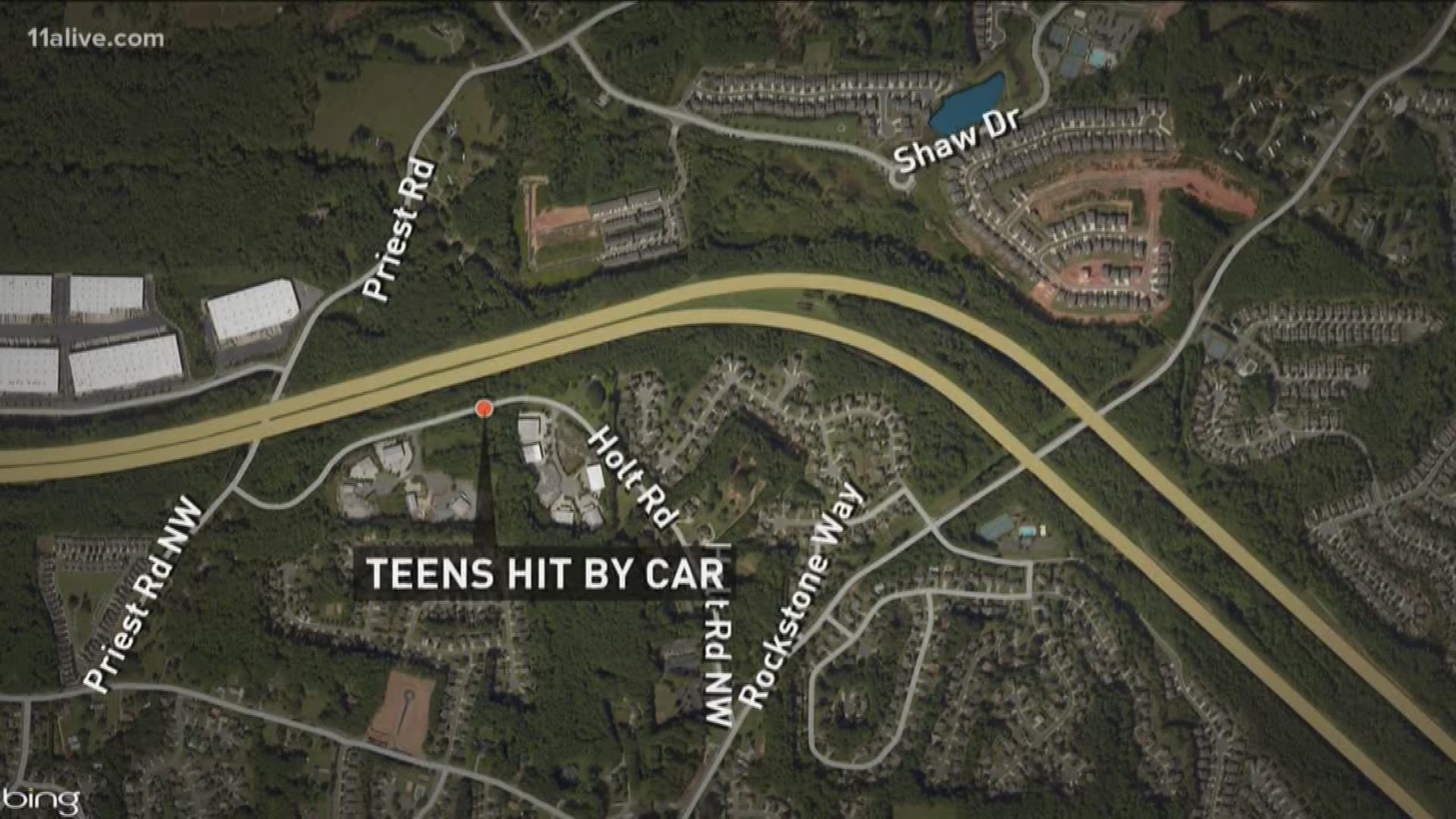 COBB COUNTY, Ga. — Cobb County has decided to take action after two teens were hit in March as they used a crosswalk near Wheeler High School.

County officials said their department of transportation engineers worked along with the Cobb County School District to plan safety improvements.

On March 9 at around 7 p.m, the teens tried to cross Holt Road between Wheeler High and where East Cobb Middle School used to be. Around the same time, a 73-year-old driver of a Mercedes-Benz SLK350 approached the crosswalk. As the teens crossed into the northbound lanes of Holt Road, police said the driver hit both of them.

The teens were taken to the hospital to be treated for their injuries.

RELATED: 2 teens seriously hurt after being hit in crosswalk

Transportation engineers and members of the school district met this week to compare notes and come up with a plan. They want to install a “rectangular rapid flashing beacon” device at the crosswalk, which would include a raised median providing a pedestrian refuge in the middle of the road.

They also want to relocate the crosswalk away from a nearby side street and combine it with another crosswalk north of the current location.

In addition, officials discussed closing an exit from a parking lot across from the high school near the crosswalk and updating the pedestrian warning signs in the area. They think upgrading street lighting would also help.

Cobb DOT and the school district plan on working together to pay for the safety improvements.

Before the March accident, Cobb said they had already planned a pedestrian survey on Holt Road. They installed cameras and other devices and are still studying the results.

As for the two teens who were hurt, Cobb officials said they are expected to recover. Police gave the driver a citation.