The Georgia Department of Transportation says the rush hour use of the shoulder along a six-mile area of highway is going away to make room for something even better. 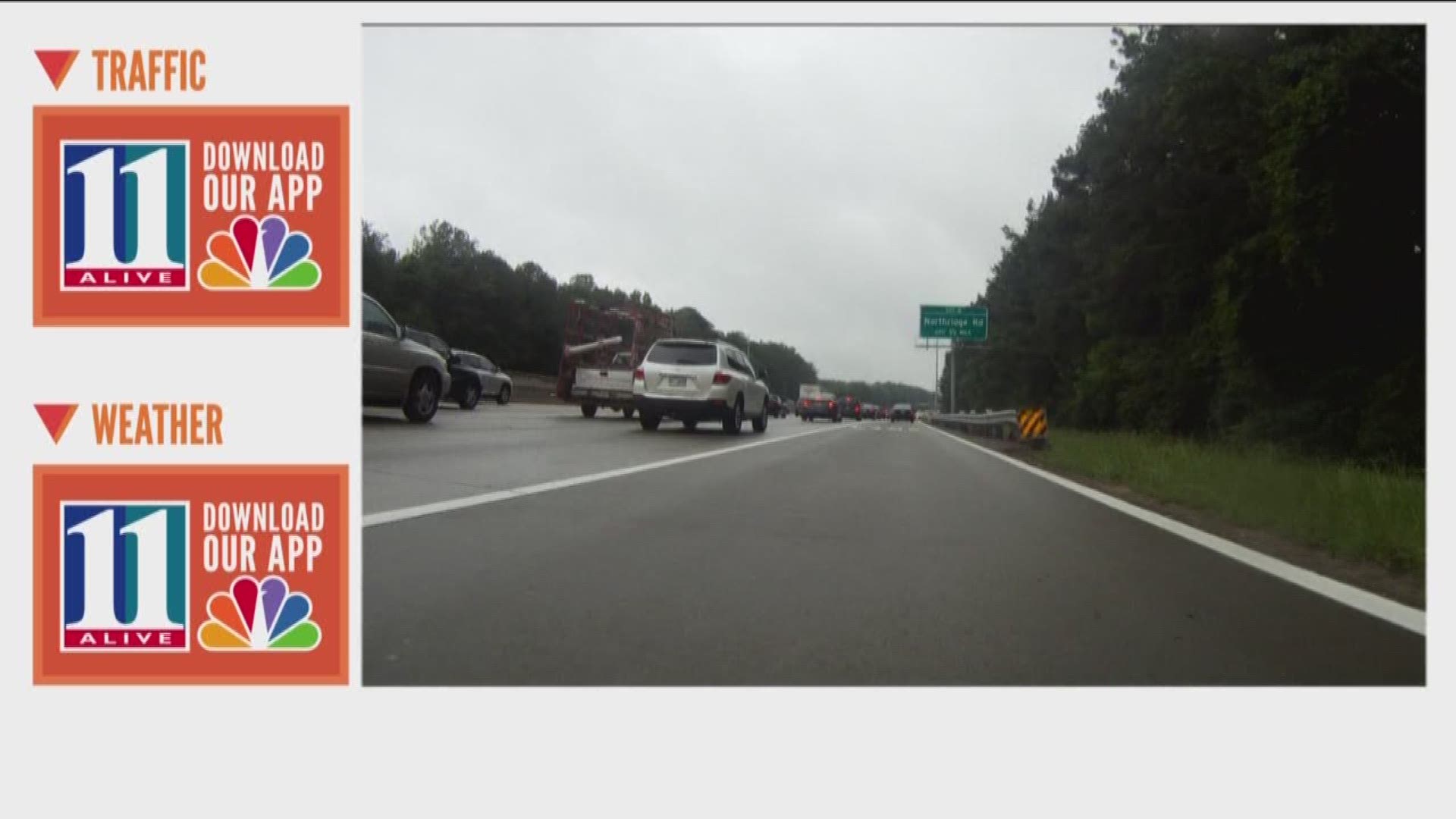 ATLANTA – The Georgia Department of Transportation is preparing to close a stretch of the flex lanes along Georgia 400 that commuters have enjoyed the past five years.

The Georgia Department of Transportation says the rush hour use of the shoulder along a six-mile area of highway is going away to make room for something even better.

“The flex lanes will be removed because we'll be working in those areas in the next several months, so by the end of the year,” says GDOT’s Natalie Dale.

Currently, rush hour commuters have noticed orange barrels in the flex lane on Georgia 400 southbound. Crews are clearing trees between Northridge Road and I-285 to make room for the construction of additional lanes.

In addition to the improvements to the interchange, crews will build Collector Distributor lanes along both Georgia 400 and I-285. The additional lanes will separate exiting traffic from the general flow of traffic.

The Collector Distributor lanes will stretch 6.2 miles along SR 400 from the Glenridge Connector to Spalding Drive.

Dale says the new configuration will eliminate the need to use the shoulder as a flex lane during rush hour.

“The flex lanes were sort of a quick and easy sometimes solution,” says Dale. “You're getting a much better fix.”

When GDOT first opened the shoulder lanes along certain areas of Georgia 400 during the morning and afternoon rush, commuters were pretty excited.

“Congestion in the mornings tends to be pretty bad on 400 southbound, and I think it will free up some lanes,” said one commuter.

That was five years ago.

The timing of when the flex lanes will close along the six mile stretch of Georgia 400 all depends on when the contractor needs the room, but GDOT says at that point, the lanes will permanently revert back to normal shoulder lanes.

Commuters will then wait it out for the Collector Distributor lanes that will open in 2020.

Dale points out commuters are not losing a general purpose lane, but a bonus lane used only a few hours a day.

“What you get in the end is going to be well worth some of the bumps and bruises along the way,” says Dale.