Police: Alcohol may be factor in I-285 crash that killed construction worker

Authorities said the worker was struck by a car in an ongoing work zone near Cascade Road. 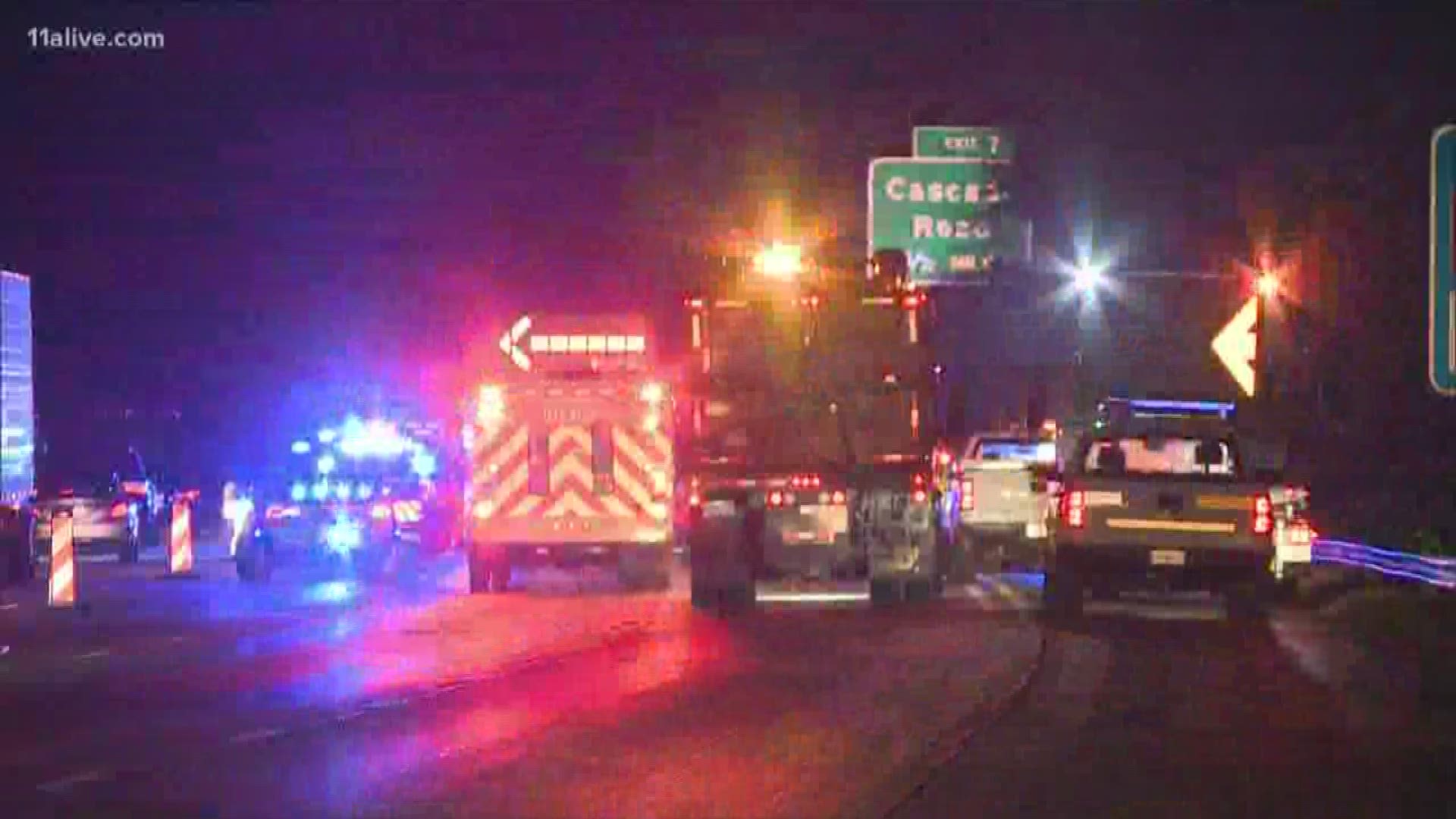 ATLANTA — Atlanta Police have identified the driver they say hit and killed a construction worker that was working on I-285 near Cascade Road early Sunday morning.

Police have arrested 22-year-old Nadia Butterfield in the crash and they suspect alcohol may have been a factor.

According to Atlanta Police, officers responded at about 2:30 a.m.

When they arrived, they found that a car had entered the closed portion of the interstate and struck a guardrail. The car continued traveling alongside the guardrail for several hundred feet before hitting a construction worker. The car then struck a parked construction vehicle before coming to a stop.

The construction worker was taken to Grady Memorial Hospital, where he died as a result of his injuries. He was later identified by the Fulton County Medical Examiner's Office as 21-year-old Chad Mickler.

Butterfield was charged with reckless driving and homicide by vehicle. Additional charges could follow the results of a blood test.

The Georgia Department of Transportation reports that fatal work zone crashes are up in the state - more than doubling from 23 in 2014 to 55 in 2017. There were 52 fatalities in work zones in 2018 alone.

One of the crashes this year was in May when 28-year-old Justin Bagley was killed as he was working with a crew on Tara Boulevard in Clayton County.

In the same month, veteran firefighter Sgt. Darrow Harden was hurt when a car hydroplaned into him as he was getting out of a fire engine along I-85 near Cleveland Avenue.

"I think it underscores just the very environment that our firefighters work in on a day-to-day basis," Atlanta Fire Chief Randall Slaughter said.

Harden's left leg was amputated on impact and he received severe injuries to his right leg.

"All they want to do is what we do here in the office setting," GDOT Commissioner Russell McMurry. "... go home at the end of the workday."

It's also the reason why, each year, GDOT wages a campaign to urge drivers to slow down in work zones, keep a safe distance and pay attention to road signs.

"No family should ever have to experience the devastating news of a loved one being killed on the roadway or being injured," McMurry said.

It's the second accident in that area within hours overnight.  Authorities said about 20 people were taken to the hospital, some with serious injuries, after a large multi-vehicle wreck that happened late Saturday night on I-20 near I-285.

Atlanta Police are continuing to investigate the cause of that wreck.