At least one resident believes she heard the aircraft minutes before it came crashing down. 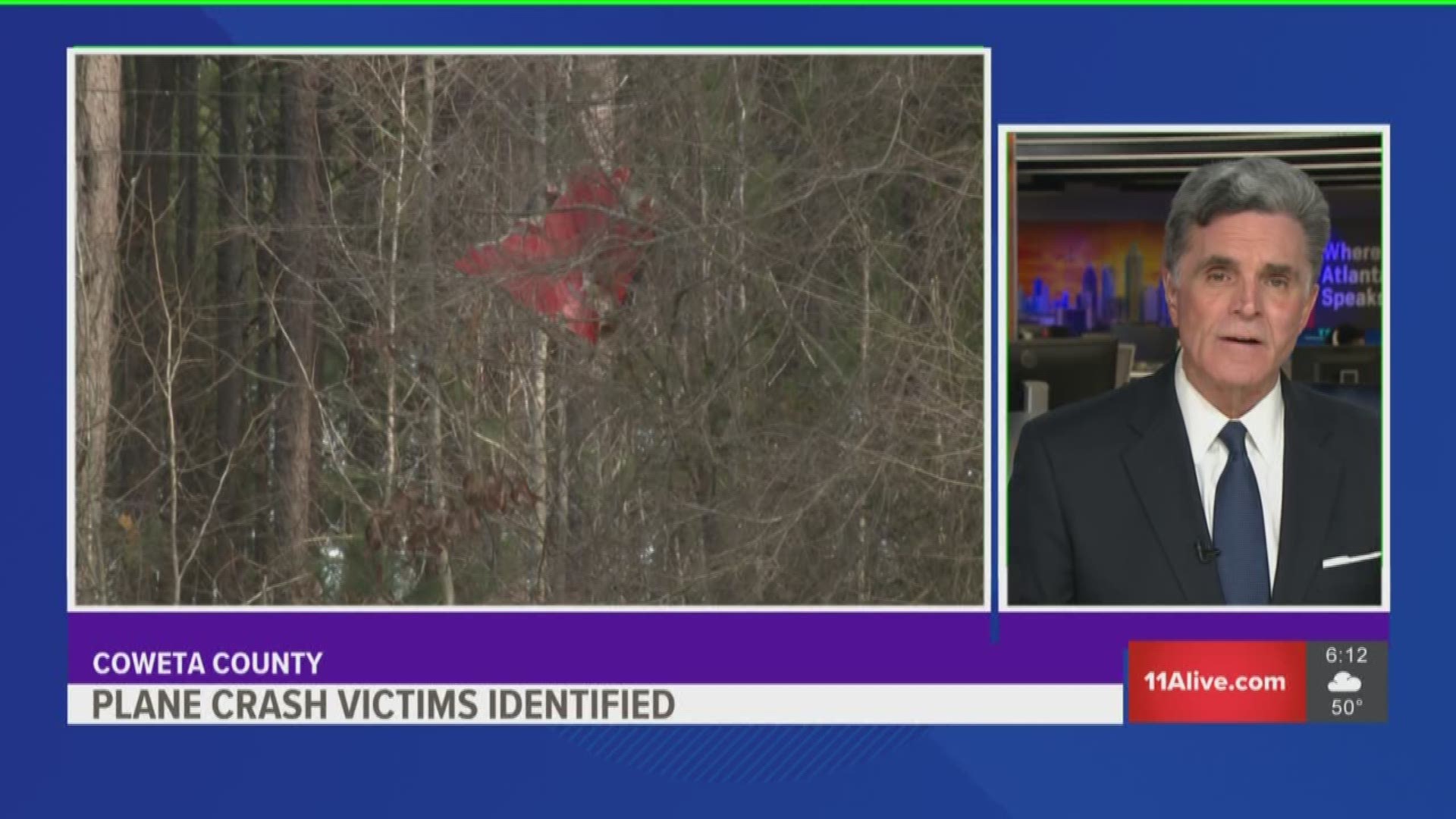 COWETA COUNTY, Ga. — Two people have died in a plane crash in Coweta County. Now, federal agencies are investigating and locals are describing what they saw - and heard.

According to the Georgia Department of Transportation, a small plane came down on Georgia Route 16 on the westbound side near Tinsley Way.

All lanes were blocked as a result and, at this point, details are still very limited. However, Coweta County authorities were able to confirm two deaths as a result of the crash. The coroner identified the pilot Mark Nowosielski, 43 of Ocala ,FL and passenger Nathan Sorenson, 13 of Senoia, Ga. as the victims. He said they were friends, but were not related.

The Federal Aviation Administration said a Mustang 2 aircraft crashed into a wooded area about a half-mile from Big T Airport near Senoia, Georgia around 5:13 p.m.

For Desirae Walker and her mother, it was a typical night of work at the "Wings on Wheels" food truck - at least to begin with.

"We heard the plane fly across and the trailer always shakes because it's a plane," Desirae said.

She believes it was the same plane that ultimately crashed into the woods just down the street five minutes later.

"I heard something rattle and planes aren't supposed to rattle," she said.

She said police and fire rushed to the scene a short time later.

First responders and members of law enforcement shut down Highway 16 as soon as they arrived. And it stayed that way for hours. And it still wasn't the same even after the road reopened.

"I feel horrible for the families because nobody wants to go through that," Desirae said. "Especially right after the holidays."

The National Transportation Safety Board has joined the investigation and will search for the probable cause of the deadly crash.

The Coweta County Sheriff's Office hopes to have an update on Sunday morning.