GSP investigating after crash sends woman over I-85 South bridge 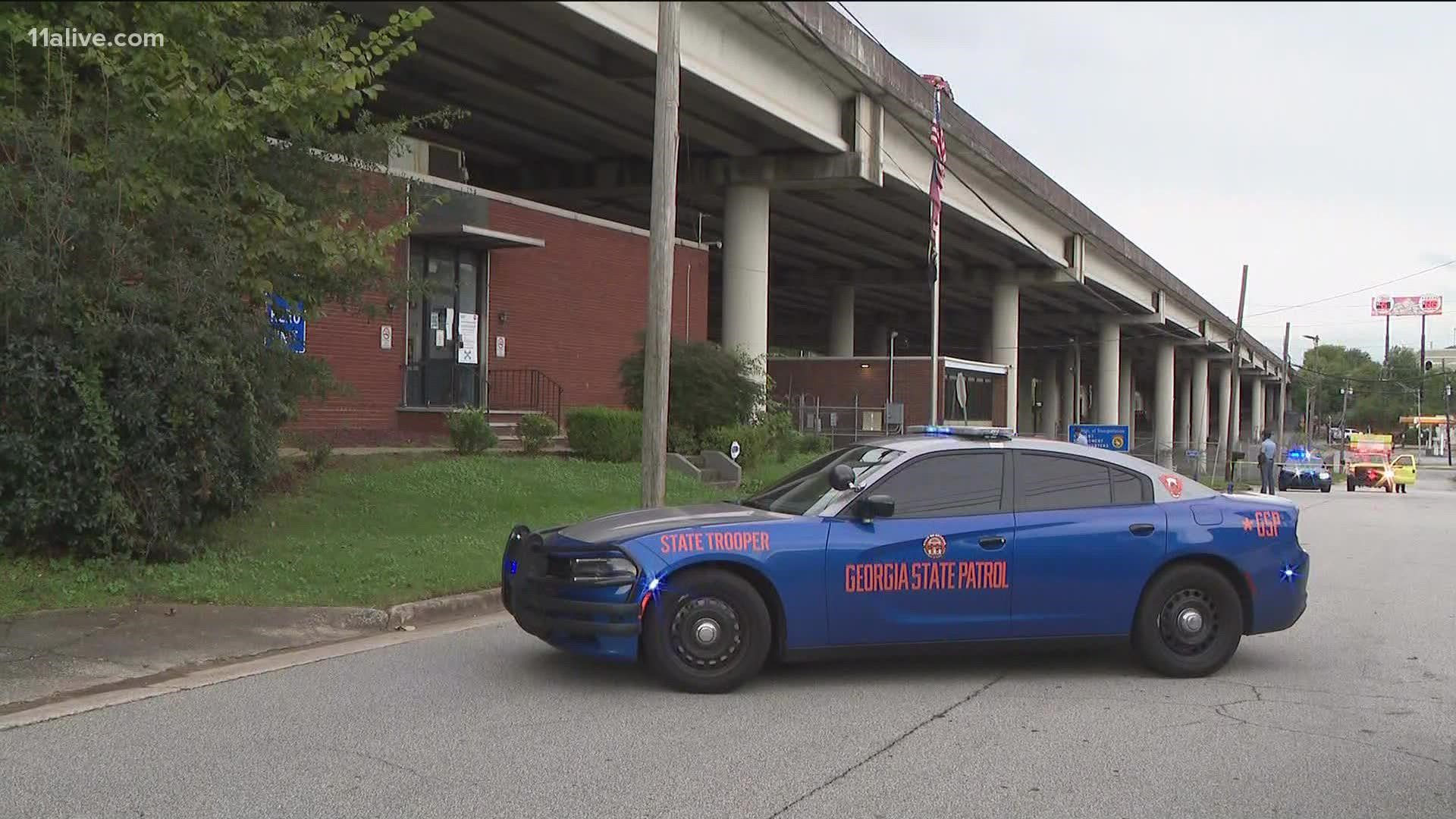 ATLANTA — Georgia State Patrol is investigating after a woman was hurt in a crash that sent her over a bridge Monday afternoon.

The accident happened near I-85 S and Plasters Avenue around 4:05 p.m.

According to GSP's preliminary investigation, a driver in a Chevrolet Camaro was weaving in and out of traffic at a high speed on I-85 just south of Piedmont Road.

Witnesses told GSP that the driver of the Camaro was racing another vehicle and struck the driver of a Kia Optima, which caused the driver to lose control and go into the right emergency lane. At that time, a woman in a broken-down Chevrolet Cruz was already in the emergency lane when the crash happened.

The impact of the crash caused the woman in the Chevrolet Cruz to be launched off the interstate bridge. GSP said the woman landed on Plasters Avenue NE, near the HERO headquarters.

She was taken to Grady Memorial Hospital with serious injuries.

Earlier in the day, the woman's car was seen at the side of the bridge.

The driver in the Camaro is being charged with reckless driving, too fast for conditions, failure to maintain lane, improper lane change, and serious injury by motor vehicle.

Editor's note: This story has been updated to clarify how the impact of the crash sent the woman over the bridge.