Crash cleared after 7,500 gallons of diesel spilled on I-285

A truck driver was taken to the hospital in critical condition. 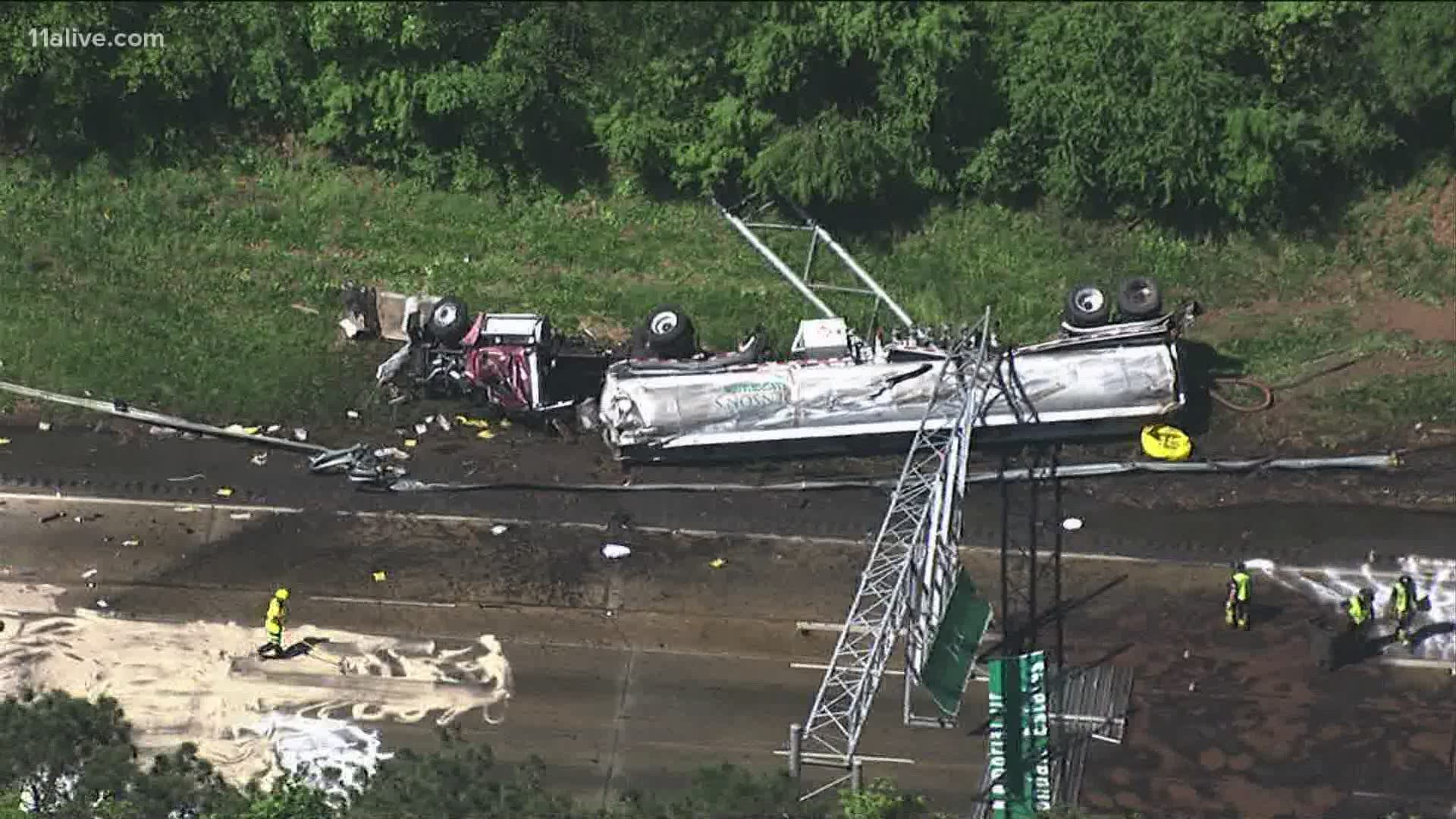 DEKALB COUNTY, Ga. — A crash that shut down multiple lanes on I-285 in DeKalb County for hours has been cleared, according to the Georgia Department of Transportation.

A truck driver was taken to the hospital in critical condition after being involved in a wreck that left 7,500 gallons of diesel spilled on I-285 Monday, fire officials report.

It happened in the southbound lanes near the Ponce de Leon exit between Church Street and Memorial Drive in DeKalb County around 11:30 a.m.

According to the DeKalb Police Department, a sign fell as a result of the wreck and caused major traffic delays. Authorities are working to learn if the driver was injured in the wreck or by the downed traffic sign.

Traffic was diverted onto E. Ponce de Leon Avenue towards Glendale Road and Northern Avenue, authorities said in a tweet.