Lanes are shut down heading into the I-75 split Atlanta Police said. 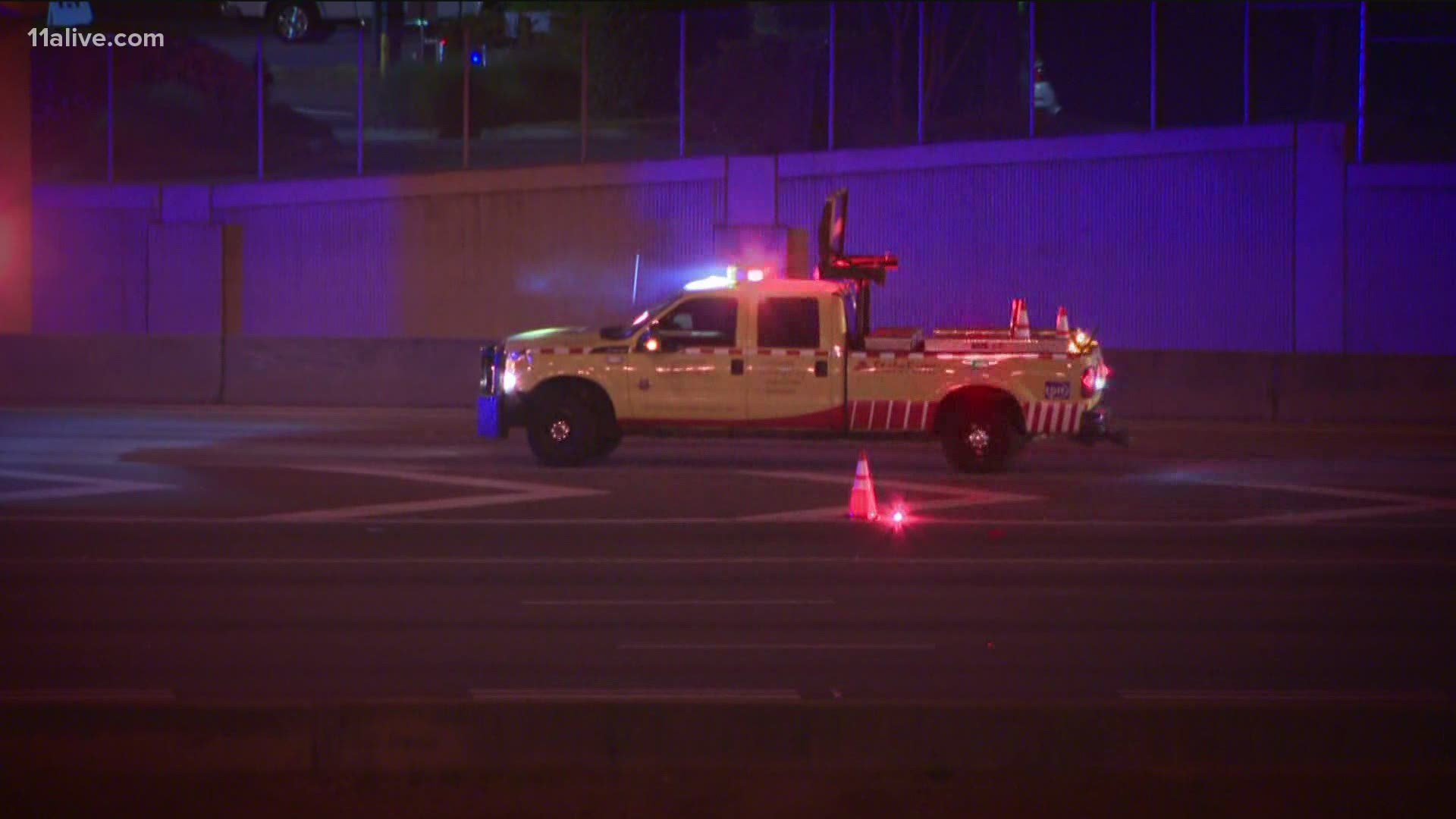 ATLANTA — Atlanta Police say one person is dead following an accident on the Downtown Connector that involved a pedestrian.

Atlanta Police Officer TaSheena Brown confirmed that the accident happened in the area of the Downtown Connector and 17th Street around 10:30 p.m. Monday.

The accident killed one person but police said the driver remained on the scene.

Police said the adult man ran into the roadway and was struck. They said charges are "not anticipated" and they are working to notify next of kin.