Eastbound lanes reopen after huge vehicle fire on I-20

The firefight and resulting cleanup blocked I-20 traffic at I-285 for hours. 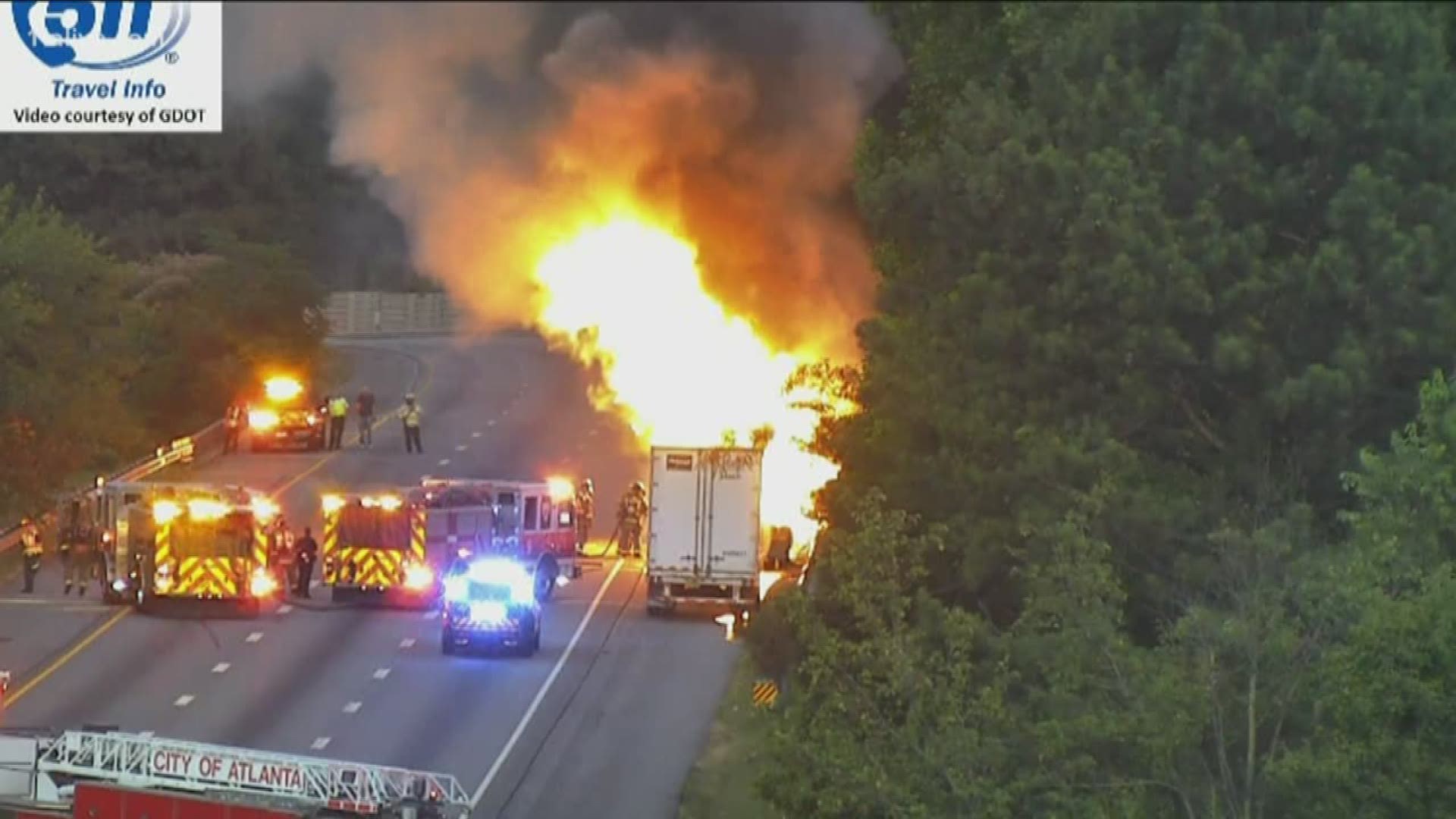 ATLANTA — Drivers on I-20 on Atlanta's westside can finally breathe a sigh of relief with eastbound lanes reopening.

According to Georgia Department of Transportation, all lanes were blocked just before 9 p.m. due to a vehicle fire. GDOT video showed the flames settle and then flare up again multiple times as crews worked to get them under control.

Atlanta Fire Rescue hasn't yet released many details on the fire, what was burning or the cause. However, there were no reports of injury as of the previous update from Atlanta Police.