Everything you need to know about Georgia's Hands-Free Law

Keep one major thing in mind: There is no 90-day grace period provision in the new Hands-Free law. 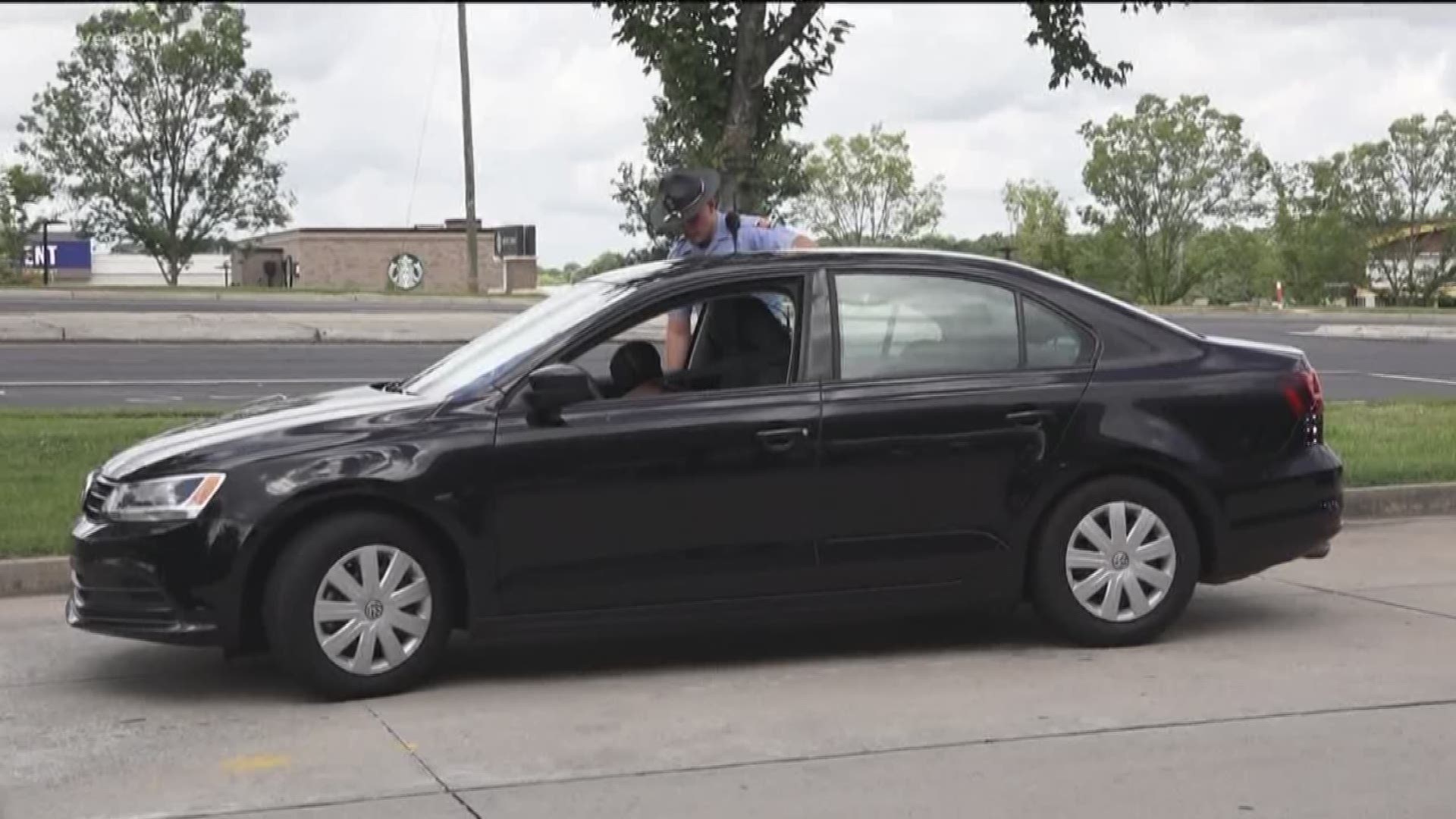 Georgia's hands-free law took effect on Sunday, July 1, 2018. It is a sweeping, landmark measure that has been under consideration for several years and will affect all of us as Georgians in one way or another.

"I saw your phone in your right hand so that is going to be a violation of the law," said Croscutt.

If you hear an officer say that, you’re in for a ticket and a $50 fine. If it’s not your first offense, the fine goes up from there.

But since the law just went into effect, Trooper Croscutt had a little mercy.

"Just giving you a warning for today," he said, and educated her on what to do from now on. "You can use that Bluetooth, that’s fine, especially since it’s tied into your vehicle. You just can’t have that phone in your hand. You have to have your hands free."

Less than 30 minutes later, they found another driver with a cell phone in her hand. This driver told Croscutt she was using the phone for GPS purposes, which he explained was OK, as long as you have it mounted.

With the flurry of information that has passed back and forth across the state in recent weeks, many people have been left confused by some portions of the new law and its provisions.

We have put together a resource that will answer your questions and make sure that you have what you need so that, when the law takes effect this weekend, you are ready.

Under the new hands-free law:

A driver is prohibited from having a phone in his or her hand or using any other part of their body to support a phone.

Music streaming apps may be used, provided the driver activates and programs them when they are parked. They may also be activated and programmed via voice command. Drivers cannot touch their phones to do anything to their music apps when they are on the road. 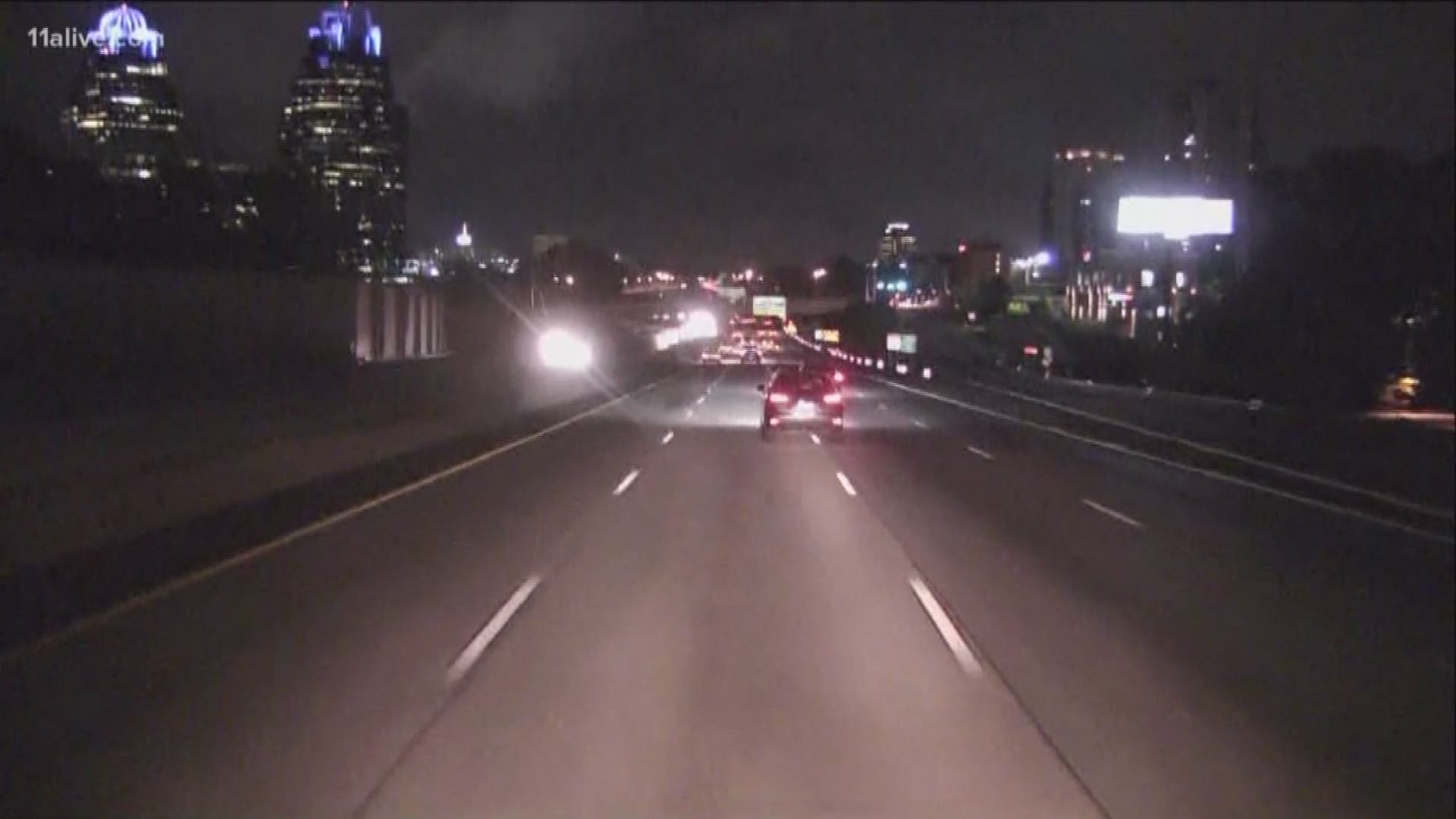 Exceptions to the law:

Citations can and will be issued starting July 1 for any violation of Hands-Free Law, including those where the violation involves a traffic crash. There is not a 90-day grace period provision in the Hands-Free Law.

The fines and penalties for violators of Georgia's Hands-Free law are as follows:

If a driver receives 15 points in penalties within a 2-year period, their driver's license would be suspended.

► There is no grace period with Georgia's new Hands-Free law

Why is this law needed in Georgia?

Georgia has seen significant increases in traffic crashes, fatalities and bodily injuries. Most of these have come from rear-end crashes, single-car crashes and crashes by younger drivers (those in the 15 to 25-year-old age group). Law enforcement officials have stated that these incidents are a clear indication of driver inattention.

Could I still talk on my phone while driving?

Yes, as long as it is done through hands-free technology. Drivers would be able to use their phone’s speakerphone, Bluetooth technology, an earpiece, a headphone or other device to allow them to communicate on a hands-free basis.

Could I touch my cell phone to dial a number or receive or end a call?

Yes. The law would simply prohibit drivers from holding or supporting the phone.

Would I be required to purchase a hands-free accessory, such as a mount or a bracket?

No. The proposed law simply states that a driver cannot hold or support a mobile phone. A phone can be left on a vehicle’s console, a front seat, etc. However, for everyone's safety, law enforcement officials recommend the purchase and use of a hands-free device if using a mobile phone while driving.

My vehicle does not have Bluetooth technology/capability. How could I comply with the law?

Many online retailers offer Bluetooth adapters for vehicles without Bluetooth or similar technology built into the vehicle. These adapters can be found at local retailers or online by searching “Bluetooth hands-free car kit.”

What would the fines/penalties be?

First conviction: $50, one point on a license;

Third and subsequent convictions: $150, three points on a license.

Could I listen to online radio apps while driving?

NOTE: Music streaming apps that include video are in violation of the hands-free law. The law specifically prohibits drivers from watching videos.

Could I listen to music stored on my mobile phone, thus not requiring an internet connection?

Yes, as long as the driver is not holding or supporting the phone.

Could I talk to someone via video telephony apps, such as FaceTime or Skype, if doing so “hands-free?”

No. The proposed hands-free driving law states that a driver shall not “record or broadcast a video” on any mobile phones, iPads, computers, etc. while operating a vehicle.