The crash happened near the entrance ramp to Delk Road in Marietta. 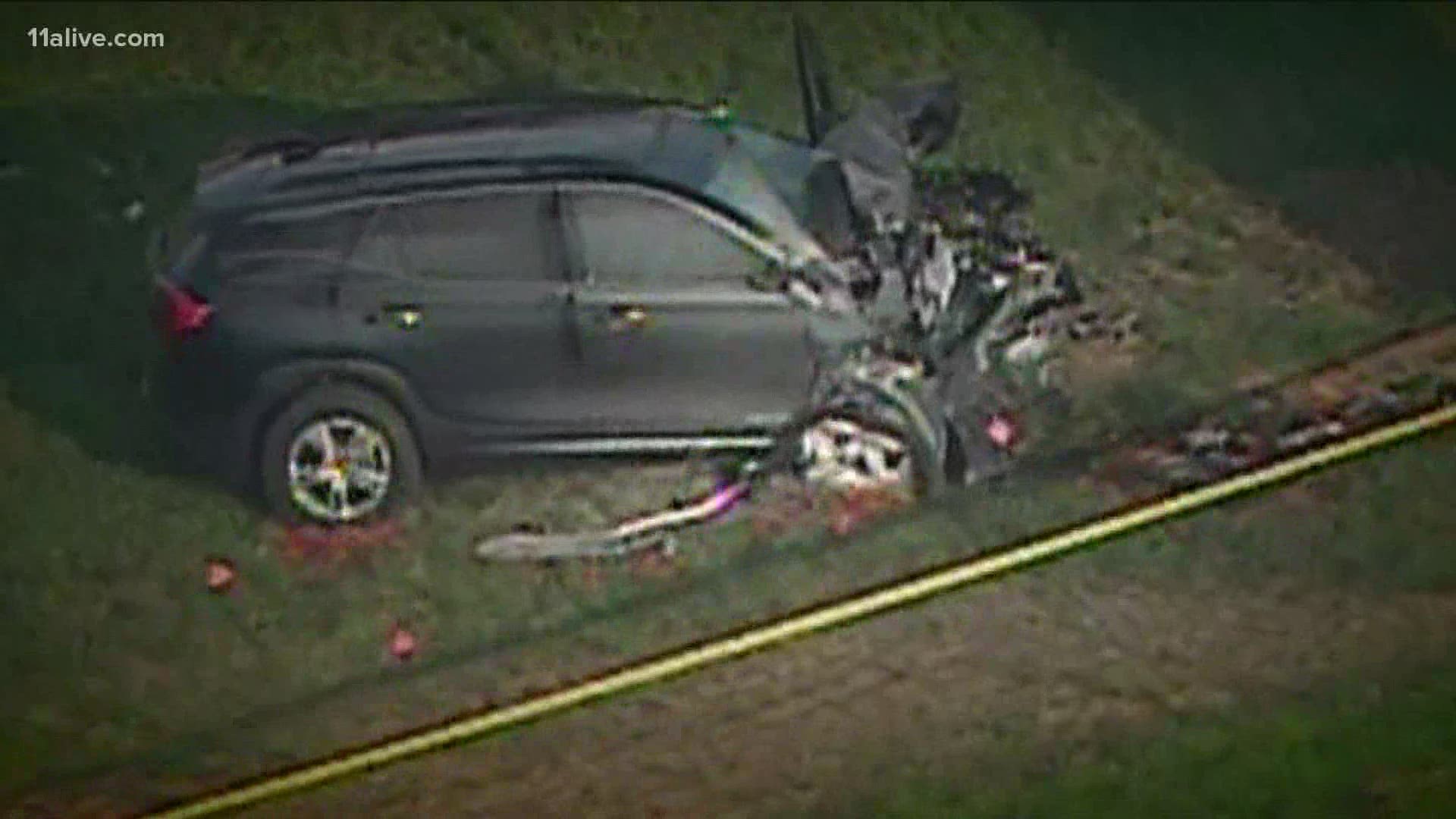 MARIETTA, Ga. — A fatality has been reported after a two-car crash on I-75 south in Marietta.

According to the Georgia State Patrol, the crash happened near the entrance ramp to Delk Road in Marietta.

Marietta Police said that an early investigation into the crash shows that a 2019 GMC Terrain was heading south on I-75 when it collided with a 20219 Mercedes Sprinter van. After the crash, police said the GMC left the road and hit a concrete bridge pillar.

GSP said a trooper was first to arrive on scene, and saw that one of the vehicles involved was on fire, though it's unclear whether it was the GMC or the van. GSP said the trooper was able to pull one of the drivers from the burning vehicle and performed CPR until medical crews arrived.

Marietta Police said the driver of the GMC was taken to Wellstar Kennestone Hospital, but said he died there.

The crash closed four southbound lanes, according to GSP. Marietta's STEP unit is currently investigating the crash. The cause is unknown.