Three dead when tractor-trailer slams into car on I-75

The victims' car was in stopped in the center lane of the interstate when it was struck, police said. 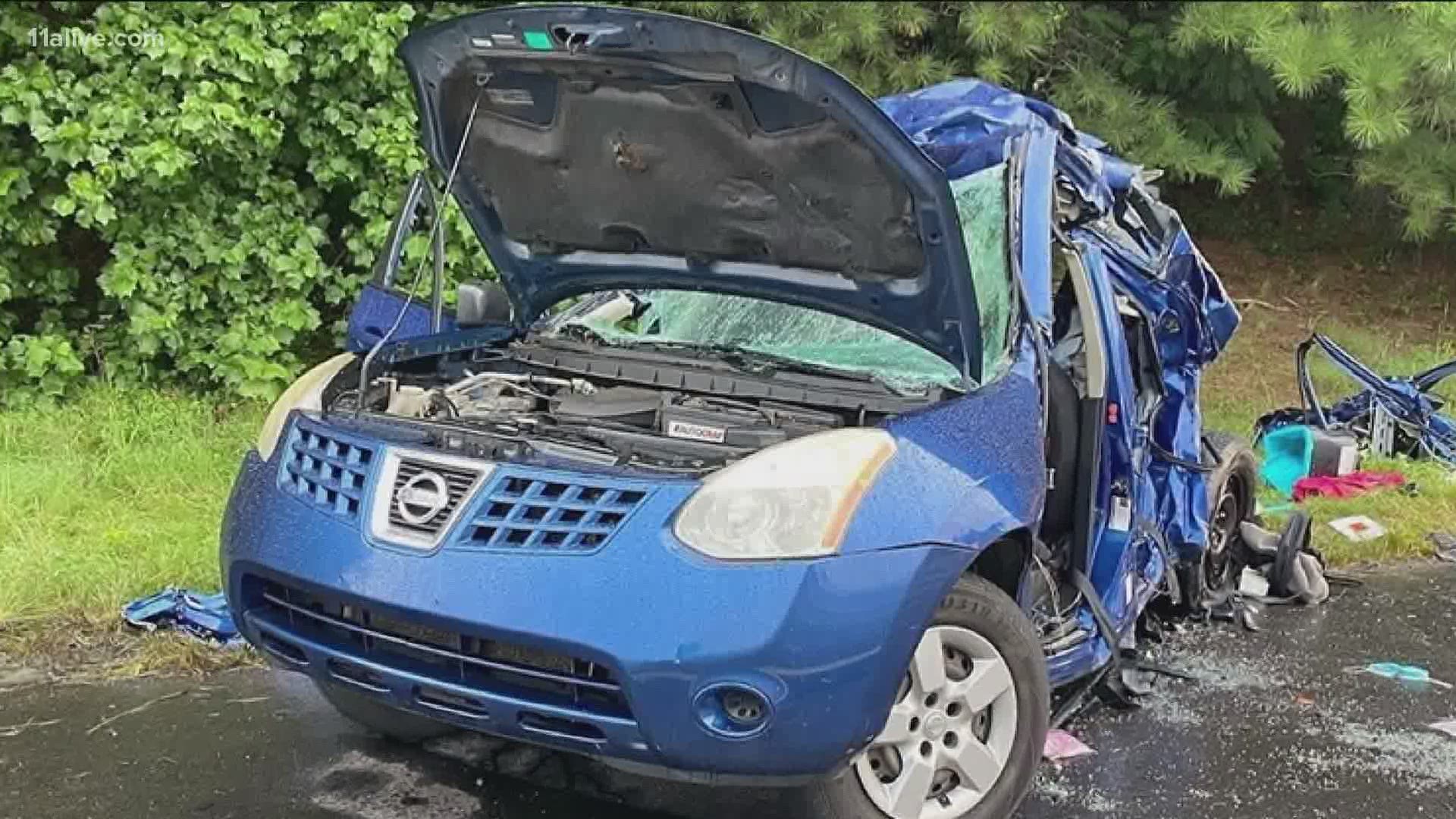 MARIETTA, Ga. — Police said three people were killed when the car they were in was struck by a tractor-trailer on Interstate 75, just north of North Marietta Parkway early Tuesday morning.

According to Marietta Police Officer Joshua Madison, a 2009 Nissan Rogue was stopped in the center lane of I-75 northbound at about 5:42 a.m., when it was struck by a tractor-trailer.

Madison said when police officers, along with firefighters and paramedics arrived, they found the Nissan along the right shoulder just north of the entrance ramp to the interstate from North Marietta Parkway.

He said all three people inside the Nissan were declared dead at the scene as a result of the crash. Madison said that the truck driver was not hurt.

Madison said it was not known why the Nissan was stopped before the crash.

The Georgia Department of Transportation said three right lanes of traffic were blocked by the wreck and by emergency personnel that responded to the scene.

Madison said the Marietta Police Selective Traffic Enforcement Program (STEP) Unit was called to the scene to investigate the wreck.

He said the three victims from the Nissan have been positively identified, but their names have been withheld pending notification of family members.

According to police, multiple northbound lanes and the ramp from North Marietta Parkway to northbound I-75 were closed for several hours for the police investigation.

Motorists in the area were directed to alternate routes to bypass the crash and subsequent investigation.

Once the on-scene investigation was completed and the vehicles were removed from the roadway, traffic was allowed to resume its normal flow on the roadway.

For updated traffic maps and times, please visit our traffic page at 11Alive.com/traffic.