It isn't expected to be cleared until 8 a.m., traffic officials say. 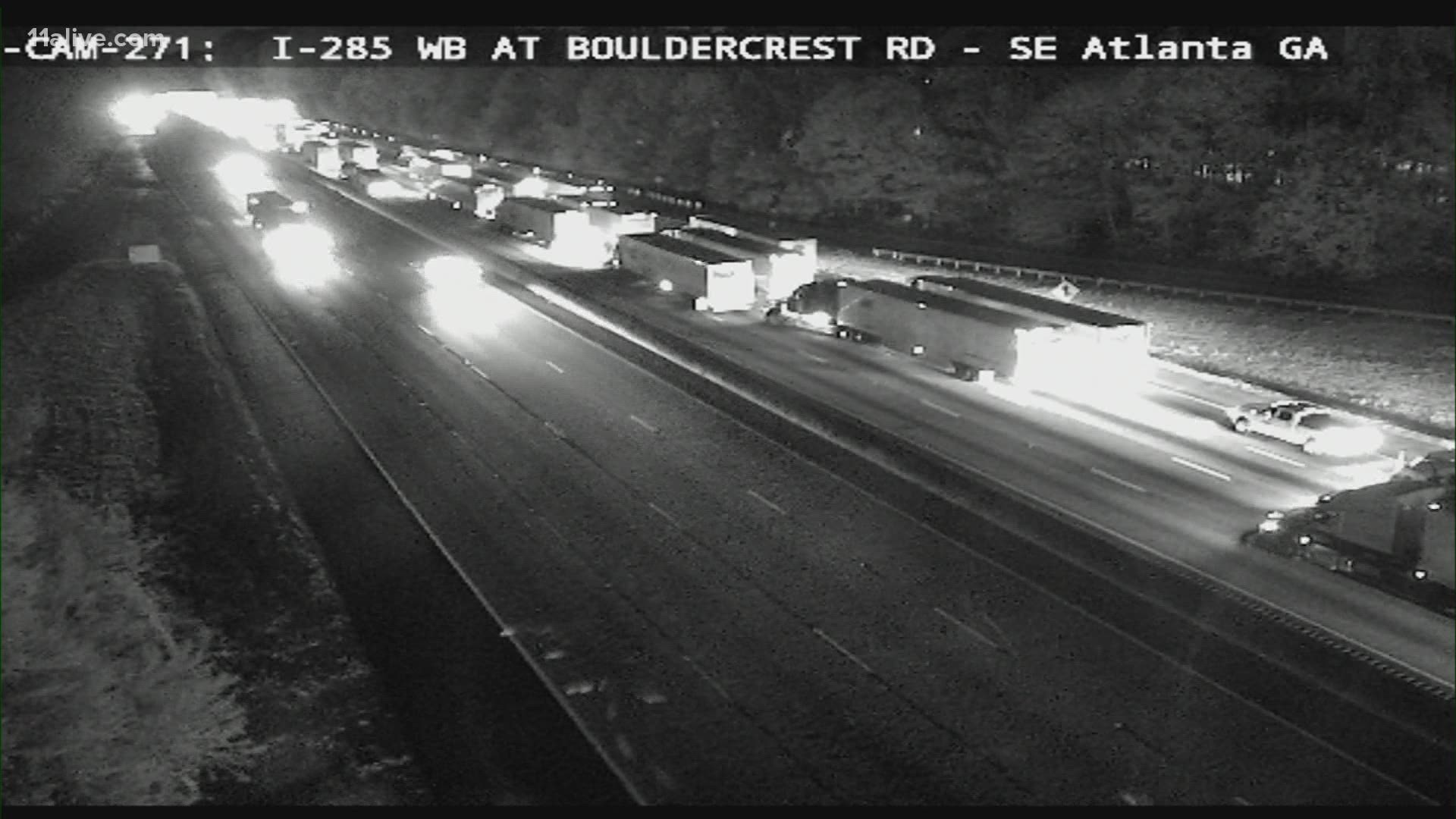 ATLANTA — Update: I-285 EB before Flat Shoals Pkwy has reopened after four hours of closure for a police investigation.

According to traffic officials, the crash happened on the interstate right before commuters reach the Flat Shoals exit. Now, traffic is stalled back to I-675.

Three cars were involved in the crash that claimed a person's life, authorities report.

The crash is expected to clear around 8 a.m.

RED ALERT: The gridlock continues on I-285 WB before Flat Shoals will all lanes blocked and traffic jammed back to I-675. Use I-75/85 NB to I-20 EB to avoid the delays. #MorningRushATL #11alive pic.twitter.com/MNOVHcUoAT