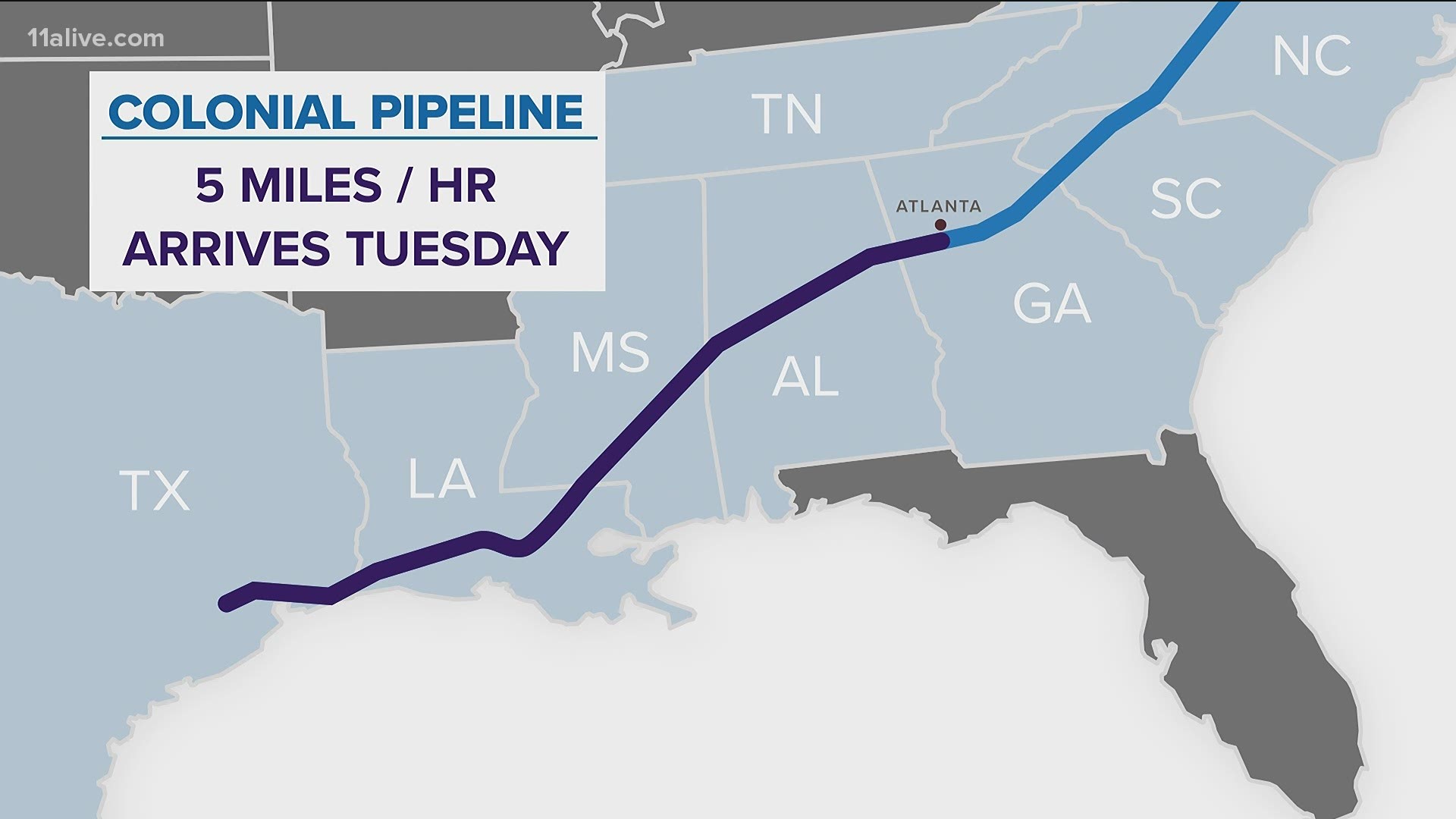 Colonial said that fuel deliveries in Atlanta restarted by midday and fuel was already in the pipeline when it shut down Friday following a cyberattack.

"Colonial is starting with product in the pipeline, which means that they started actually being able to deliver product as the pipeline was brought up Wednesday night," said Susan Grissom, analyst with the American Fuel and Petrochemical Marketers in an interview with 11Alive News.

However, the shutdown still impacted supply.

According to the U.S Energy Information Administration, fuel in a pipeline moves slowly, at only five miles an hour which is about walking speed.

From southeast Texas to Atlanta, the Colonial Pipeline stretches about 800 miles, then onward up the east coast toward New York.

Officials said at five miles an hour, the fuel would move 120 miles a day – meaning fuel that originated in Texas Wednesday night wouldn’t arrive in Atlanta until Tuesday.

Grissom explained spot shortages may continue through then, but if consumers buy fuel only as they need it, then there will be plenty of it.

RELATED: When is it gas price gouging?

"If I were a consumer in Atlanta, I would feel that the system is being restored. But the restoration process, it’s not immediate," she said. "And it will take some time for Colonial Pipeline to bring the pipeline back up to the speed at which it normally operates."

Grissom notes that Colonial Pipeline doesn’t own the fuel it ships. It’s got fuel destinations for the entire 800 mile length of the pipeline – meaning a lot of fuel goes right past Atlanta to points north, all the way to Linden, New Jersey.