Gas prices continue to drop at the pump across Georgia

Prices have fallen an average of 4 cents a gallon over the past week. 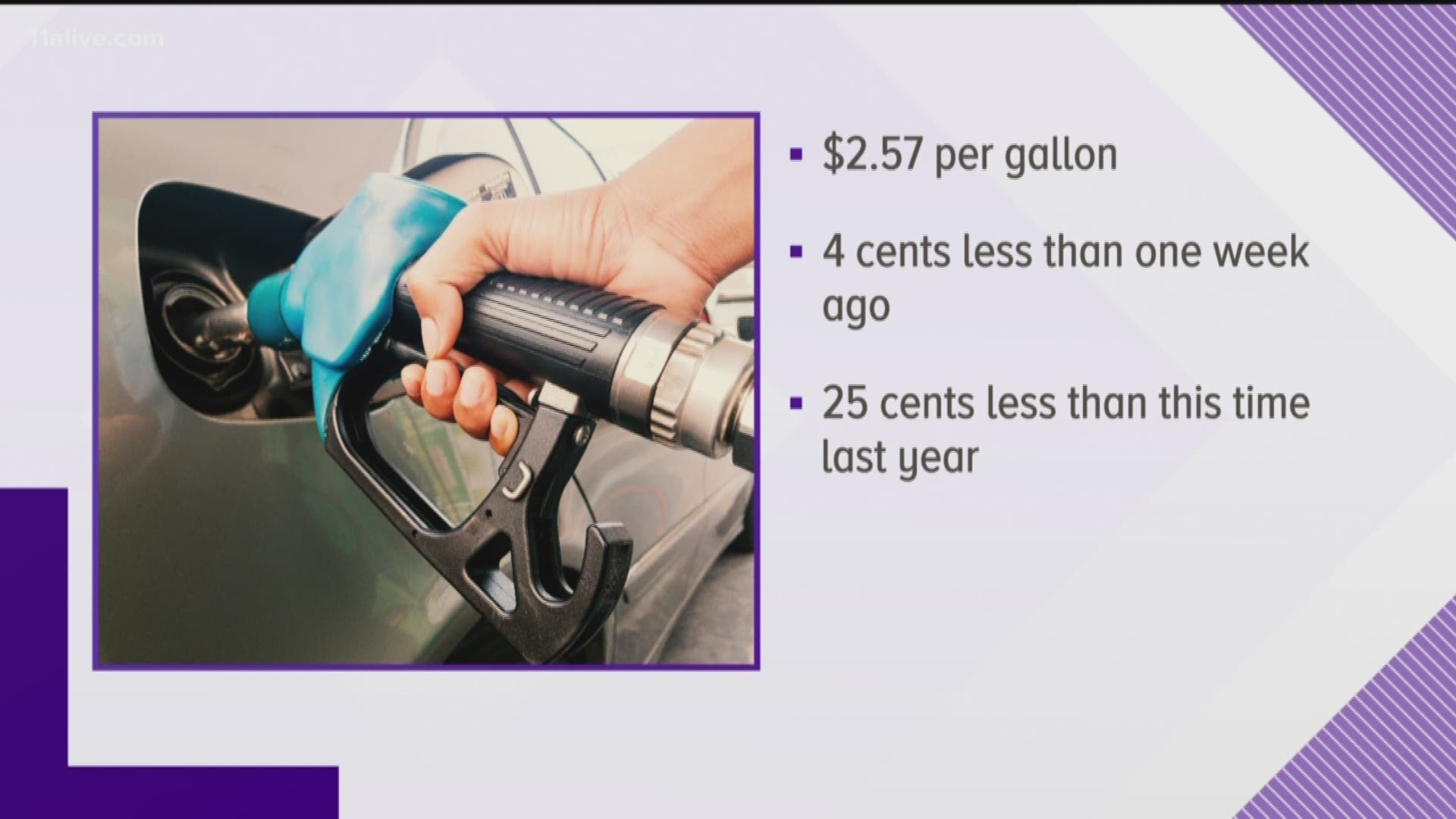 ATLANTA — Average Georgia gas prices are lower versus where they were one week ago, falling about 4 cents a gallon.

The statewide average for a gallon of regular unleaded gas is at $2.57, which is down 15 cents from a month ago and 25 cents below this point last year.

“Gas prices have been trending lower now for the past month and there are no signs of pump prices changing gears toward more expensive for the summer season as anticipated,” said AAA-The Auto Club Group spokesperson Montrae Waiters. “One major indicator supporting this forecast is the price of crude oil which last week dropped by $6 to $53 per barrel -- which is one of the lowest prices of the year.”

Gas prices across the South and Southeastern states are among the cheapest in the nation, running at an average of $2.57 per gallon or less with the single exception of New Mexico at $2.69 a gallon.

For a map the latest gas prices in and around metro Atlanta, please check the 11Alive Gas Prices page at 11Alive.com/gasprices.